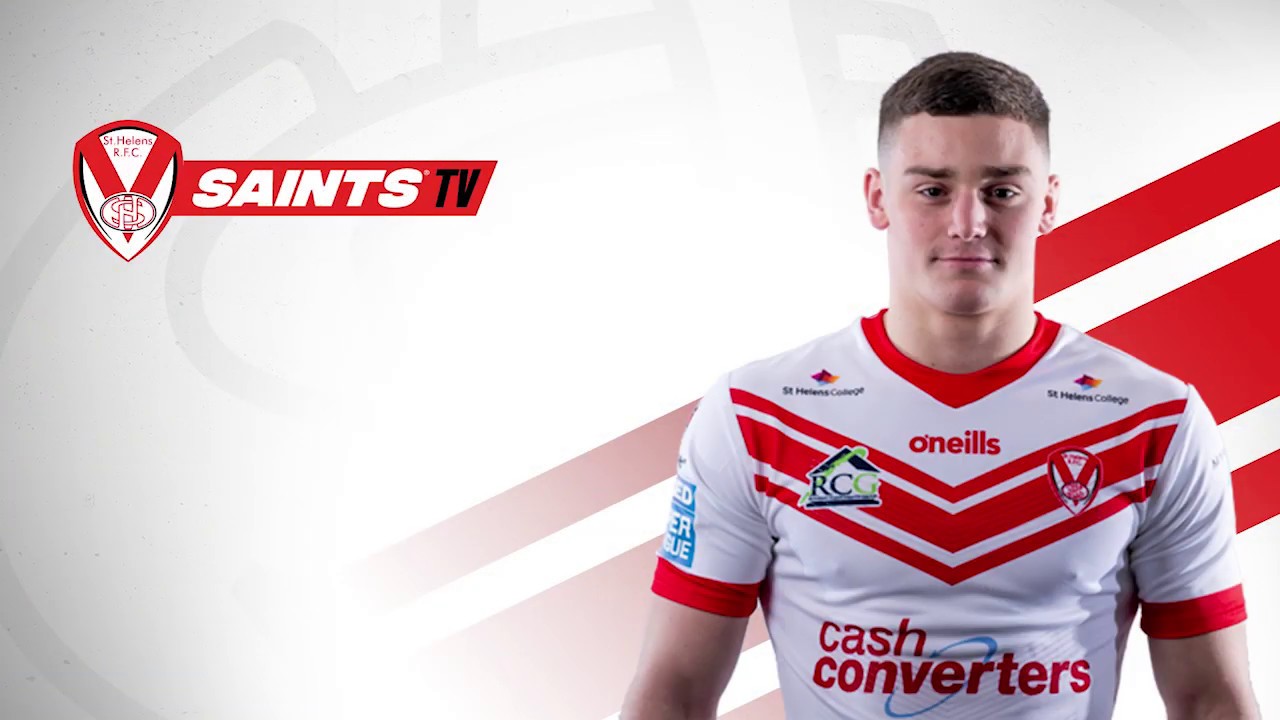 WATCH: Saints U19’s make it a double in Hull

The Saints gave a debut to big Cumbrian prop Connor Terrill and he had a hand in the opening score for Lewis Dodd driving the Saints up field. On tackle five Dodd moved the ball left to Matty Foster who punched through the line before feeding it back inside to Dodd who weaved his way to the posts.

Taking a leaf out of Halifax’s book the Hull 19’s went short on the restart catching the Saints out, but the ball was hacked dead.

The seven-tackle set started with big drives again from Terrill and his prop partner Jamie Pye. Again, on the fourth the Saints were in attacking mode and this time Jack Welsby moved it right where Josh Simm put John Hutchings diving over in the corner.

The home side persisted with the short kick offs getting much joy as the ball held up in the tricky breeze, but the extra possession was squandered under heavy tackling from the Saints who forced error after error.

The Saints took the game away from the Hull side with back to back tries around the 20-minute mark.

Foster scored the first sprinting in from 50 metres catching a loose ball which had been blasted out in a tackle.

The Saints fourth try came from some sparkling inter-passing. Welsby picked up possession from a quick Harvey McDaid play the ball and he jinked away before passing inside to Harvey who took it on found Welsby again who took it to the fullback before feeding the supporting Dodd to reach over at the sticks for a fine try.

The Hull side eventually found their feet with a set of six in the Saints 20 metre zone, but that only produced a fabulous defensive set from the Saints to keep them out.

And just before the break the Saints put the game to bed.

A great kick out of defence from Dodd was accompanied by a wonderful kick chase and a home knock on on tackle two. From the scrum Welsby ran left feeding Jumah Sambou who went over in the left corner.

The Saints started the second half as they left off with aggressive defence forcing the error on the Saints 20. It was a picked up by Simm who raced 80 metres to touchdown.

Hull responded and scored three tries from short kick offs before Lewis Baxter and Foster again scored for the Saints. Baxter powered over close to the line and Foster crashed over in the left corner after good work down the middle from Chris Kellett.

The last quarter the Saints took control again shutting the home side out. On the hour Captain Sam Royle capped yet another solid performance with a try down the right.

With 12 minutes to go Jamie Pye scored the Saints tenth and final try. He started the move with a good drive and finished it two tackle later crashing over from Welsby’s short ball.

Hear from Paul Nash and Head Coach Derek Traynor on the win below….