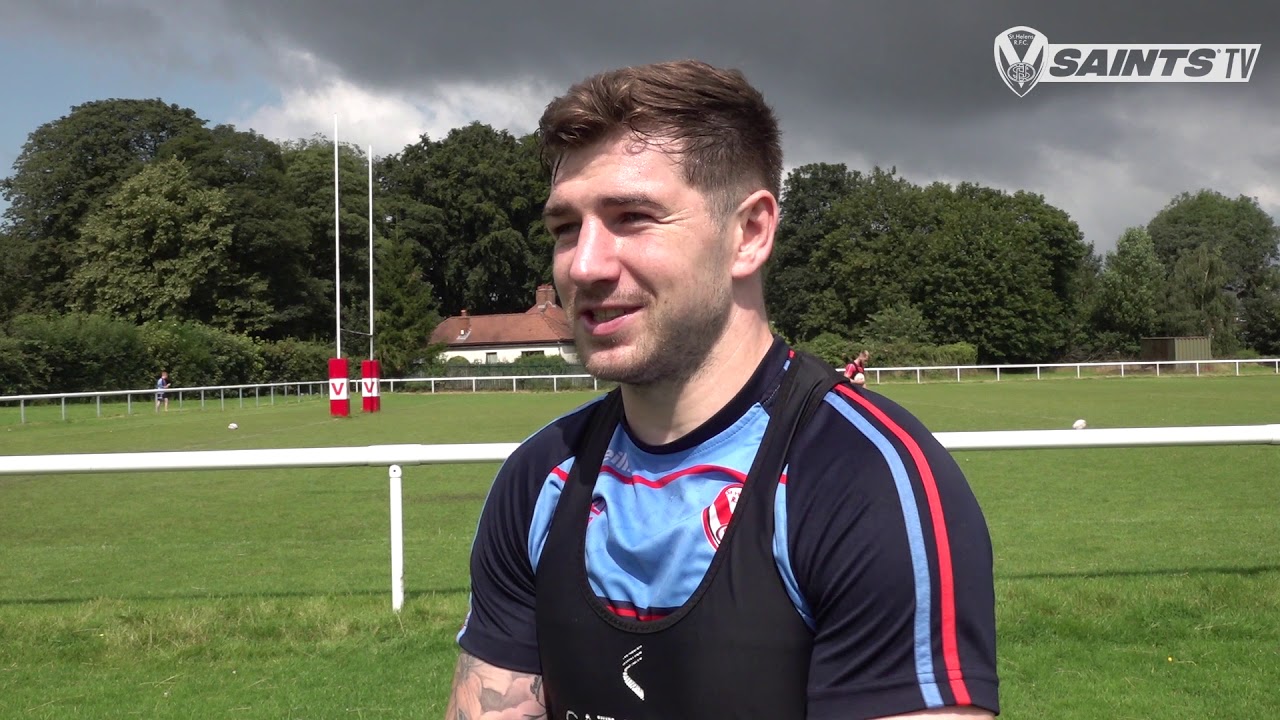 WATCH: The focus is on bringing home trophies says Percy

“Wakefield are struggling in the relegation zone at the moment, but they always bring their best game against us so it is going to be a tough game.

“We’ve spoke all week about them. They have some real good individuals and when they click they are a great attacking team so we need to be wary of that and be on our jobs.”

Percival impressed in the Coral Challenge Cup semi-final victory over Halifax and he admits he is delighted to be back at Wembley.

“I enjoyed the semi-final. I was looking forward to a tough test even though there was a lot of build up towards the game saying we should beat them really easy, but we all knew that it wasn’t going to be like that and we knew it was going to be tough.

“To get back to Wembley is brilliant because we’ve had some upsets in the seven seasons that I’ve been here. I’ve not got there [before] so to get there for me personally it’s amazing and for the fans and all the club its brilliant and we are looking forward to playing there.”

Percival also reflected on the news that Head Coach Justin Holbrook will be leaving the club at the end of the season and like, Holbrook insists the focus is ‘bringing home the trophies’.

“I’m gutted that Justin’s leaving. He’s been amazing since he came in and he’s changed me as a player and I’m grateful that I’ve got the chance to know him and to be coached by him. I wish him all the luck, its obviously what’s best for him and his family, but obviously I’m gutted like everyone else is.

“The focus is bringing home those trophies. Like I said, the last few seasons we’ve come up short on what this club deserves and I think we need to get there now and actually win the final and we’ve done that by getting to this final and obviously we’ve got a massive test ahead of us against Warrington and hopefully we can bring it back for the club.

“Especially to do it for Justin and send him back to Australia with a couple of trophies, it would be really nice, but we’re not thinking too far ahead, we’ve got three big games coming up now and then, obviously, the final and then crack on with the rest of the season.

“We’re just trying to stay focused; we don’t want to get too ahead of ourselves, we want to just right some wrongs from the last few seasons and get into those finals and obviously win them.”

Tickets are still on sale for our Coral Challenge Cup Final at Wembley with all the details available by clicking here.

Tickets are now available for collection.