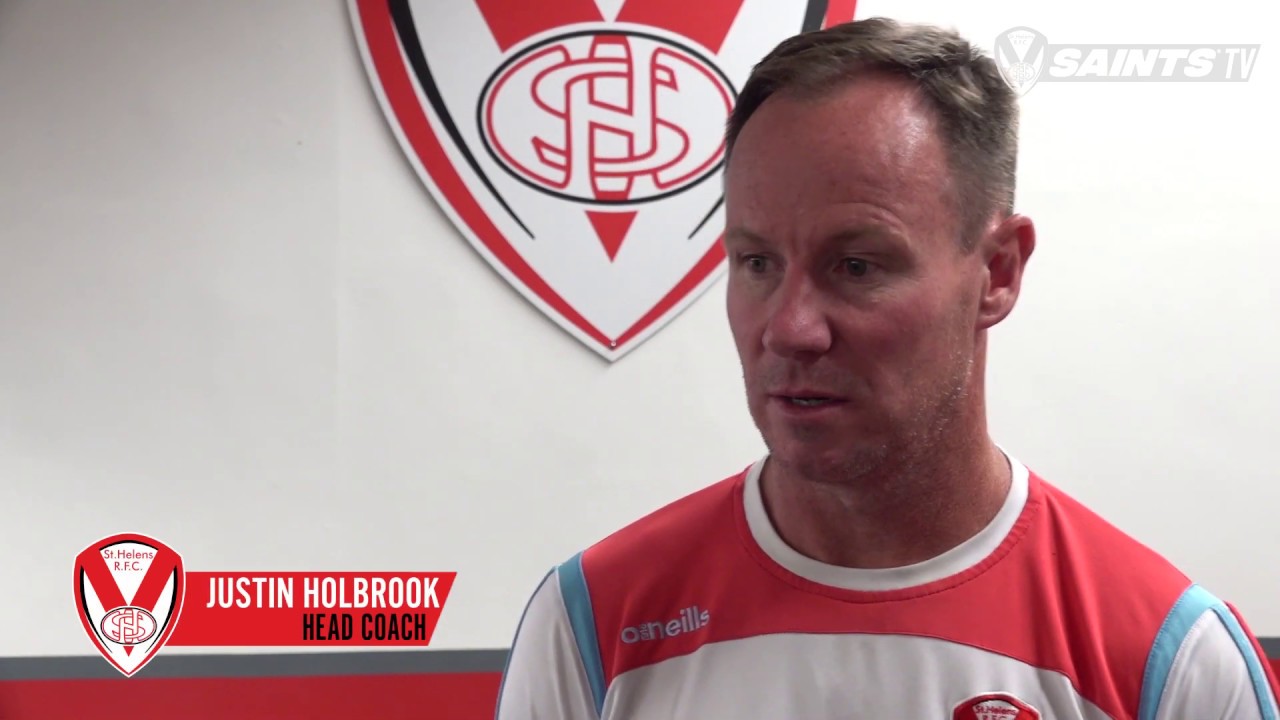 Saints travel to second placed Warrington with the League Leaders Shield already wrapped up after victory on Friday followed by Wire’s loss to Catalans in Perpignan on Saturday.

And Head Coach Justin Holbrook says winning the league so early is a reward for his players performances this year, but is focussed on the big games that lie ahead.

“I think its great that we’ve wrapped the League Leaders’ Shield up. It’s a great reward for the players playing so consistently this season and with five games to go we’ve managed to secure that so it’s a great achievement by and for everyone at the club.

“We know that we’re going to Wembley and we now know we’re going to finish top of the league so it gives us the best chance in Super League so we are in a good spot.”

Saints face Warrington in the Coral Challenge Cup Final at Wembley in less than three weeks time and Holbrook, who named his 19 man squad for the cash earlier today, admits Thursday night’s clash will not have much bearing on that cup semi-final.

“I think the game on Thursday is awkward for everybody and we all know that so for us its about picking a side that’s healthy and not risking anyone if they’ve got niggling injuries. Outside of that it’s just about going there and putting in another good performance. We’ve done it every other week this year so we want that to continue this week.

“I think with the number of players out from both sides its probably not going to be a true indication of that [the cup final] that’s for sure, but once you get there and kick off, the boys will want to play well.

“I’m not too sure how they’re approaching Thursdays game. They’re in a difficult spot now, obviously they’d like to be in clear second spot, but haven’t probably played the best they would’ve liked over the last few weeks. Now this week in terms of injuries or guys looking a bit tired, they’ve got to probably change their tac more than they would’ve liked. They’ll be okay, they’re a very good side. We’ve just got to worry about ourselves.”

James Roby is missing from the 19 man squad and Holbrook revealed why.

“Robes is just pulling up a little bit sore [after his surgery] so he easily could’ve played, but as I said if he’s got a bit of a niggle, there’s no point playing him and that’s the case and we all know Az [Aaron Smith] does a great job for us every time he plays for us in the first team so we can give him another game.”

Reports in the press have suggested former Saint Matty Smith may well be on his way to Warrington and Holbrook beleives it is a shrewd move by Steve Price.

“I think it’s a smart move by them to bring in Matty Smith. Matty is a very experienced half back and he’s been playing for a long time, so it’s a really smart move by Warrington.”