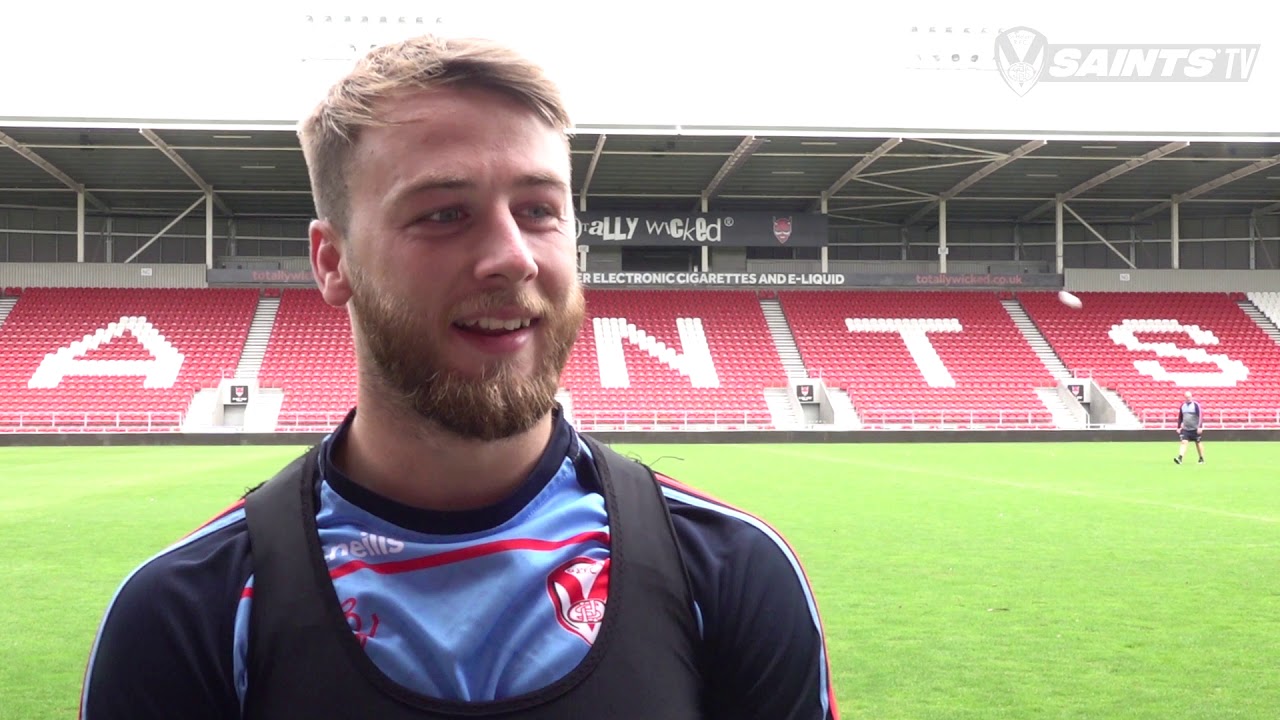 Richardson scored an impressive try in the win over Wakefield last time out and kicked five goals and the half back is enjoying his run in the team whilst he admits it’s a credit to the team that the League Leaders Shield is wrapped up five games before the end of the regular season.

“I am back playing a bit now and getting a run of games and scoring is a feeling you don’t really get many times in your life and winning as well was great.

“It’s [League Leaders’ Shield] not deemed as the most prestigious, but it is the hardest to win and you have to be the most consistent all year so to win that and to get it so early is a massive rap to all the boys and it is a [credit] to how well we have played all year.”

Richardson was again named in the 19 man squad for tomorrow’s clash with Warrington at the Halliwell Jones Stadium and he admits playing Warrington is always a big game given the big crowds that attend.

“Playing Warrington is a massive game and ones I love playing in. The crowds are massive and that one last year was a strange, strange game and a bit of a madness ending and one I will never forget.

“Hopefully we can maybe get it won a bit earlier tomorrow and not have to rely on a goal after the hooter, but if we all do our job and rip in as we have done all year, we won’t be far wrong.”

Saints play Warrington again at Wembley on August 24th in the Coral Challenge Cup Final and Richardson is focussed on performing well when given the chance and naturally hopes that the club can bring home the cup to St.Helens.

“We have got a fantastic group of lads and we are lucky enough to make the challenge cup final and I am just trying to play as well as I can to put my name forward for a starting spot, but we have got a strong squad and I’ve missed out a bit this year but we will see what happens.

“Hopefully whoever plays on that day can get the job done for the club and win the Challenge Cup and finish the rest of the year on a high.”

All your Coral Challenge Cup Final ticket information can be found by clicking here.