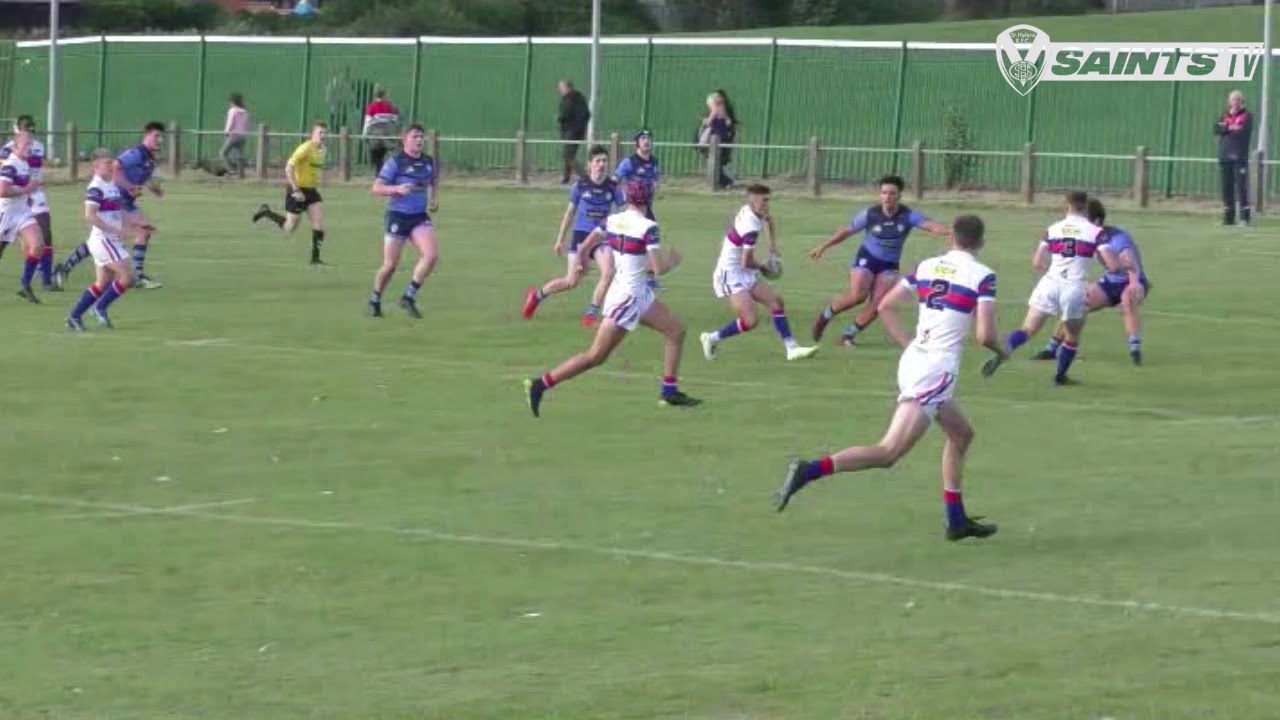 WATCH: U16’s make it four from four against Wakefield

The Saints were down to 12 in only the third minute as Ben O’Donnell was sin-binned for the most innocuous of challenges that looked harsh and the visitors took advantage of the disruption taking the lead on seven minutes.

From the kick off Trinity spilled the ball on their own 40 and from the scrum Cole Appleby again showed his power with a great run before Reece Sumner took the ball from the play the ball and charged over taking two defenders with him.

Unfortunately, the kick off was tipped into touch and from the scrum the visitors retook the lead scoring down the right edge.

The Saints, reeling from an 8–0 penalty count in the opening 16 minutes were finding it hard to make any headway, but on 20 minutes we draw level.

Drives from Appleby, Theo Sumner and Ellis Keppel took the Saints close before big Joe Woods came on the charge taking three defenders over the line with him.

The second half couldn’t have started brighter for the Saints as Trinity were caught offside at the kick off.

Daniel Moss’s kick to touch put the Saints on the attack and drives from Appleby and Woods had the visitors on the back foot on their own line. From the play the ball the ball was spun left for Ryan Wood to send Owen Blackwood through to score.

Shay Martyn’s third conversion, a splendid effort from the touchline, put the Saints six to the good.

Although the penalty count miraculously started to even itself up, some poor handling still left the Saints defending their line too often and it took big hits from Kalan Devine and Rio Corkhill to keep the line intact.

The next tackle, however, saw Moss ruled to have knocked on going for an intercept on his own line only for the visitors to pick up and go in, despite a possible knock on of their own.

Crucially the simple conversion was missed leaving the Saints clinging to a two-point lead. This was made to seem even more precarious as the visitors pounded the Saints line twice being held up over the line by Corkhill.

But the Saints pulled clear and secured the win on the hour as Moss’ last tackle chip to the right corner was misjudged by the Trinity fullback.

Firstly, he tried to trap it in goal, then knocked on trying to pick it up, then tried to kick it away in anger but only succeeding in kicking it up in the air. Kallem Rodgers reacted quickest catching it before rounding the opposition on his way to the corner.