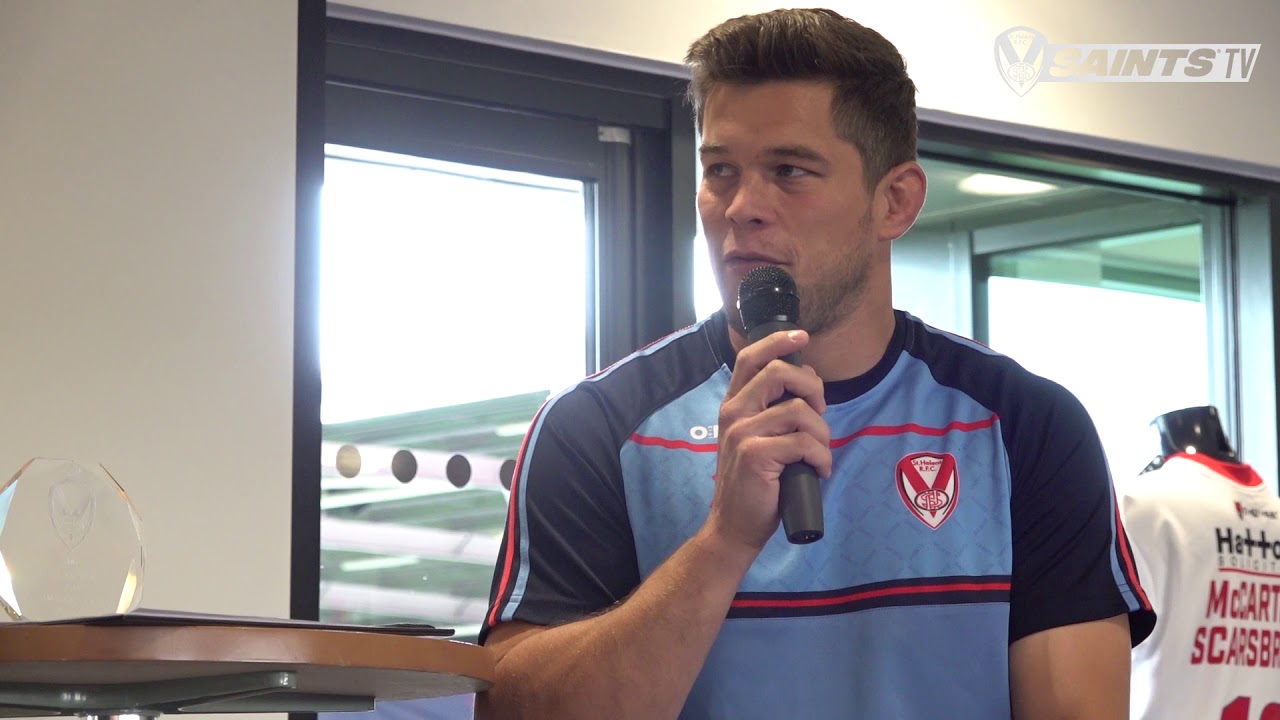 WATCH: LMS is July’s Player of the Month

LMS has led from the front in July. He has helped Saints secure wins against Hull FC and Wigan and was a commanding figure to a host of youngsters in our defeat in London. He also played his part in securing our place at Wembley and laid on two against Hull and London, making 35 tackles and 120 meters – the most he has made all season – in the capital defeat.

Justin Holbrook said of LMS’ performances in July: “Louie missed five or six weeks and it took him a couple of weeks to get going again, but I think the last month he has been outstanding for us. He’s been in our top two every single week and it is great to have Louie back to his best. The time he had out injured seemed to have benefited us as we are seeing the benefits of him now.”

Upon receiving the award at this morning’s Stapleton Derby sponsored event LMS was in typical buoyed mood: “It was a good month with the two wins in the league and getting to Wembley. It was a good month for the team and me personally. We have lots of depth this year and good team morale and it is going well at the moment so long may it continue.

“We have put ourselves in a good position this season so I am looking forward to Wembley being a football fan and I will enjoy the playoffs. We have done the business up until now but we know there is more to do and hopefully we can come back with a nice couple of trophies.”

On tonight’s game against Warrington, LMS says regardless of current league standings, Warrington vs Saints games are always ‘lively’ clashes.

“Both teams will be looking ahead to the final but this is a league game and you want to put yourselves in good stead for the games that are coming up so going to their ground, we won there earlier this season so they will be up for it. It’s a Warrington vs Saints game so it’s going to be lively, loud and it’s going to be good so we have to be up for it.”

After the presentation, Saints Community Development Foundation’s Project and Finance Manager, Chris Chamberlain addressed the audience to talk about the great work our Foundation does across the borough. Projects include its mental health work, summer rugby camps which are on-going, Back Onside project, Veterans of the Foundation work, LDRL, PDRL and Women’s team. For more information on the foundation, click here.

?: an insight into our Summer Camps that are still available to book onto ?