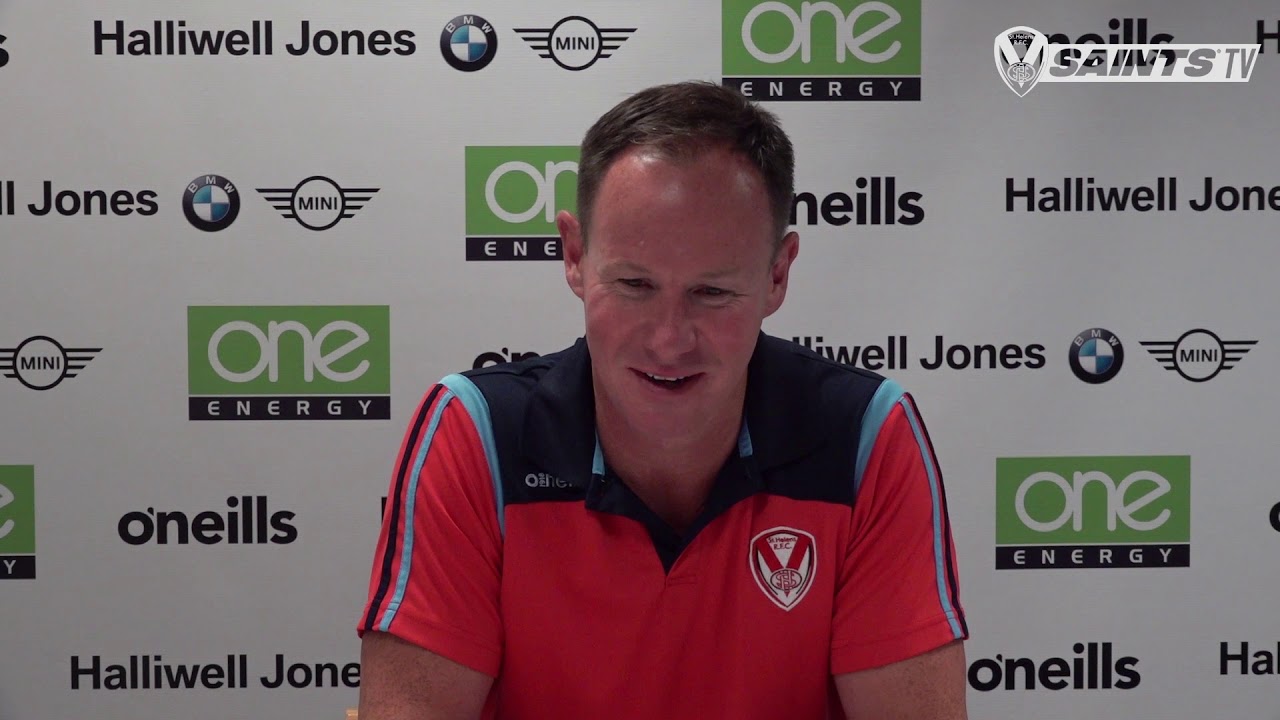 WATCH: Holbrook praise for Welsby after man of match performance

Welsby was awarded the Sky man of the match award after he laid on a number of Saints’ tries and was solid in defence in Saints win over Wire.

And Head Coach Justin Holbrook paid credit to him in the victory, pointing out that he has worked hard on his game over recent weeks.

“He did [have a fine game]. It was great for young Jack. He has had a handful of games with us now and he is getting better every week. He is a good young player to coach because he is a good listener. He has got a lot of improvement in him the more he plays and he has improved each time he has played. I thought tonight he was terrific for us.

“It is excellent for a young player like that to make that tackle [on Ben Murdoc-Masila]. It was a huge effort and that’s the type of area he has been working on in training. He has probably done too much in his first few games, carrying the ball like a front rower for us. I have told him he doesn’t need to do that in the first team so he has just made lots of little changes to his game so I was really happy he played so well tonight.”

Saints face Warrington for a fourth time this season at Wembley in less than three weeks and Holbrook admitted it’s always tricky when both teams know the bigger games lie ahead.

“I was just happy to come away with a good win which was the main thing. I thought we started a bit slow and at half time was close and even in the second half Warrington threw a bit at us but we withstood that which was great and we came away with a good win at the end. Both sides had a number of players out so it was a tricky game to play [with Wembley] but you still want to play well and we did that tonight.”

Holbrook revealed that he has no problem throwing Welsby into the team wherever needed, but Lachlan Coote is on track to be fit for Wembley.

“I have no issue if I have to play him like we have this year, but obviously we will be pushing to have Cootie back for that game. He is still on track to be playing and is a couple of weeks away.”

Joseph Paulo grabbed his first Saints try in the victory, but the boss revealed he did pick up a slight injury in the process.

“There is a slight strain in his [Paulo’s] hamstring. It was more precautionary more than anything else. It was his first try for the club which was good for him, but he has Kyle Amor to thank for that!”

All your Coral Challenge Cup Final ticket information can be found by clicking here.