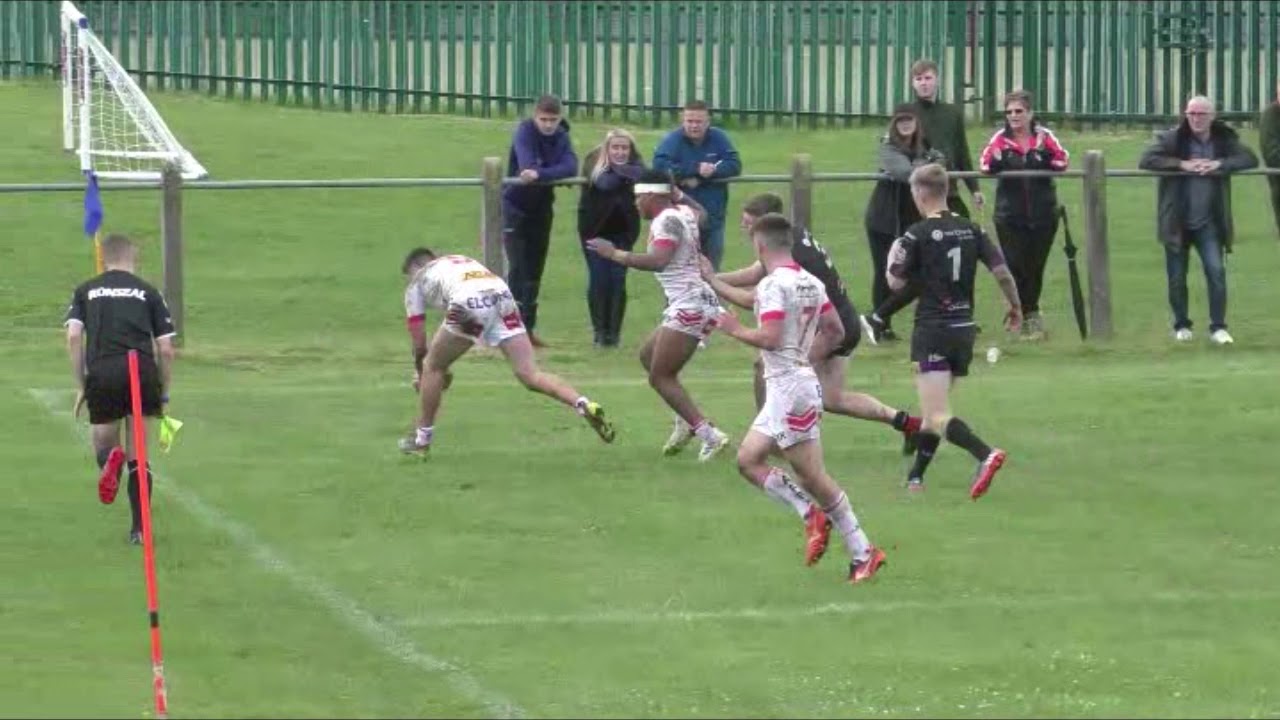 The game started brightly as Matty Foster was held up over the line in the Saints first attack of the game. But it was his second-row partner Lewis Baxter who opened the scoring on six minutes.

Good defence forced the error from the visitors on their own 40. Four tackles in from the scrum the ball was knocked down on the Saints right and Baxter was there to pick up and touchdown.

And that’s how it stayed for the next 25 minutes with both sides locked in a tussle for dominance down the middle.

Nico Rizzelli came closest, again being held up over the line, but the Saints defence needed to be on song as the Thunder looked dangerous.

On the half hour the Saints fitness tolled and two tries in the final minutes of the half pulled the Saints clear.

The first came through Owain Abel, his first in the red vee, running the final 30 metres to the sticks taking the pass from Lewis Dodd’s break.

The Saints third of the half was Foster’s first and came courtesy of a fine 40 meter break from Jumah Sambou. The speedy sub bust the line and his quick play the ball allowed the Saints to move it left where Foster ran a great line to charge through and score.

The second half looked to have turned he game on its head as the Thunder took the game to the Saints punishing some poor tackling down the middle scoring once but crucially knocking on with the line at their mercy for a second.

But that proved to be the turning point as the Saints scored six tries in the final quarter.

Foster scored his second holding off two tacklers as the ball was spread left after Sambou had been held up down the right.

We were then treated to a 13-minute Brad Holroyd hat-trick. The first two courtesy of great Dodd grubber’s which bounced beautifully for the winger to win the competition for the ball.

His last was an easy catch and run around after the Thunder had been caught on the overlap. And he narrowly missed a fourth, again from a Dodd grubber, after it was ruled out for offside.

In between, Dodd scored one of his own taking the pass from Foster who in turn had taken an out the back pass from Baxter.

The final act of the game was an acrobatic John Hutchings try in the right corner from a Dodd cut-out pass. Dodd missed the conversion on a blustery afternoon.