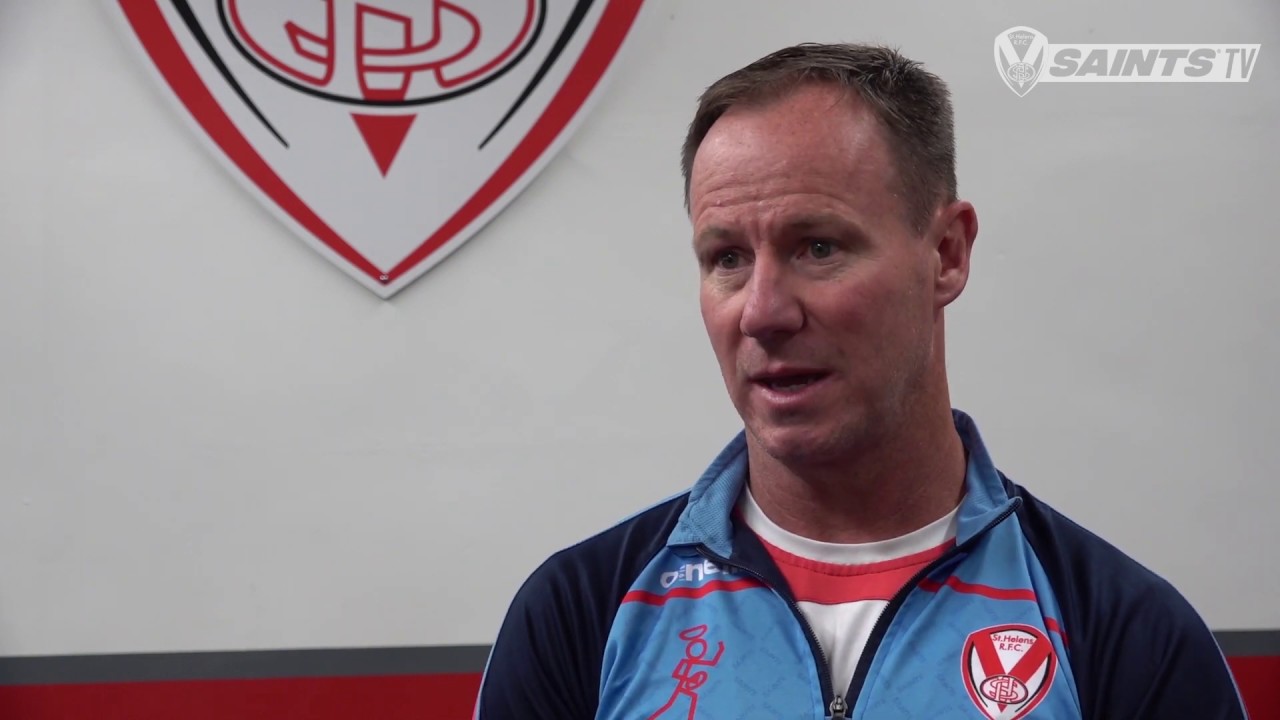 WATCH: Holbrook on Leeds and players’ fitness ahead of Wembley

Holbrook is looking forward to visiting Headingley’s new stadium and is expecting a tough task given Leeds’ turn in form.

“Leeds over the last few weeks have been really, really impressive and their few new faces they have brought in have played a big part in that, in particular Robert Lui and Reece Martin,” he said. “They have been on fire of late so they are going to be a real tough opposition on Thursday.

“It will be fantastic up there [at Headingley] and it is great the renovations are finally complete and they have got a massive fan base and they are a real famous club so it is good to see them come good in the last few weeks and they will want that to continue so we have a tough test on Thursday.”

Holbrook named his 19 man squad for Thursday’s test against a resurgent Rhinos side earlier today. Captain James Roby, Alex Walmsley and Lachlan Coote are still not 100% fit and Holbrook has shed some light on their fitness ahead of the big Wembley showdown next week.

“We will pick the best team that is fully fit so players like Robes [James Roby], Cootie [Lachlan Coote] and Big Al [Alex Walmsley] in particular are probably just short of being right this week, but will be 100% fit next week which is the main thing.

“Morgs [Morgan Knowles] has missed a fair few games now and he is fully fit so it will be great to have him back in the side.”

Saints of course have wrapped up the League Leader’s Shield but the rest of the playoff spots are all yet to be decided and Holbrook believes it is exciting times for Super League, whilst he is confident Leeds will now stay up.

“It’s going to be a real exciting finish to the Super League season. We are fortunate where we sit. The Warrington vs Wigan game Friday will have a massive bearing on second, third, fourth and fifth [playoff spots] and obviously the relegation I don’t like.

“It is close, but it is horrible for those sides down there and I don’t think Leeds, regardless if we beat them on Thursday or not, will be fine, but in particular the Semi Final spots have got real close now and it’s going to be exciting over the next four rounds to see how that pans out.”

Tickets are on sale for Thursday night’s clash with Leeds, our Wembley clash and our home tie with Castleford Tigers where we will lift the League Leaders’ Shield, by clicking here.