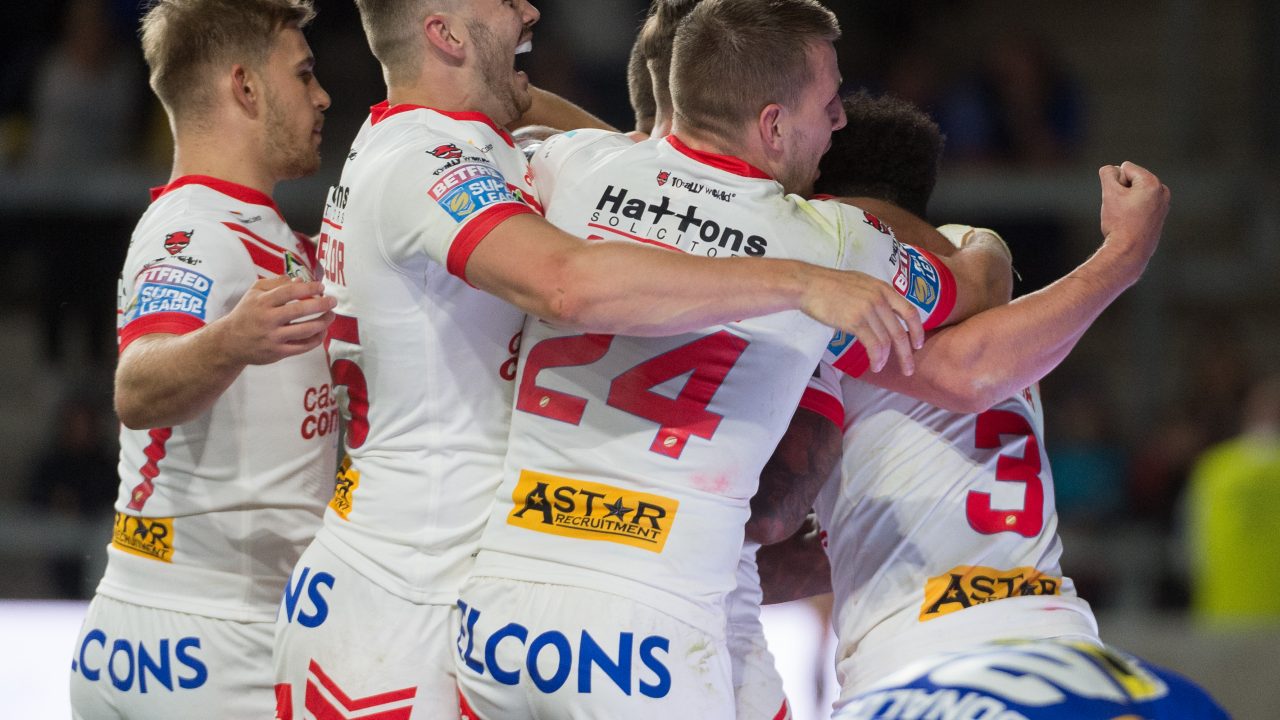 Red-hot Saints, missing a host of first team stars, secured another dominant 36-20 victory, this time over a resurgent Leeds Rhinos, with the Coral Challenge Cup Final at Wembley up next.

Regan Grace opened the scoring after excellent handling from Jack Welsby and Mark Percival. Leeds responded with two quick fire tries through Richie Myler and Ash Handley to give the hosts the lead before a late first half try from Kevin Naiqama sent the teams in level at half time.

Saints started the second half brilliantly with Zeb Taia and Regan Grace scoring within five minutes of the restart. Percival extended Saints lead converting a penalty before Naiqama scored two spectacular solo tries to secure his hat-trick. Leeds did find two consolation tries through Handley and Harry Newman late on, but Saints were too strong for the Rhinos.

Saints face Warrington again for a fourth time this season in the Coral Challenge Cup Final at Wembley and all your latest ticket information can be found by clicking here.