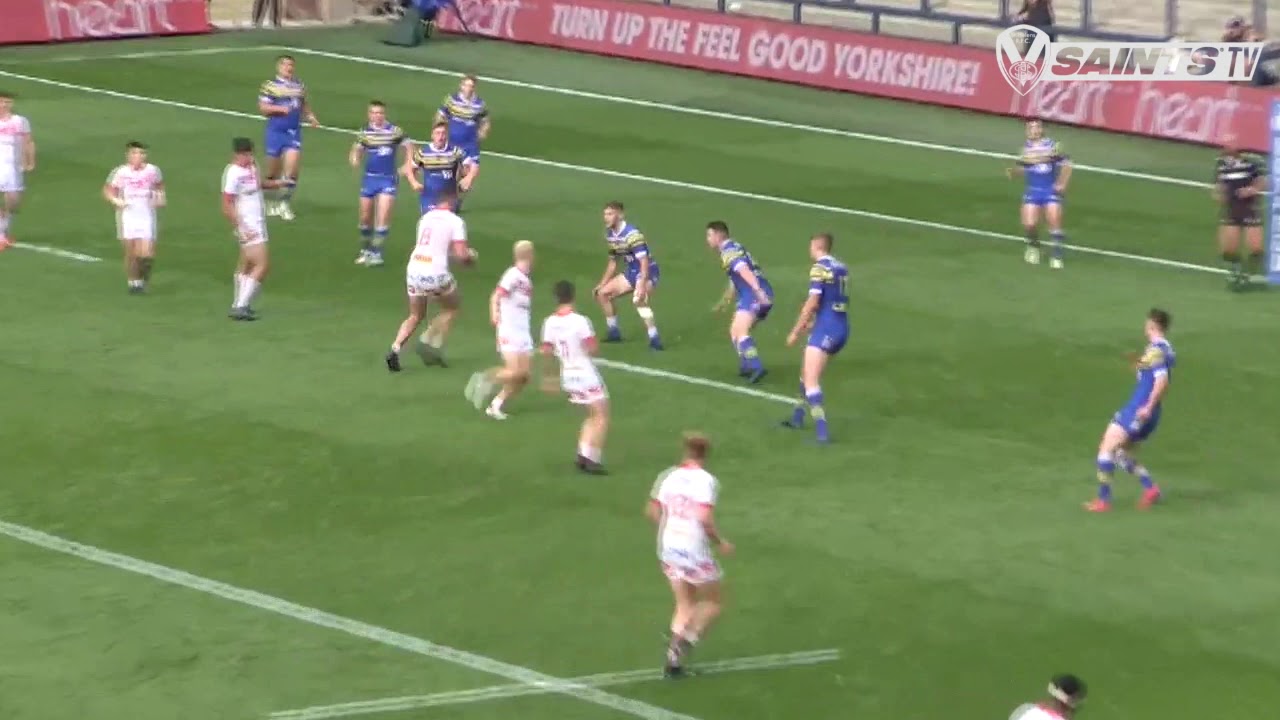 Injuries and suspensions meant the Saints traveled over the Pennines with only 16 fit players to face a strong Rhinos team.

Saints’ numbers were further depleted after only 5 minutes as Chris Kellett was ruled out of the game through injury and Saints played the last 20 minutes with only one sub.

But this didn’t daunt this extremely young but courageous team who pulled together, shared out the work, took the game to their hosts and soundly defeated them.

The strings were pulled by captain on the night Lewis Dodd who marshaled his troops with a maturity belying his tender years.

And it was to be Dodd who orchestrated the first try of the evening for the Saints. His drop off pass put Foster through the line and in turn he fed the supporting Harvey McDaid for his first senior try under the posts.

Foster then scored himself touching down a Dodd kick.

The third came courtesy of a classic Saints sweeping move with John Hutchings finishing in the corner.

The final score of the half for the Saints came as the human dynamo Foster picked up a loose ball to race in from 80 metres.

Expecting a Rhinos backlash the Saints came out with a renewed determination in the second period and the lead was extended by Brad Holroyd as he emulated Foster in picking up a loose ball before racing 90 metres to score a fine individual try.

The Rhinos tried their best to get back into it, but the Saints will to win and team spirit just wouldn’t let that happen.

The victory was finished off by Paul Nash scoring the Saints sixth try under the sticks from an offload from that man Foster.

Make no mistake, this was one of the best performances and victories that the Saints 19’s have ever had.