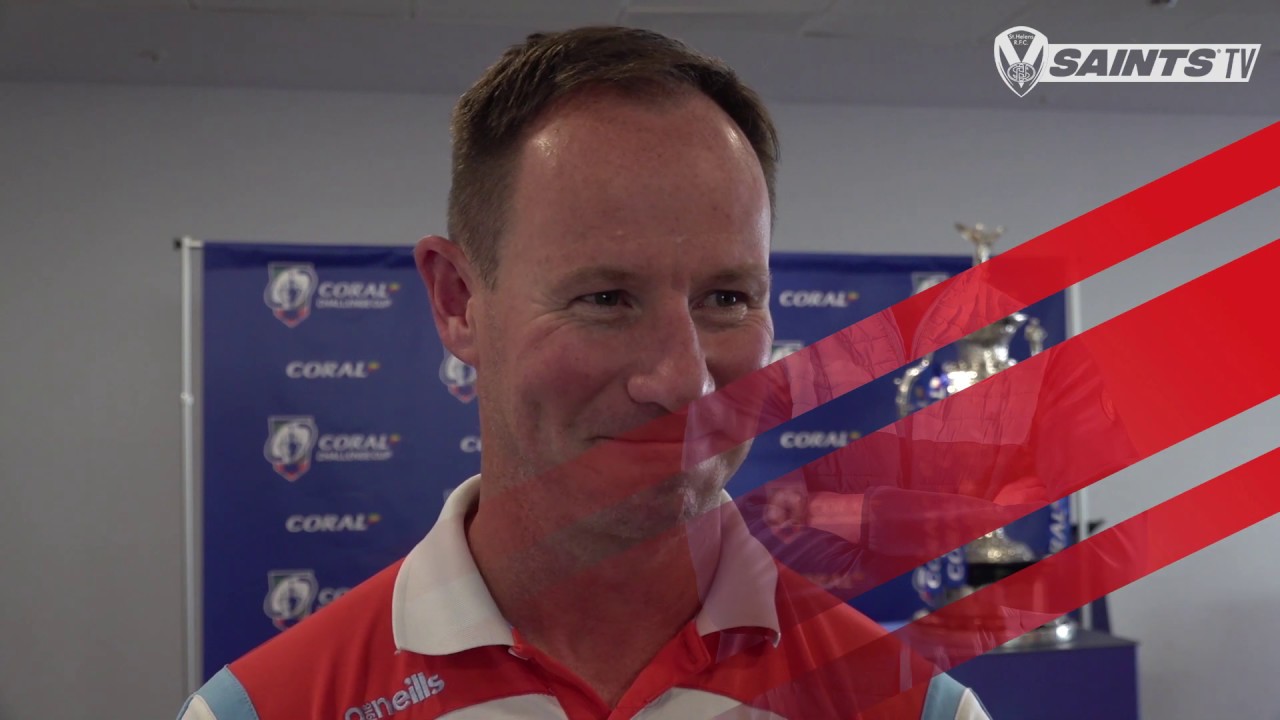 Saints face the Wolves in a first major final between the two sides with the prestigious Challenge Cup up for grabs and Holbrook says he can’t wait for Saturday to come along, but admits it is the biggest game of his coaching career.

“We are really excited and looking forward to it. The playing group and staff have handled the last week well. As soon as you win the Semi Final you want to play the Final and obviously we have had to play three Super League games and the players have handled that really well, but the week has finally come around and I can’t wait.

“For the playing group and the whole town, within a week of me landing here I was told ‘get us back to Wembley’ and I understand it means so much to the club and to wait 11 years is a long time and we’re back there and we obviously want to win it.

“It definitely is [the biggest game in my career]. I think the ways the players have played this year, staying really calm and handling the situations really well, puts us in great stead to just go out and play our best on Saturday.”

The boss also revealed the team’s plans this week as the squad travel to Wembley on Thursday.

“We have a bit longer week of training this week which is great and we have played a lot of games so we have recovered well. The boys who haven’t played are all 100% fit and raring to go which is terrific. They will all come back in. We will travel down on Thursday and get a captains run on Friday and play Saturday.

“We will have a great week in preparation, but we have to play well on Saturday. We know that as a players and staff. So we will just stay focused on that and look forward to playing on Saturday.”

“It was good to watch the game live and I think the way Pricey motivates his side he will be happy with that. With 22 minutes to go, Wigan got a player in the sin bin and Price took his best attacking player in Stef Ratchford off the field so you don’t do that unless you are planning for a week ahead so we are well aware of that. People will say they have been stumbling a bit, but I know he would be happy with that. We know Warrington are a confident side, they don’t lose confidence at that club so they won’t be too worried about it and we know we have to play well on Saturday and are ready to go.”

On the injury front, Holbrook revealed Matty Lees will miss the game due to an injury he picked up in the victory over Leeds Rhinos, whilst Aaron Smith is ruled out through suspension. On the plus side the rest of the squad is fit and ready to go.

“Everyone who didn’t play last week will play and the one down side is young Matty Lees. Unfortunately he got a serious injury that we didn’t know about at the time. After the game we thought he just got a knock on the hip, but by the time I came back from the press conference he was in a bad way and had to be taken to hospital and had surgery on his abdominal, bowel area which is not good for anyone, let alone young Leezy.

“He plays as tough as anyone so he is obviously not going to be right over the next few weeks at least. I am not too sure on the time frame of it, but our thoughts are with him, knowing how disappointing the timing is. He and Aaron would love to have been at Wembley and we would have loved to have them both.”

Holbrook concluded by admitting he will be proud to bring that famous trophy back for the town.

“I would love nothing more than the playing group to win it. I see how hard they work everyday but they know we have to earn it. Warrington wont give it to us. If we are good enough to win on Saturday it will be a proud moment for everyone at the club and the whole town. It will be just great to be a part of that and we will be doing our best.”