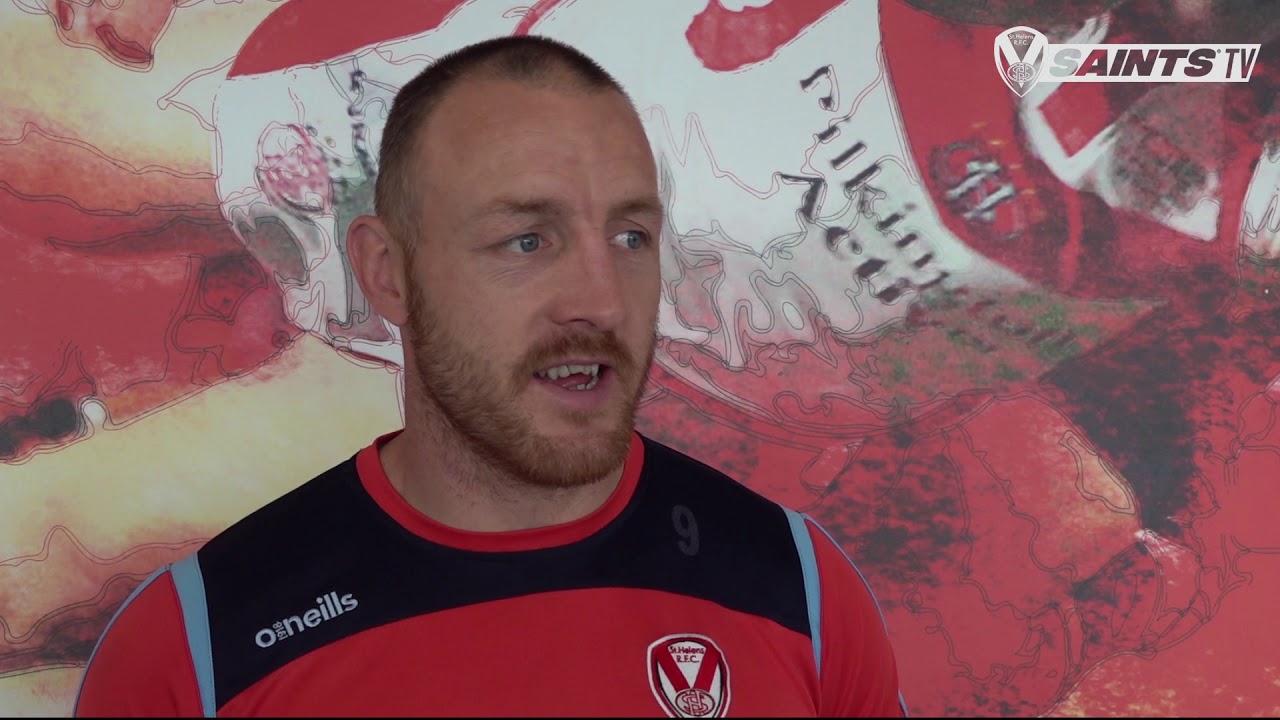 WATCH: A “privilege” for Roby to lead Saints out at Wembley

Roby scored in the 2007 Final against Catalans in a year in which he went on to win the Super League Man of Steel whilst the club won the treble.

A year later and he again was on the winning side as Saints beat Hull FC in the final. Looking back on the win in 2008, Roby admits he has great memories and reveals that he and fellow Challenge Cup winner, Paul Wellens will be passing on knowledge to the rest of the Saints squad.

“I have nothing but fond memories. I am really lucky to have been there in the past when I was younger I took it for granted back then but the main thing is we are back now and it is almost a new era, new generation now. If any of the lads have any questions about Wembley [I am here] and Paul Wellens is still here too so we know what it takes to go down there to get the job done and I will be doing everything I can to make sure that happens.”

And our captain will this time lead the Saints out as captain – something which is says he will be privilege to do.

“I am proud to be a local lad and I have been lucky enough to come through the ranks and I will get the privilege of leading the team out as captain so it is a huge game like this and it has been a long time in waiting, especially for a lot of the fans. Everyone is buzzing around the town and we have got a rich history with this cup and it as about time we are back so it is a massive game but the emotional attachment and the personal significance to me will make it very special and up there with one of the biggest games in my career.

“Living in and around the time you bump into people saying ‘I have got my ticket for Wembley’ and as players we do things as players to try and boost the town. If we are doing well on the pitch, they are doing well off it as rugby is a big part of people’s lives in the town. We couldn’t do what we do without the fans so the amount of numbers we are taking down there and every man and his dog are going so the more people we can get there, the better and as St Helens, let’s just invade London if you like, take it over and hopefully it will be a good day!”

On the game itself, Robes admits the success the team has had this season will count for nothing if we cannot bring home the Cup on Saturday.

“Everyone knows we are a good team. We have been playing consistently and we have wrapped up the League Leaders’ Shield already but it doesn’t count for much unless we go on and win the Challenge Cup and maybe even the Grand Final so we have put ourselves in a really good position and we have been working hard all year, we trust the way we play and how we go about our business and the main thing on Saturday is to just maintain that. We don’t need to re-invent the wheel if you like. Just go there and do what we have done consistently all year.”