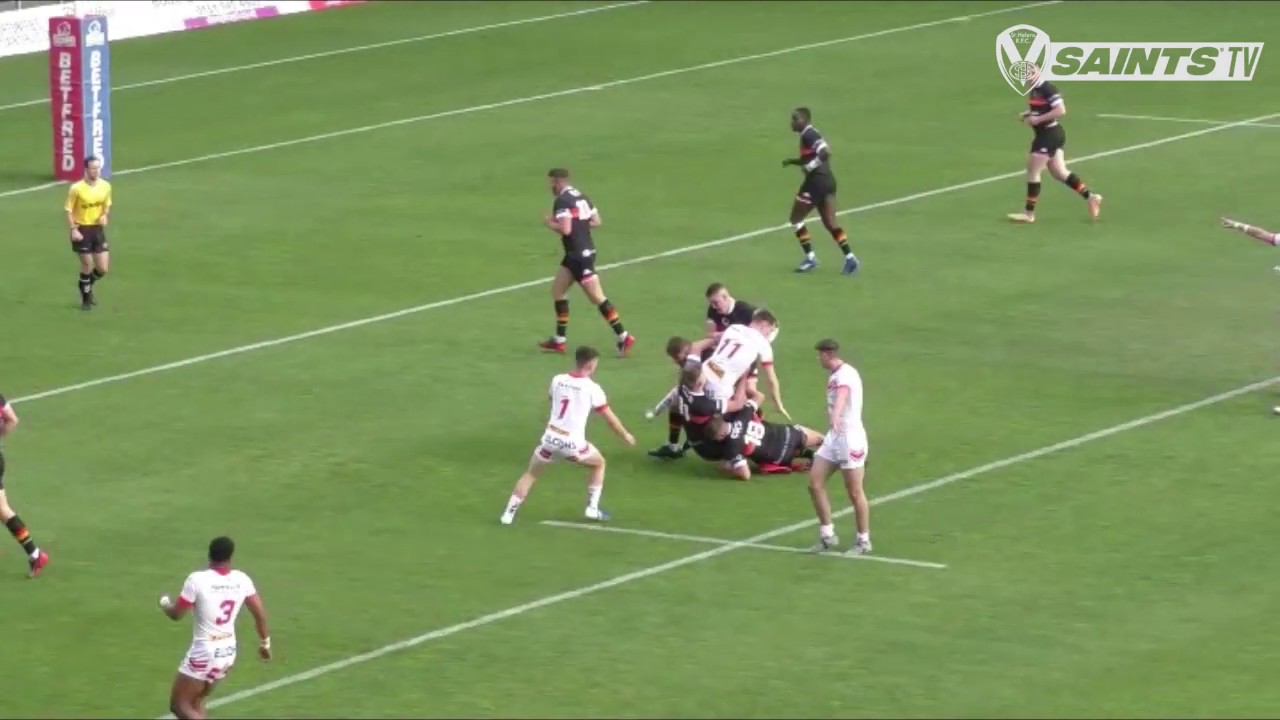 John Hutchings opened the Saints account in the second minute scoring on the back of a great kick chase forcing the Bulls fullback into an error. From the scrum quick hands gave the big winger the opportunity in the corner.

He should have had a double on 10 minutes, but Jack Welsby’s cut-out pass was ruled to be forward.

However, two minutes later Nico Rizzelli did extend the lead again benefiting from a Bulls knock on in their own in-goal area under pressure from the grubber chasers.

Brad Holroyd uncharacteristically dropped a clearance kick which led to the Bulls scoring their first try.

But Saints responded as great inter-passing down the right from Welsby and Lewis Baxter saw Welsby on a run to the line before he was eventually brought down short of the line, albeit illegally. But the resulting penalty saw the ball hit the deck.

Hutchings then saw another try disallowed this time for a foot in touch as the Saints wondered how we were not further in front.

Half time was a chance to reset and come out firing which is exactly what we did gaining a repeat set from Dodd’s grubber then scoring from it as Sam Royle expertly put Kye Siyani through a yawning gap.

Dodd took the game away from the Bulls with a great show and go which saw him stroll over unopposed.

To their credit, the Bulls responded again and scored a soft try from dummy half, but normal service was resumed, however, with two Saints tries in the final 10 minutes.

The last word went to the latter, McDaid as he took Dodd’s overhead pass to go over in the left corner.

Next up is the Semi Final against Leeds Rhinos at the Totally Wicked Stadium on Thursday evening (kick off 7:30pm). Tickets are priced at £5 for adults, £2 for concessions and FREE for members!