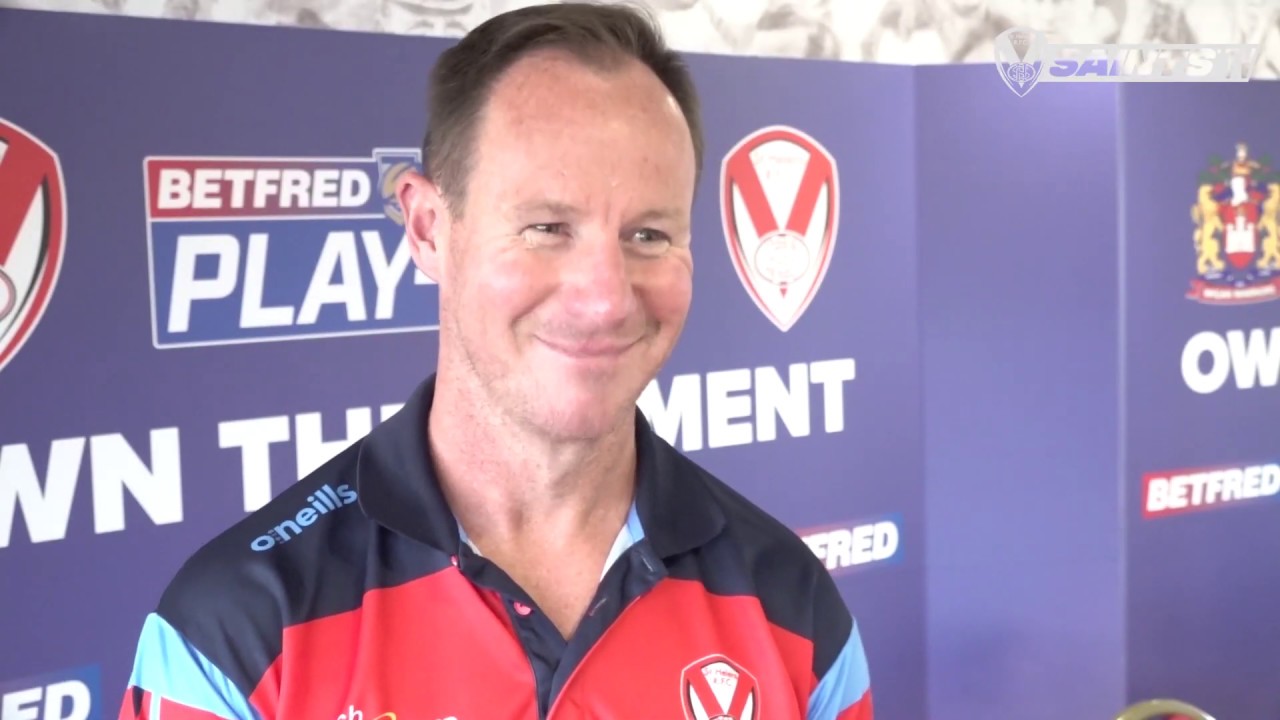 WATCH: Holbrook ahead of Play-off semi final with Wigan

Saints held a joint press conference with Friday’s opponents Wigan Warriors earlier today ahead of the crunch clash and Holbrook revealed his squad are refreshed following a week off.

He went on to reflect on Wigan’s win over Salford last week, gives an insight into his team ahead of naming his 19 man squad on Wednesday and believes playing back at the Totally Wicked Stadium, where Saints are undefeated, will be a big advantage come Friday.

The boss also admits he hopes Friday night’s game is his last at the Totally Wicked Stadium for the simple reason that it will mean the Saints will have made it to Old Trafford at the first attempt which his primary focus.

WATCH: Saints to take on Warriors in Play-off Semi Final

Wave goodbye to our departing Saints on Friday