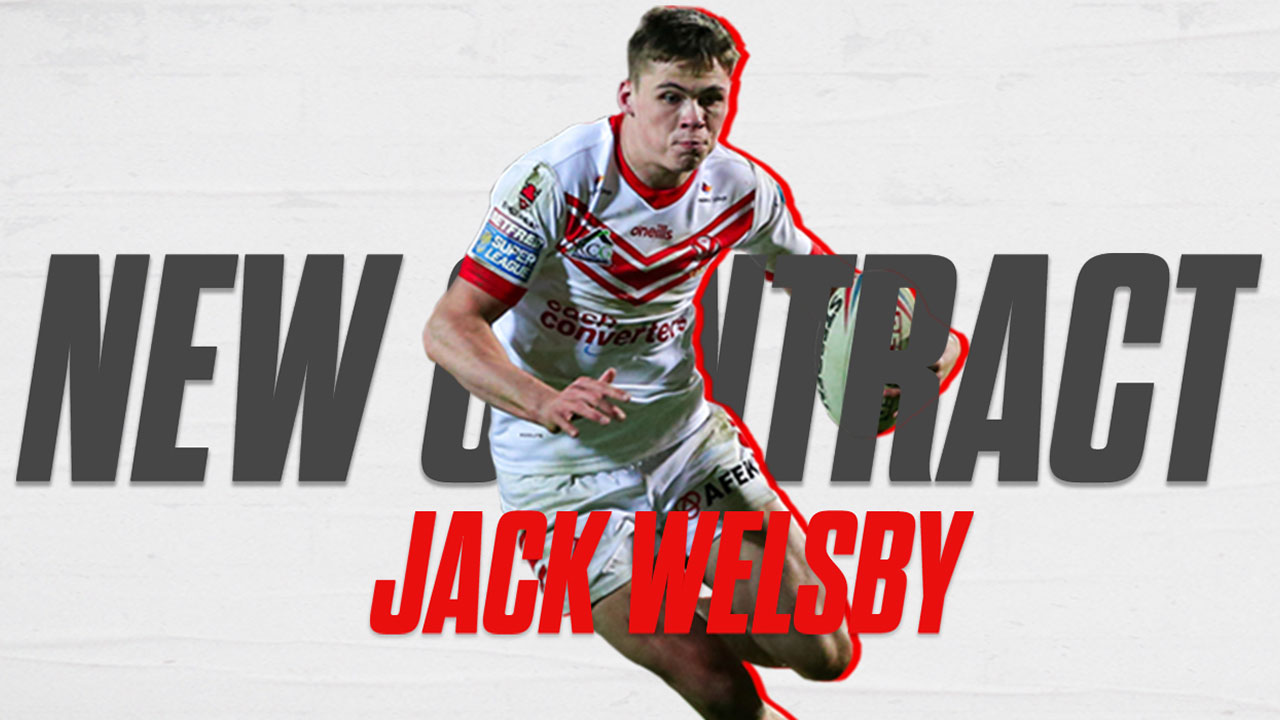 The 18 year old, impressed following a string of impressive performances in 2019 and has now has extended his deal at the Saints until at least the end of the 2022 season.

Welsby played at amateur club Shevington and then moved to Blackbrook before signing for the Saints in 2014. He shone on the Academy’s 2017 Tour of Australia and in 2018 he was the Academy’s dominate half, proving to be a real threat with the ball before his form was rewarded with a first team debut in the win over Hull FC later that year.

He was then called up to the Lancashire origin side before he represented his country at Academy level in a 2-0 series win over Australia.

His talent was showcased again in 2019 as he made 11 appearances in the first team scoring three times, including a stand-out Man of the Match performance against Warrington at the Halliwell Jones Stadium in August.

Jack, who can also play at full back and at centre was delighted to have extended his contract at the club.

Welsby said: “I am made up. Finding out that I had been given a new contract is exactly what I wanted heading into the new season. It’s a great lift for myself.

“I have been at the club for a long time now and I have only ever seen myself playing here. The way it is going so far, I have loved every minute of everything I have done so I am really happy.

“I just want to keep working hard now and get a good pre-season under my belt, challenge people in my positions and push everyone to be the best and that is how we will get the best out of the team and get the best results we can.”

Head Coach Kristian Woolf said: “I am delighted Jack has signed an extension to his current deal. Jack is a tremendous talent and proved last season with a string of impressive performances that he is a Super League player.

“In the short time I have been with him I can see his potential and the enthusiasm Jack has to learn and develop his game. He knows he has a lot of hard work in front of him, but he will be learning from the best with the likes of Lachlan Coote and Jonny Lomax in and around him.

“He has a fantastic future in the game and we are delighted that future will be with us here at St.Helens.”

Chairman Eamonn McManus said: “It’s great that Jack has extended his deal with us. He’s already shown himself to be a prodigious talent, even at such a young age.

“He’s a mature and professional head on young shoulders and is already seriously pushing more established players in a very strong Saints squad for their positions. It’s difficult not to see him representing  England in the future.”

Jack will be hoping for more first team appearances in 2020 and beyond.