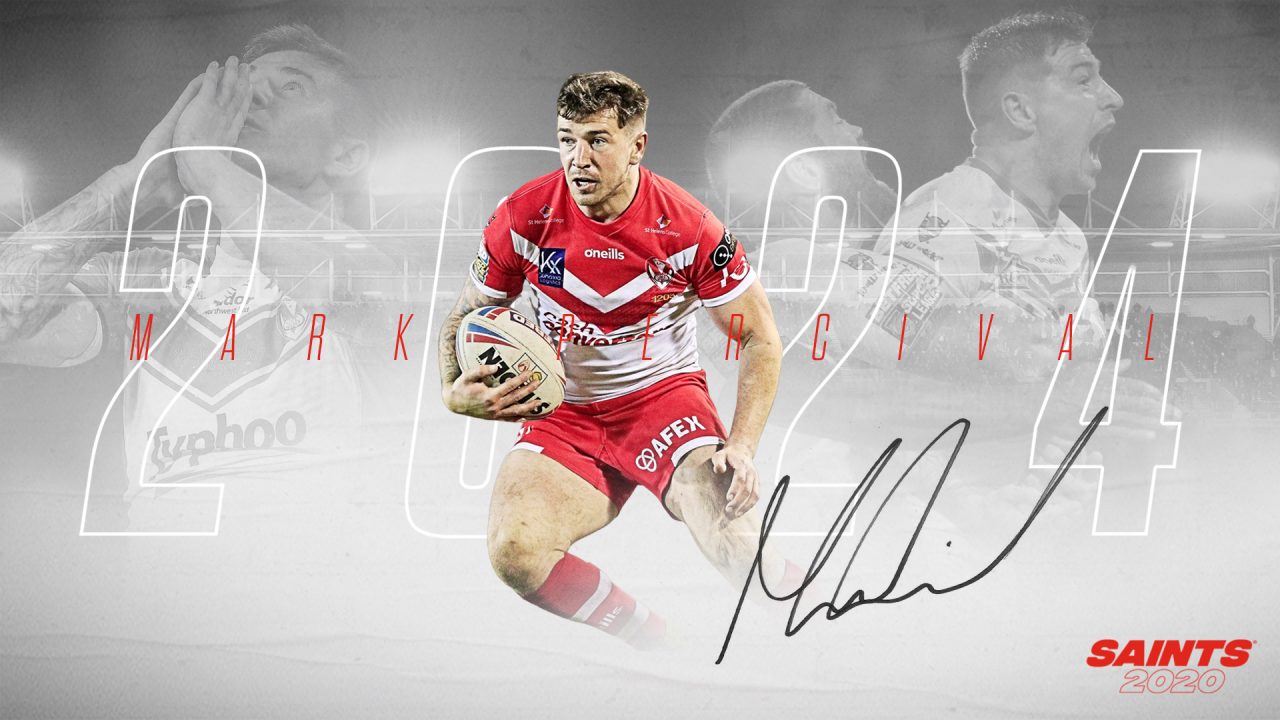 St.Helens R.F.C is delighted to announce that Mark Percival has agreed a new five year deal, which keeps him at the club until the end of 2024 season.

Percival joined the Saints as a 14-year-old from Halton Hornets and quickly made an impact in the Scholarship and Academy set up.

Now 25, the centre made his first team debut against Leeds Rhinos back in 2013 scoring 10 tries in his first season at the club.

Although 2016 was beset by injury, ‘Percy’s’ form was good enough to see him selected for England and the Four Nations. That continued in 2017 with the centre being named in the Dream Team and representing England at the World Cup.

2018 brought more International recognition for Mark as well as his second appearance in the Dream Team whilst 2019 was another impressive season as he scored 12 tries in 26 appearances including a try in the Grand Final success over Salford.

In total, Percival has scored 88 times in 158 appearances and has kicked 225 points.

On signing his new contract Percival said: “I am over the moon. I have loved being at this club since I joined at the age of 14. Leaving ha never really come into my mind and to be offered a five year deal, I am buzzing.

“I have known Mike Rush and Eamonn (McManus) for a long time now and for them to put their faith in me to be at this club for so long is something I have humbled by and I want to repay them with my performances.”

Head Coach Kristian Woolf said: “I’m delighted Mark has signed a new deal with us. He’s as tough as they come and although only in his mid-twenties is a player with a vast amount of experience.

“Having won two Grand Finals he clearly knows how to win and that is hugely beneficial to our group and the younger players. We will miss Percy over the coming weeks given his injury, but when he is back fit I have no doubt he will continue to be an important player for us over the coming years.”

Chairman Eamonn McManus said: “I believe Mark Percival to be the best centre in England at the moment and with potential to get even better.

“It’s therefore great news for us and for Super League that that Mark has signed a new five year deal. It’s unfortunate that he is currently out injured, but I’m positive that he’ll return stronger and better and have a great career with us.”