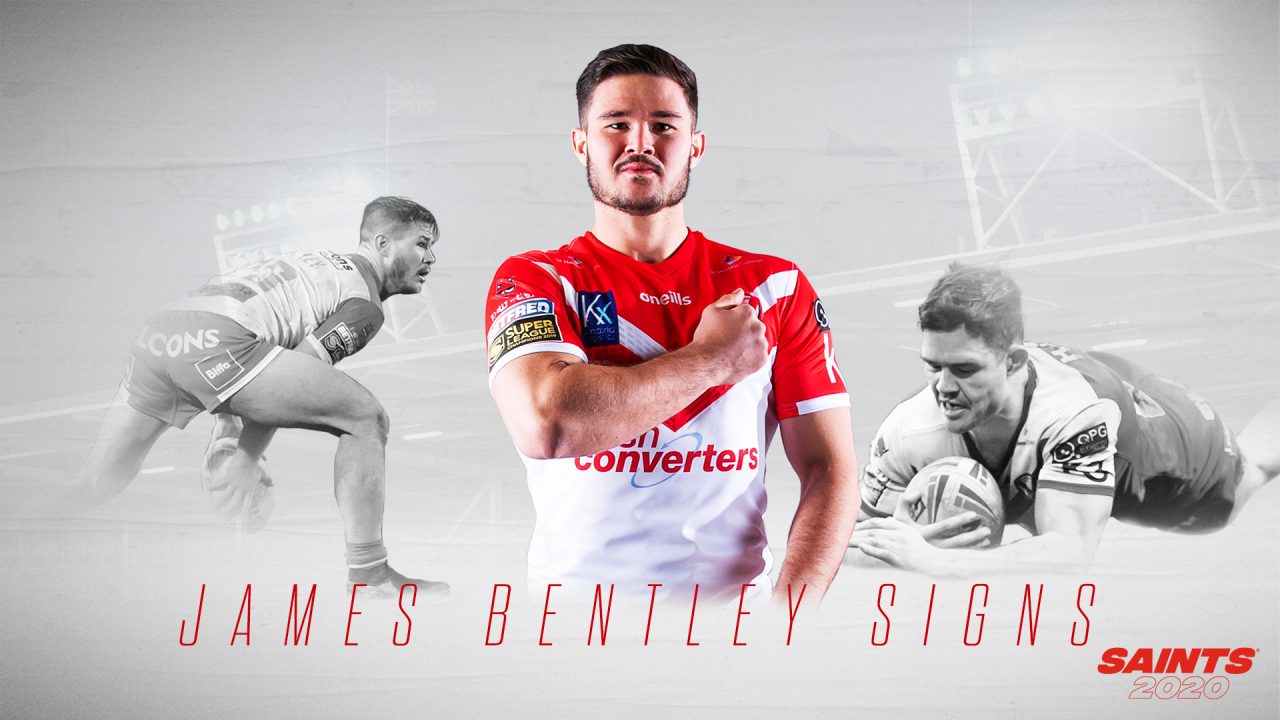 Talented back rower James Bentley has committed his future to St.Helens R.F.C. by signing a 12 month contract extension which will keep him at the Club until at least the end of the 2021 season.

Bentley, signed for Saints from Bradford Bulls back in 2017 and has been an important player in the squad over the last few years, making 25 appearances and scoring 4 tries.

This season, the 23-year-old Irish international, has already played five times scoring two tries and has often been utilised in a variety of positions including in the back row, at hooker and in the centres with his versatility becoming vitally important to the Club.

Fresh from signing his extension, Bentley said: “I am very happy to sign an extension with the Club. We had a great year last season and I am looking forward to what the future may hold.

“I want to thank Kristian Woolf, my teammates and all the staff and the fans who have always made me feel at home. I am excited to get going again and hope to continue my development here at Saints.”

“James has a great attitude and gives it his all in every training session and on the field.

“He has already shown his talent this season since I came in and is an important part of our squad moving forward.

“If he continues to work hard and improve he will have a bright future ahead of him.”