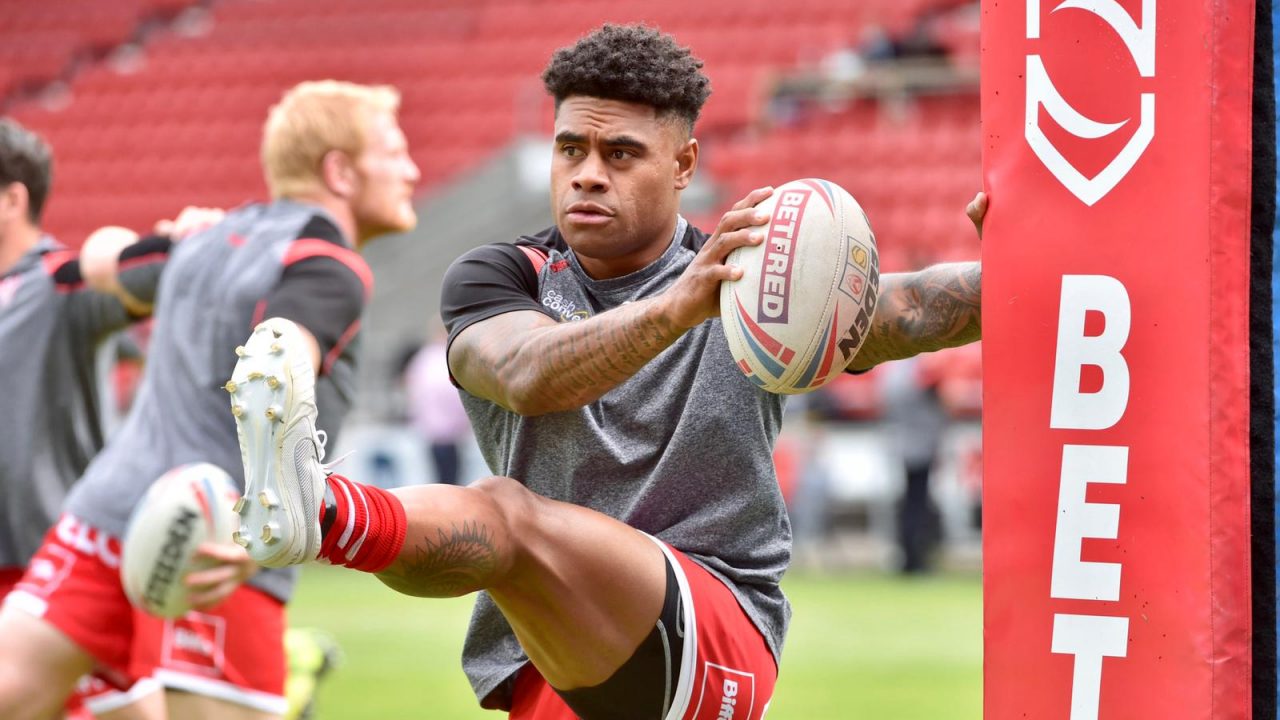 Naiqama fresh and ready to go again on Sunday

Kevin Naiqama insists it has been “business as usual” for the players and feels the week off has helped the players freshen up once again ahead of the clash with Hull KR on Sunday.

Naiqama, who has scored twice in 10 appearances so far this season, insists despite the news of the ‘false-positive’ of one of the Club’s non-playing staff last week, it has not effected the players too much with the boys training hard after a week to freshen up again.

The powerful Fijian will have a new wing partner this weekend after Tommy Makinson was banned for the next five matches. Kristian Woolf hinted in his pre-match interview yesterday that Jack Welsby may get a shot on the wing having played there earlier this season and Naiqama says, if selected, it’s a good opportunity for the youngster to string some games together.

Our no.3 also talks about how he has found the new rule changes and looks ahead to the challenge of Hull KR on Sunday (1pm).