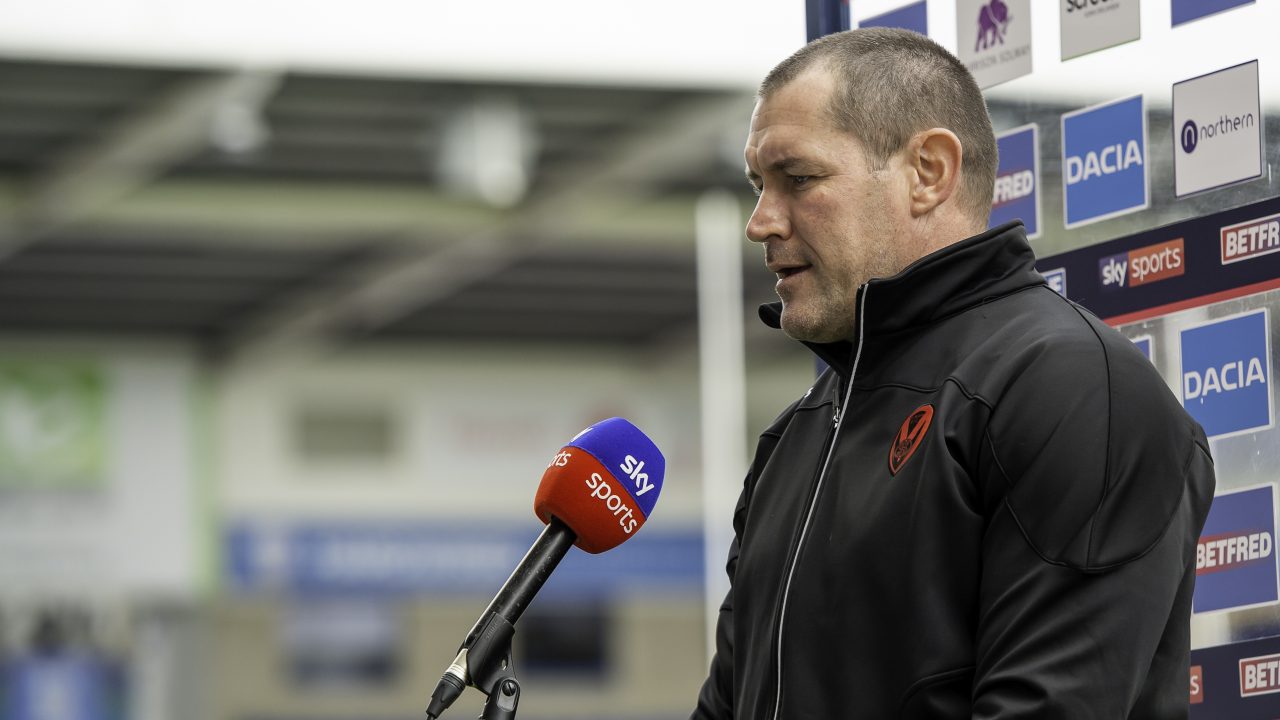 Mark Percival will be named in the 21 man squad ahead of Saturday’s Coral Challenge Cup Quarter Final against Warrington, whilst Louie McCarthy-Scarsbrook will definitely feature Kristian Woolf has revealed.

Percival has not featured since picking up a muscle injury in the win over Castleford back on 16th August, but returned to training last week and will continue to build up his fitness this week ahead of Saturday’s clash with Warrington (2:30pm) live on BBC1 with Woolf admitting he will ensure the centre is 100% fit before he considers playing him.

Louie-McCarthy-Scarsbrook sat out the victory over Hull KR, but Woolf confirmed he will definitely return. Kevin Naiqama may be forced to sit out if the RFL stand by his two game suspension which was announced on Monday.

Woolf also admits the players can’t worry about the heartbreak of losing the Cup final last year, but knows Warrington, like Saints, are in good form and is hopeful he will be close to full strength.

Saints TV subscribers can watch the full interview where the boss reflects on the manner of the victory on Friday, plus talks in more detail about how special the Coral Challenge Cup is.