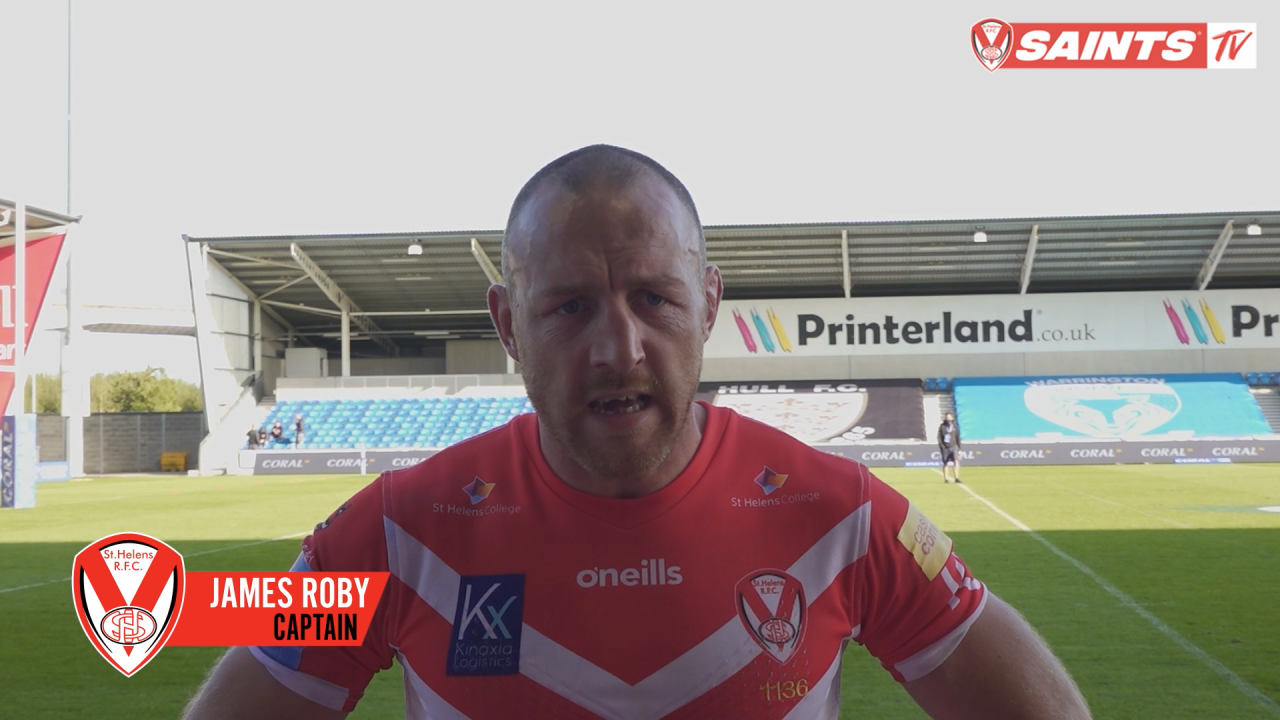 James Roby was naturally dissapointed with Saturday’s cup defeat and admitted Warrington took their chances, whilst admits it’s time for Saints to dust ourselves down and focus on retaining our Betfred Super League crown.

Roby chatted to Saints TV after the game admitting he felt a few little areas let the Saints down and although the boys did well to claw it back to within two points, was dissapointed with the overall performance.

Our captain also gave us his thoughts on the match-winning Warrington try late on which seem to bounce off Anthony Gelling’s head and go forward into the hands of Josh Charnley.

Roby insists it’s time for the Saints to dust ourselves down and focus on retaining our Betfred Super League crown.

Watch the FULL interview on Saints TV where Roby analysis the game in more detail.