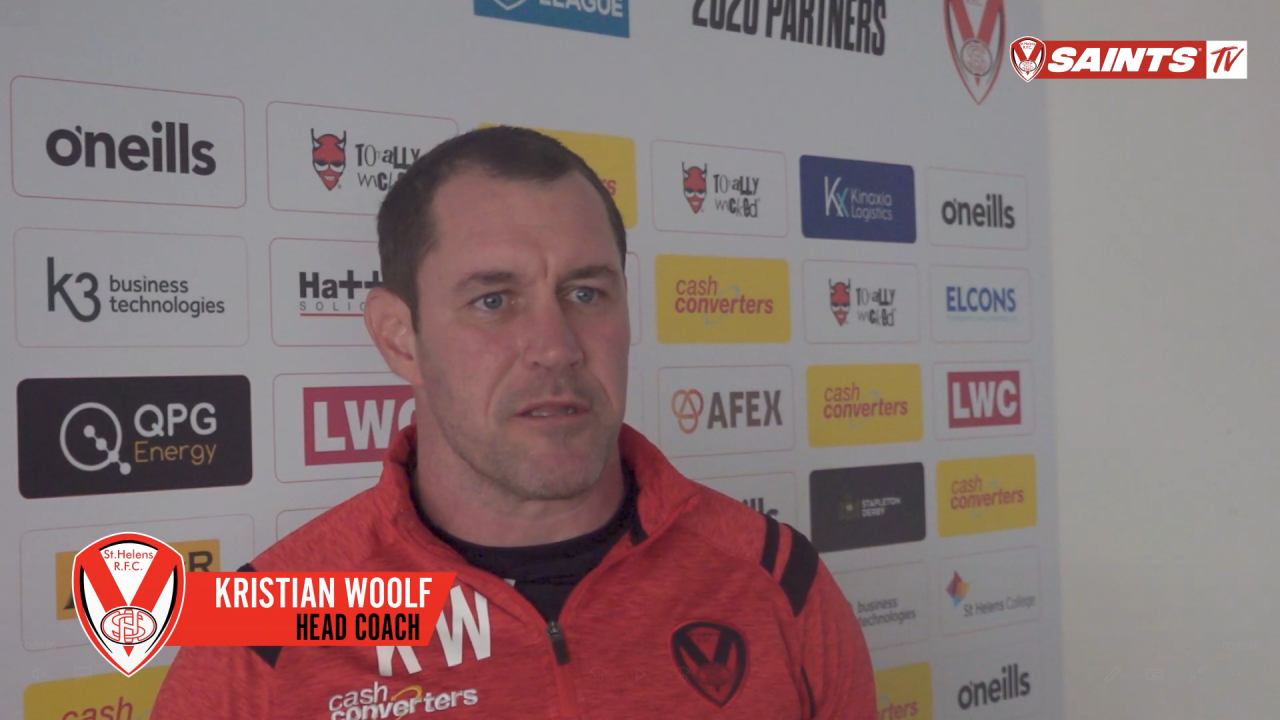 Kristian Woolf insists he knows all to well what the Wigan vs Saints derby means to St Helens fans ahead of Tuesday’s huge Betfred Super League showdown.

Woolf says he has been told a number of times what the derby means to Saints fans and says Tuesday’s game is the perfect opportunity to bounce back from the disappointment of last weekend’s cup defeat.

There is also an update on Mark Percival following a recurring hamstring injury whilst Woolf reveals ‘Percy’ had trained for over a week before picking up the unfortunate injury again against Warrington.

Saints TV subscribers can watch the full interview where the boss talks more about the derby whilst he also exclusively tells us who will start in the centres on Tuesday night!