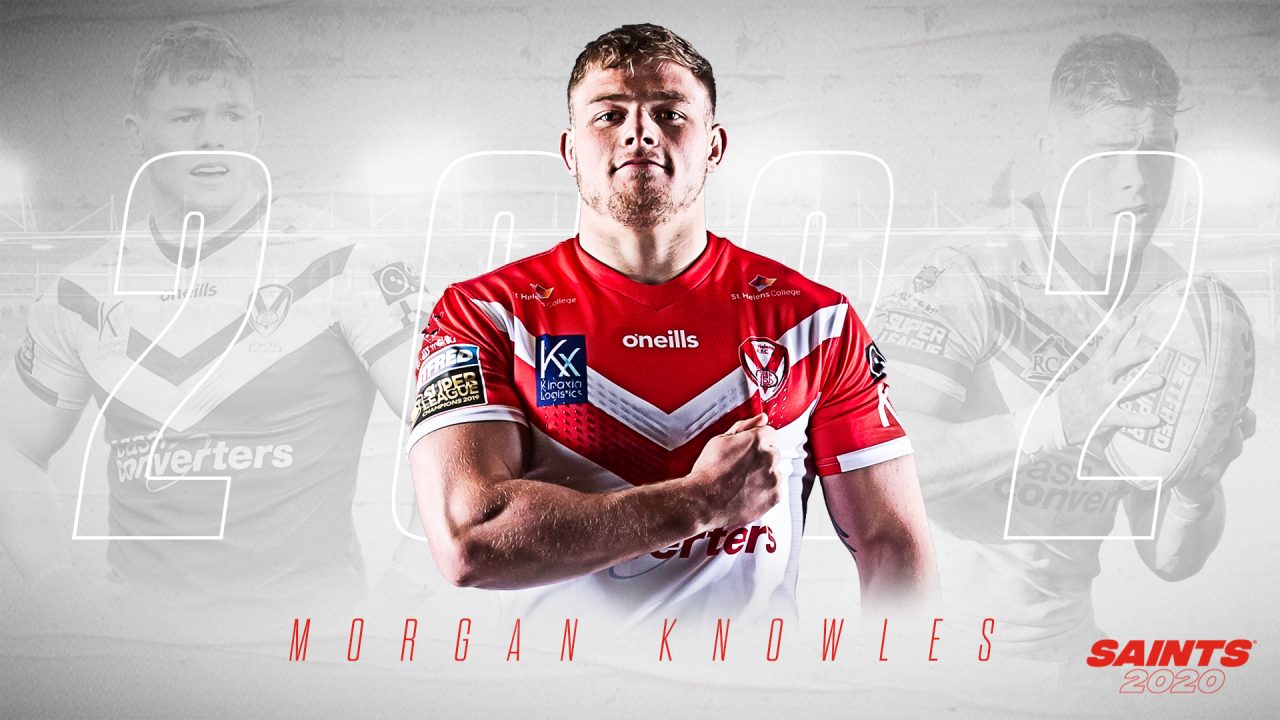 Powerful loose forward Morgan Knowles has committed his future to St.Helens R.F.C. for a further two years which will keep him at the Club until at least the end of the 2022 season.

Knowles, signed for Saints Scholarship as a 16-year-old from Barrow Island and progressed through the ranks to make his debut for the Club and for Wales in 2015 – and hasn’t looked back.

The 2019 season was arguably Knowles’ best as a professional as he played 29 times, scoring six tries, including in the Betfred Super League Grand Final against Salford at Old Trafford before being named in the Super League Dream Team.

Knowles, who can also play in the back row and at hooker and has also represented Blackbrook as a junior, has made a total of 130 Saints appearances, scoring 20 tries over six seasons at the Club.

We are delighted to reveal that @MorgsKnowles has put pen to paper on a two year contract extension at the Saints! ✍️

👊🏻 The best in the business! 👊🏻#COYS pic.twitter.com/ZCCdjQ2Fse

He turned 24 yesterday and recently switched his alliance to England with Shaun Wane revealing he expects the powerful forward to play a big part in the future success of the national team.

Fresh from signing his extension, Knowles said: “I am delighted to have signed a new deal. I have been at this Club since I was 15 and I have loved every minute of it. 2019 was a great year for me and more importantly, the Club and I am now really excited about the future.

“I want to thank everyone at the Club including Head Coach Kristian Woolf and the fans for their support. My focus now is ending 2020 with another Super League Grand Final ring.”

Head Coach Kristian Woolf added: “We are delighted Morgan has re-signed with us. He is a terrific competitor and has a great skill set and I love his work ethic and his desire to be better as a player.

“He is a young guy, but is already in our Leadership Group and that is because he leads by example so well and he is a guy that we see as a real leader and possibly a future captain of the Club.”

Knowles will look to make it back-to-back Super League titles as Saints look to retain our crown in 2020.