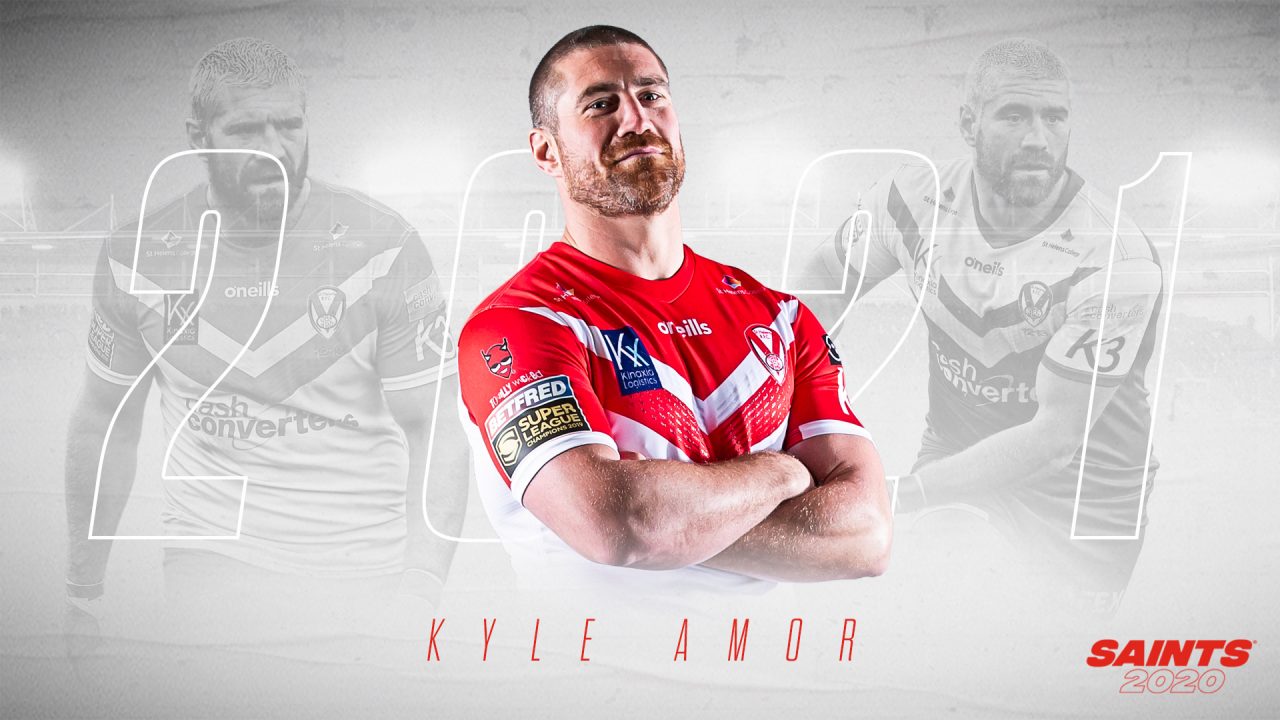 Experienced prop Kyle Amor has signed a 12-month contract extension at the Saints which will keep him at the Club until the end of the 2021 season.

Amor signed from Wakefield Trinity in 2013 and has gone on to make 182 appearances for the Club, including scoring 18 tries.

And the 32-year-old has joined Louie McCarthy-Scarsbrook in signing a short-term deal which will keep him in a St.Helens shirt until the end of the 2021 season.

Fresh from signing his extension, Amor said: “I am over the moon to sign on again for another year. Ever since I joined the Club I have loved it; the players, the staff and the people in the town. I am delighted to stay for another 12 months.

“My role has changed over the last couple of years and as long as I am contributing enough to be selected every week then I will be happy. It’s a special time at the moment with a lot of young lads putting pen to paper and the Club is clearly building for the future.

“Part of my role next year is to help those young lads come through and that is what it is like at this Club. We all help each other out and make sure that whatever happens is the best result for the Club.”

Head Coach Kristian Woolf added: “I have been really happy with what Kyle has offered us off the bench this year. He has some really good experience and he and Louie (McCarthy-Scarsbrook) love playing together and I love the enthusiasm they bring to the squad.”

“Kyle’s experience, in what is essentially going to be a younger group next year, is going to be essential and he will play a part in helping those other young middle forwards develop. He is a popular member of the group and I enjoy coaching him.”

Amor played 19 times for the club in 2014 before a knee injury curtailed his great form, he returned towards the back end of the campaign and was superb in Saints run to Grand Final victory.

2019 saw Amor make an important impact off the bench for the Saints scoring some important tries along the way and he will look to pass on his experience to the younger forwards in 2021.