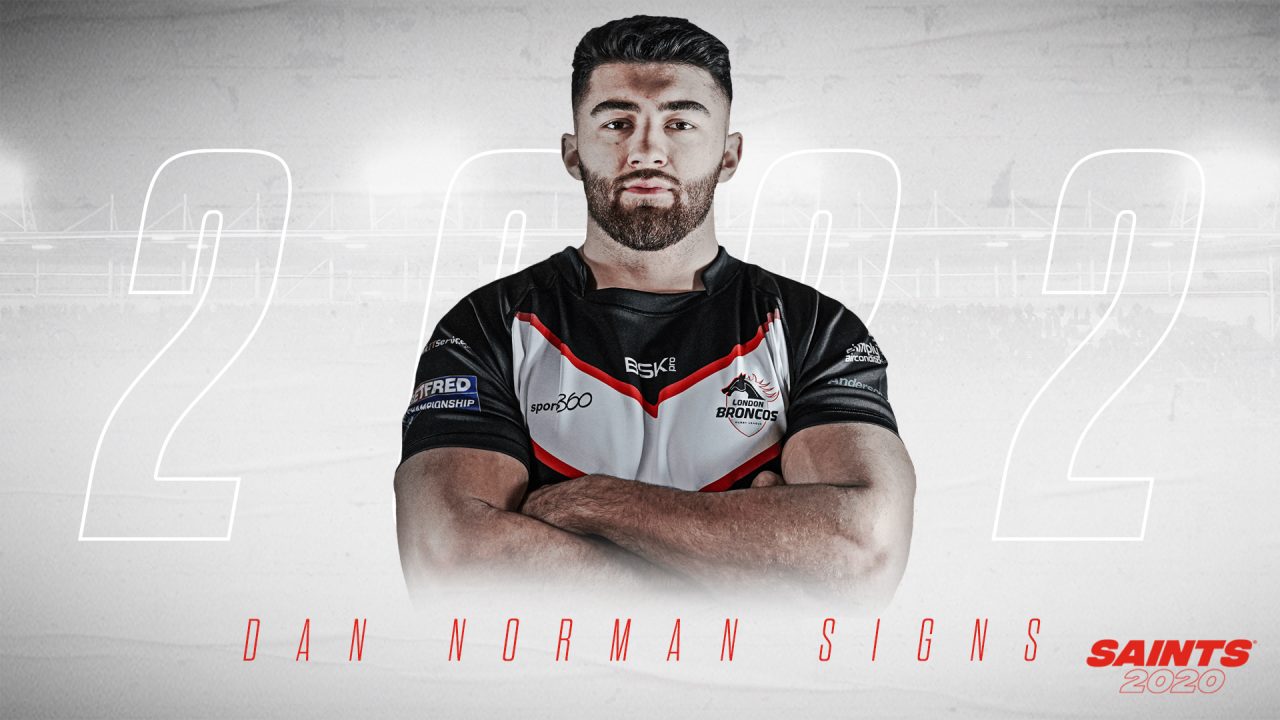 Kristian Woolf has bolstered his pack of forwards further with the signing of young, towering prop, Dan Norman on a two year deal from London Broncos.

The 23-year-old will join the Super League champions in 2021 after being eyed up as a star of the future.

Warrington born Norman joined the Broncos ahead of the 2020 campaign from Widnes Vikings, where he made 19 appearances last season, including appearing at Wembley as the Vikings suffered defeat in the 1895 Cup Final at the hands of Sheffield.

An England representative at youth level, Norman made his Super League debut in 2018 against Salford Red Devils before Widnes were relegated.

He played regularly for the Broncos pre-lockdown, but has opted to return north with the Saints and will provide competition for places in the forwards.

On signing for Saints, Norman said: “I’m delighted to have signed for such a big club like St. Helens with so much history. I’ve enjoyed my short time at London and I’m thankful for the opportunity, but I’m now really looking forward to the new challenge at St. Helens and gaining more Super League experience with the best team in the comp. I can’t wait to get in and meet all the boys, staff and fans next year!”

Head Coach Kristian Woolf said: “We see Dan as a player with massive potential. He already has some Super League experience and is a young, strong forward. He has impressed in the Championship for Widnes and London is a big body with good athleticism and work ethic. We are looking forward to him joining us ahead of the 2021 season.”