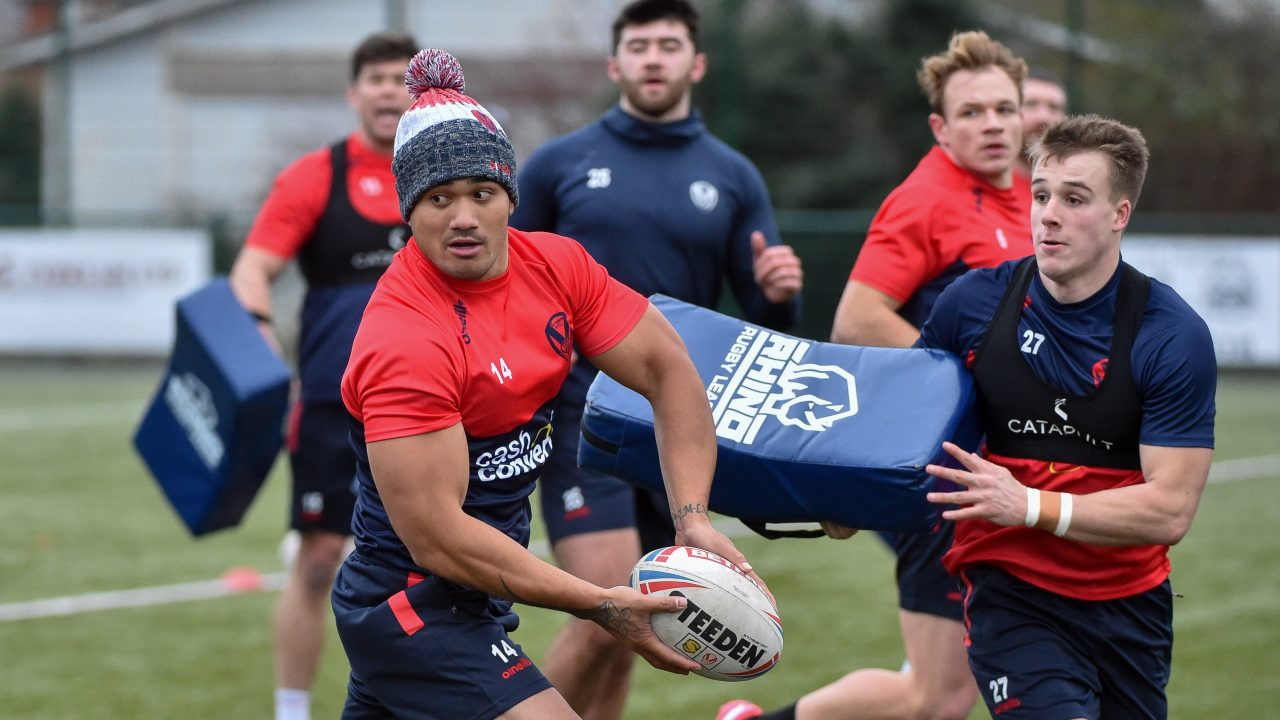 Our newest signing, Sione Mata’utia joined up with his Saints teammates this week for his first training session in Saints colours!

The full first team squad kicked off their pre-season campaign on Friday, with the likes of Joel Thompson, Iggy Paasi and Dan Norman all taking part for the first time.

And our newest recruit, 24-year-old back-rower, Sione Mata’utia, who was the youngest ever player to represent Australia, has now joined up with the rest of the group to kick off his pre-season training regime as the Saints look to go for three Super League titles on the bounce.

Sione Mata’utia [#14] joins up with the squad for his first week of training with the Champions! 🔥#COYS pic.twitter.com/I6hNaTMxgI

Head over to saintsrlfc.com to view a gallery of images from his first session whilst subscribers can watch Sione in action above.