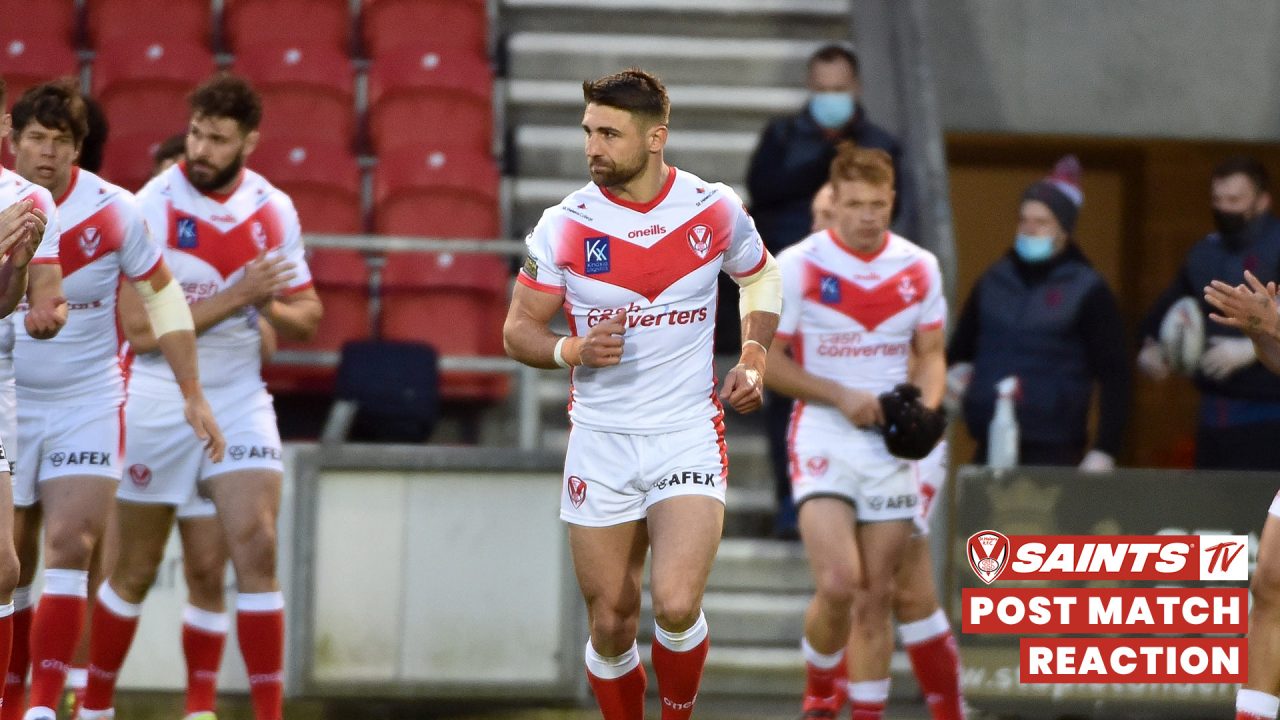 Tommy Makinson paid thanks to all the Saints fans, Leigh Centurions, the RFL and the Club and sponsors for all their work in getting Saturday night’s Testimonial match played.

It wasn’t the result he wanted, but Makinson was pleased with the hit out and believes it will stand us in good stead for the season opener against Salford.

Makinson was Saints star man on the night, bagging two tries and he believed the young lads who got their chance in the second half deserved their opportunity having not played much rugby in the past 12 months.

Hear from Makinson above.