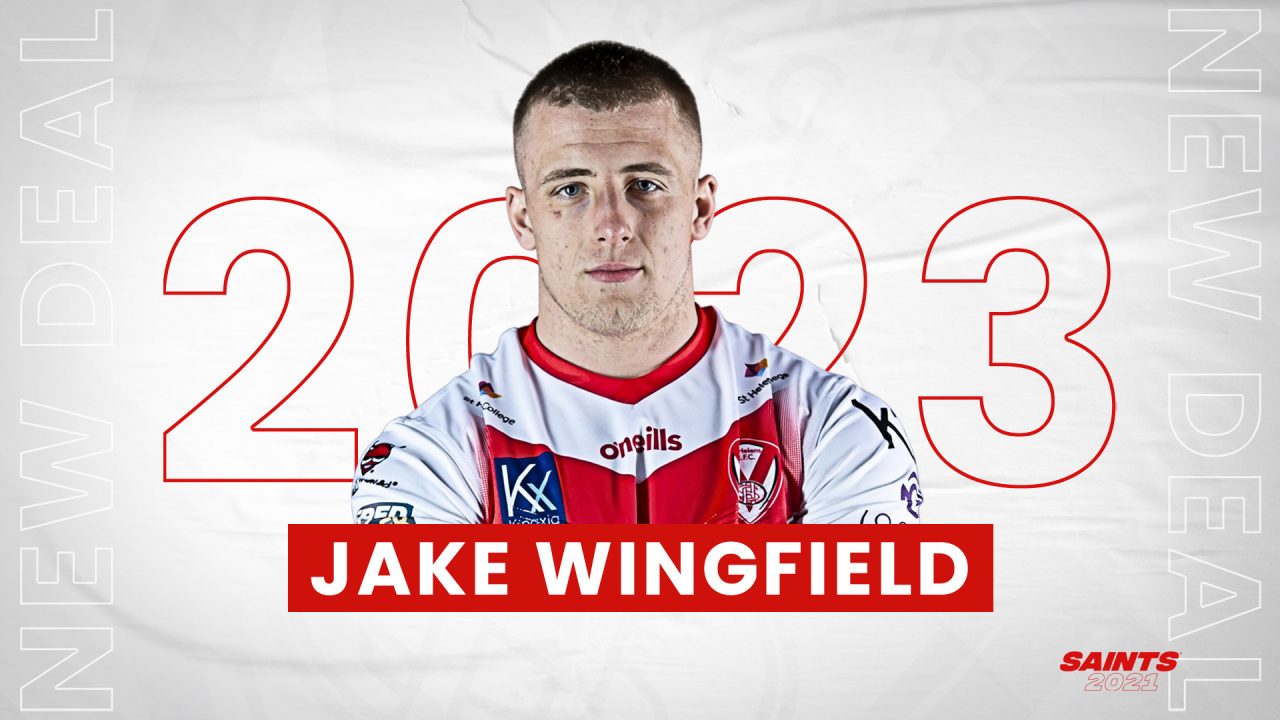 Promising forward Jake Wingfield signs on until end of 2023

St.Helens R.F.C is delighted to announce that promising 19-year-old forward Jake Wingfield has signed a two year extension which will keep him at the Saints until the end of 2023.

The loose-forward from Blackbrook, progressed through the Saints Scholarship system and into the Saints’ Academy and scored 5 tries in 25 games for the Academy in 2018 before bagging 5 in 16 in 2019.

Wingfield, who has played at hooker and at half back in the Academy and has also represented Lancashire at Academy level, made his first team debut in the defeat to Salford last season.

He has impressed again in pre-season training with the first team and got another chance in Tommy Makinson’s Testimonial match against Leigh Centurions last weekend.

On signing his extension, Wingfield said: “I am really happy to sign this extension. The Club has been great with me over the past 18 months with my injury. They have supported me all the way and signing on and show my loyalty, was the least I could do. Hopefully now there is plenty more opportunities to come.”

Head Coach Kristian Woolf said: “Jake had 17 months out with an ACL injury and the resilience and the attitude he showed through that period to get himself back fit to play was terrific.

“I thought he played really well in his opportunity against Salford last season and on the back of that and his hard work we kept him in the 21 man squad and he was on the fringes of making the 17 towards the back end of the year.

“He has had a real good pre-season this year and is a bloke we expect will play plenty of rugby for us and keep developing. He is a real player for the future.”

Jake, joins Josh Simm who signed an extension to his deal earlier today.