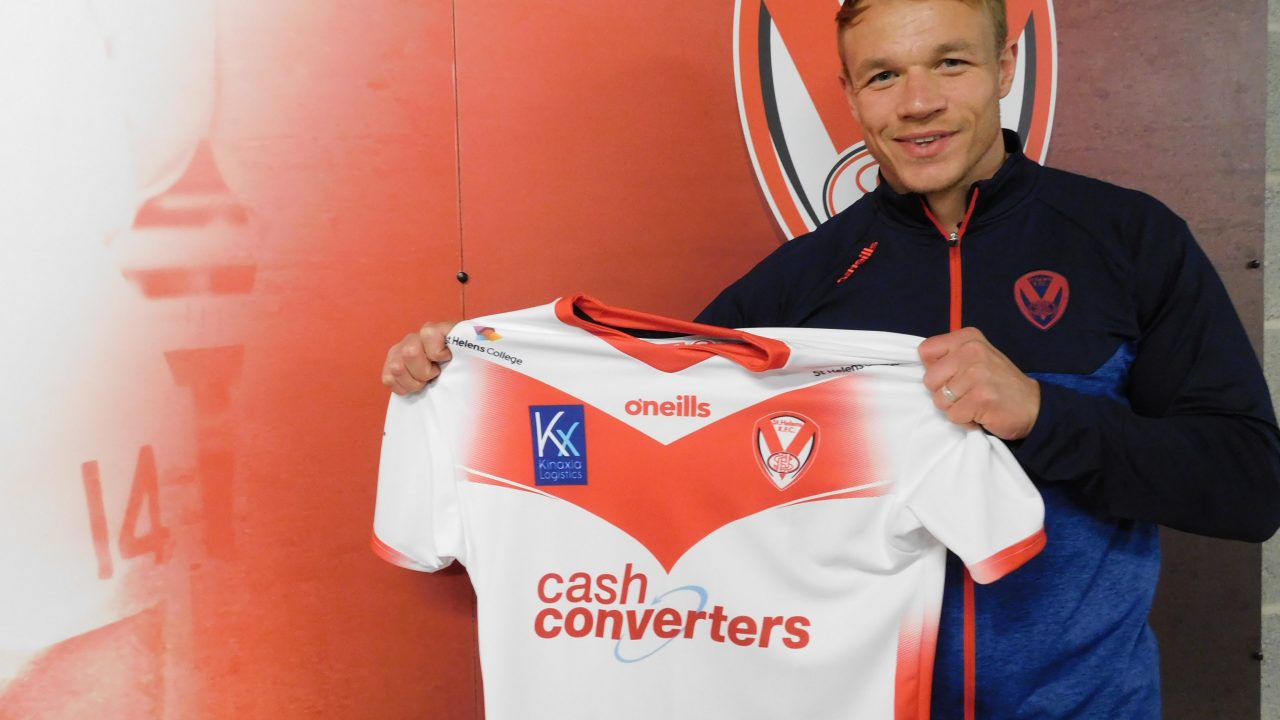 Jonny Lomax is the latest big name Saint to sign a new long-term deal at the Club and the inspirational half back insists he wants to show his loyalty to the Club after overcoming some dark times with injuries over the years to now be at the top of his game.

The 30-year-old signed for the Club’s scholarship system back as an 11 year old before making his debut for the Club against Wakefield back in 2009. He broke into the first team squad on a consistent basis in 2011 before playing in the 2011 Grand Final.

In 2013 he made the full back position his own and immediately established himself as one of the best in the competition, but his 2014 and 2015 campaigns were dogged by a persistent career threatening knee injury and Lomax goes into detail about overcoming those set-backs to develop and become one of, if not, the best half in the Betfred Super League.

He talks about his switch from full back to the halves and how he feels his game has developed – both as a player and as a leader off the field too. Lomax also reflects on his current form as he helped lead Saints to back to back titles and reveals if he thinks it ranks as the best of his career.

Jonny goes on to look ahead to Saturday’s clash with Leeds and the season as a whole before revealing his excitement ahead of a potential World Cup for England at the end of the year.

If you’re not already a Saints TV subscriber, join today by clicking HERE. Saints TV is available from £5.99/month where you will enjoy a 7 day FREE trial and can enjoy FULL match replays of all Saints games, home or away.

Our best value is our Annual Subscription costing just £69.99 or Members can enjoy this at the discounted rate of £49.99 by typing your membership number in the Coupon Box at the top of the Billing Page. Annual subscribers will also receive a FREE 30 day trial and you can cancel at anytime.