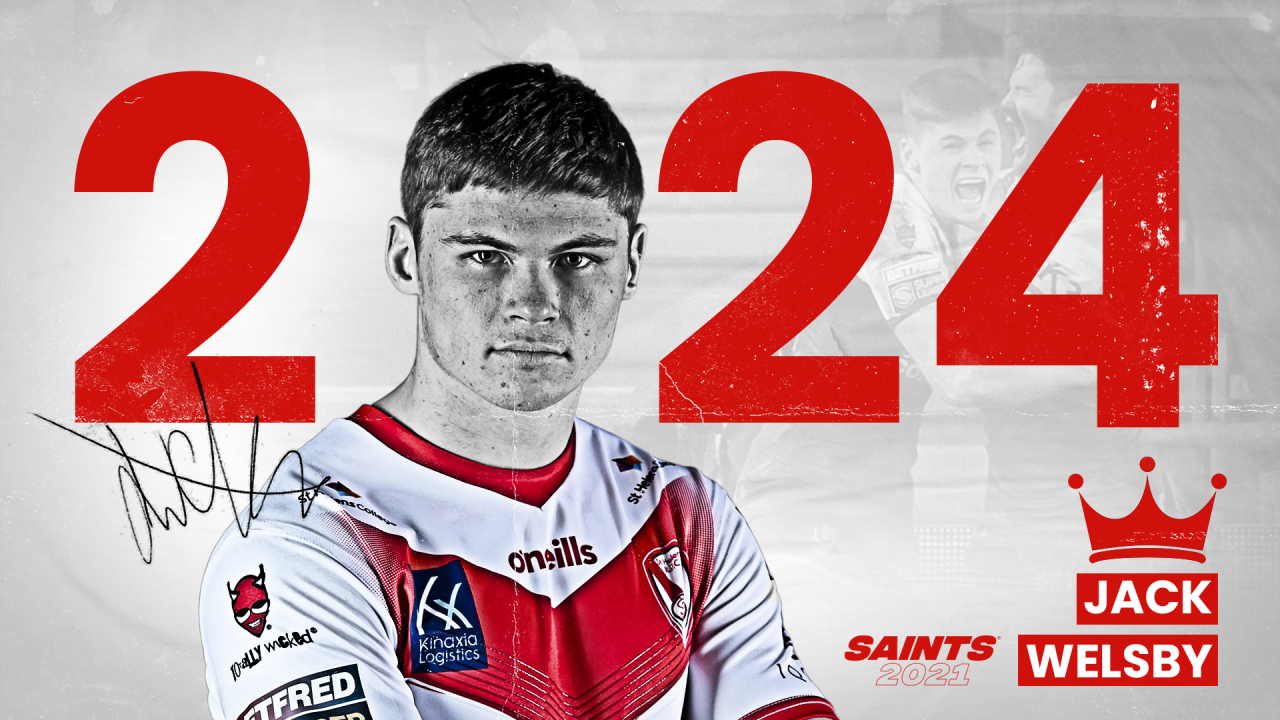 2020 Super League Grand Final hero Jack Welsby has signed a three year contract extension at the Saints which will keep him at the club until at least the end of the 2024 season.

The 20 year old, stole the headlines following his last second try in the Club’s dramatic 2020 Betfred Super League Grand Final victory over Wigan. He made a total of 17 appearances last season and has not looked back in 2021 following a string of impressive performances – most notably a hat-trick in the Saints Super League victory over Hull FC.

Welsby played at amateur club Shevington and then moved to Blackbrook before signing for the Saints in 2014. He shone on the Academy’s 2017 Tour of Australia and in 2018 he was the Academy’s dominate half, proving to be a real threat with the ball before his form was rewarded with a first team debut in the win over Hull FC later that year.

His talent was also showcased again in 2019 as he made 11 appearances in the first team scoring three times. In total he has made 40 appearances scoring an impressive 19 tries.

On signing his extension, Jack said: “I am buzzing to sign another extension at this Club. I love it here and  I am delighted to get this deal over the line so I can concentrate on my rugby again.

“I had a great season last season, topped off in the best possible way with the way the Grand Final ended both for me personally, but more importantly the Club. This extension is the cherry on top, but I am now fully concentrating on the season ahead and trying to achieve more success with this special group. A group which I am very grateful to be a part of.”

Head Coach Kristian Woolf said: “Jack is an outstanding young player who has come through the St Helens system and is one of our own. He has a terrific skill set and great knowledge of the game and he always wants to learn and get better.

“What I love about him is he competes in whatever position he plays. He just makes it work. Jack is clearly going to be a real feature for the Saints moving forward and has the potential to take on a leadership role within the Club in the future.”

Chairman Eamonn McManus said: “It’s tremendous news that Jack has extended his contract with us.

“He continues to improve and is already very much an established player in the Saints team at the age of 20.  Besides his obvious rugby talents, he has an admirable attitude and temperament.

“There’s no doubt that he will continue to improve and go on to be a key player at the Saints for many years to come.”