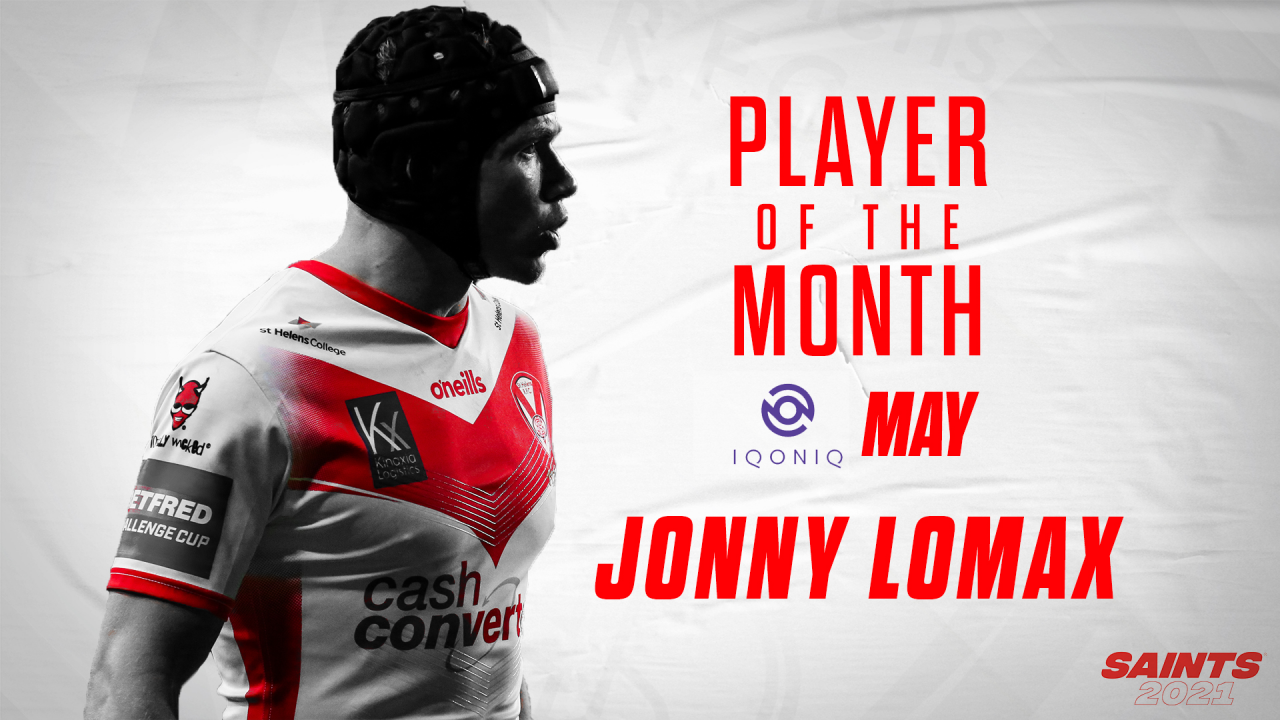 Lomax named IQONIQ Player of the Month for May

Saints’ Jonny Lomax has been named May’s Player of the Month after four impressive showings.

Lomax made four appearances in May helping Saints win three of our four games and laying on five tries for his teammates. That means he is just two just behind Super League assists leader Jake Connor – with one game in hand.

Upon collecting his IQONIQ sponsored award, Lomax said: “The most important thing is of course the team. It’s always about doing what is best for the team and hopefully we can keep getting good results on the field. It’s fantastic in the last month we have been given the opportunity to have another go at Wembley. We have had a good start to the season and we will deal with Wembley in the week’s to come. Before then it is about dealing with our games week to week and that starts with Thursday’s game against Warrington.”

Head Coach Kristian Woolf paid credit to Lomax and revealed why he selected him as his Player of the Month for May: “Jonny is a real leader in our team. He has been excellent both on and off the pitch since I joined the club. His performances throughout May have been top class and he like the rest of the team are focused on improving as we move through the season.”

Watch Lomax in action throughout May above.