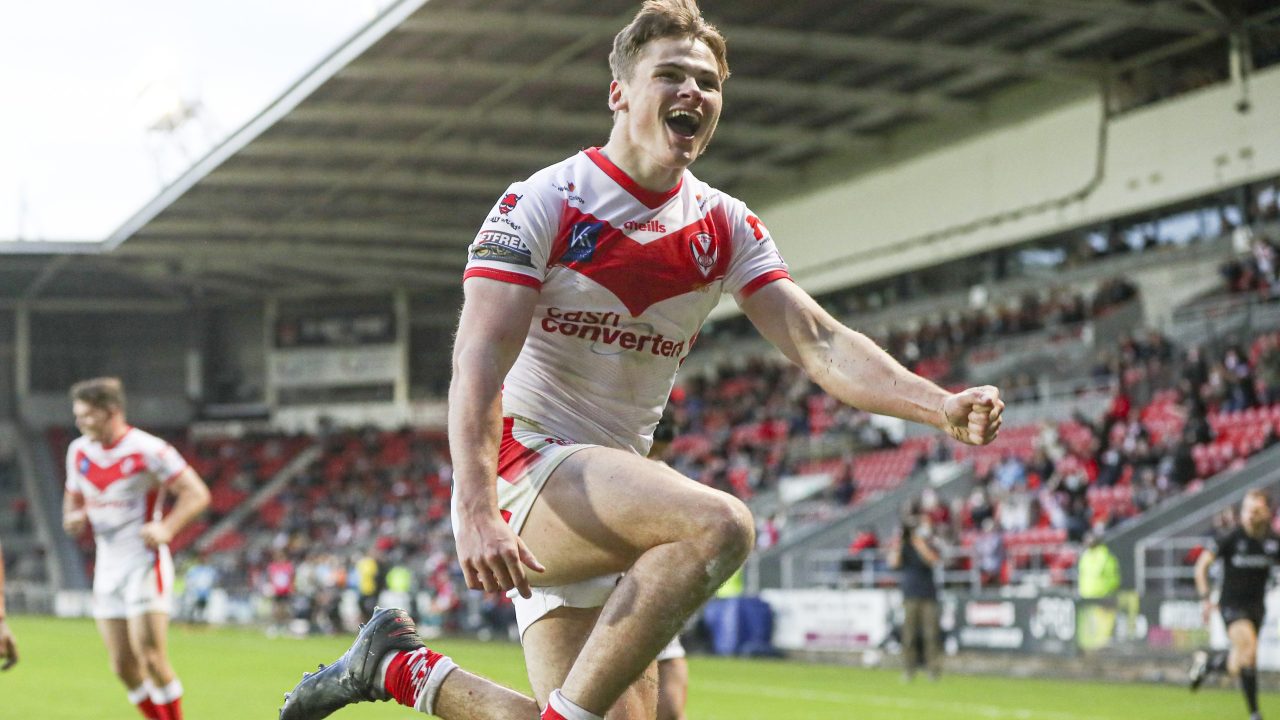 Welsby to be Saints full back in 2022

Jack Welsby will be St Helens full back in 2022, Head Coach Kristian Woolf has confirmed.

Welsby has rose through the ranks and has been a stand-out player in 2020 and 2021, grabbing the headlines with his last second try against Wigan which won the Grand Final for Saints, before his stint at six in the second half of Saints Challenge Cup win at Wembley also led to rave reviews.

The 20-year-old Academy product has starred in a number of positions for the Saints, most notably at centre, whilst his versatility off the bench has been a huge boost to the squad.

But with the news that current no.1 Lachlan Coote will join Hull KR next season, Woolf, who extended his Saints stay earlier today, has confirmed in his press conference that Welsby will step into the full back position from 2022 – and he had some high praise for our young star!