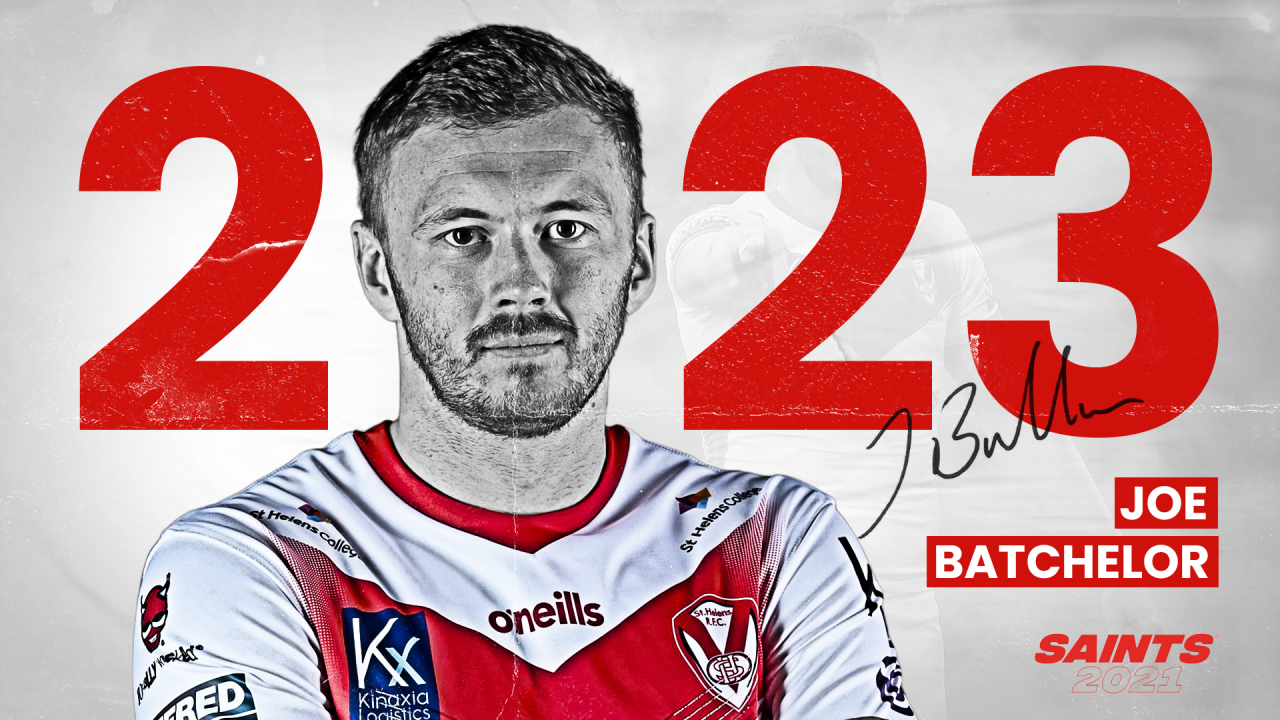 St.Helens R.F.C. is pleased to announce that Joe Batchelor has extended his stay at the Club, signing a two-year deal until at least the end of the 2023 season.

Batchelor signed for the Saints back in 2019 from York City Knights on a three-year contract and in April 2019 made an impressive debut in the Easter Monday demolition of Hull FC.

2019 saw the second rower spend the majority of the year on Dual Registration back at York as well as Leigh Centurions where he impressed. He also made four appearances for the Saints – the same amount he made in 2020.

But this season, Batchelor has broke into the first team and took his chance, playing 16 times so far, including scoring his first Saints tries against Hull FC and Catalans.

The 26-year-old has made a total of 24 Club appearances, scoring twice.

After signing his new deal, Batchelor told saintsrlfc.com: “I am over the moon to extend my time here. When I signed three years ago, I knew this was the Club for me and I knew I wanted to stay here.

“I always backed myself and I just needed a small run of games and I knew I would be able to prove my worth. I am now looking forward to what the future may hold here at Saints.”

Head Coach Kristian Woolf said: “I am really happy to be able to re-sign Joe. He is an integral member of the team who is well-respected. Joe has earnt that respect of the group through his willingness to work hard and compete every week.

“What I like about what he has done is that he didn’t start the year in our side, but through hard work and persistence he has taken his opportunity and is now an important player in our team.

“He is a versatile player who can also play on the edge or down the middle and will play a big part for us in the future. I am looking forward to seeing him continue to improve.”

Chairman Eamonn McManus added: “Joe has continued to improve over the last couple of seasons and we are confident that he will make further progress. He will contend even more strongly for a regular position in the team.

“He is also one of the most popular members of our squad and we are all very happy that he has committed to us for the next two years.”

Saints beat off hot competition from other clubs to sign Batchelor, who is the brother of Wakefield Trinity`s James.

Batchelor had spells with Sheffield Eagles academy, played a year in Australia before joining Coventry Bears. An outstanding 2017 at York saw Joe named both the Player of the Year and The York Press Player of the Year following his debut season at the club, which saw him score 15 tries in 22 appearances. In 2018 he scored a try against Catalans Dragons in the Ladbrokes Challenge Cup.

In April 2019 Joe made an impressive debut in the Easter Monday demolition of Hull FC and his career as a Saint was fully-fledged. The 2020 campaign saw Joe feature in several matches, whilst off the field Joe has built a reputation as an excellent communicator and key member of the Saints’ community programme.