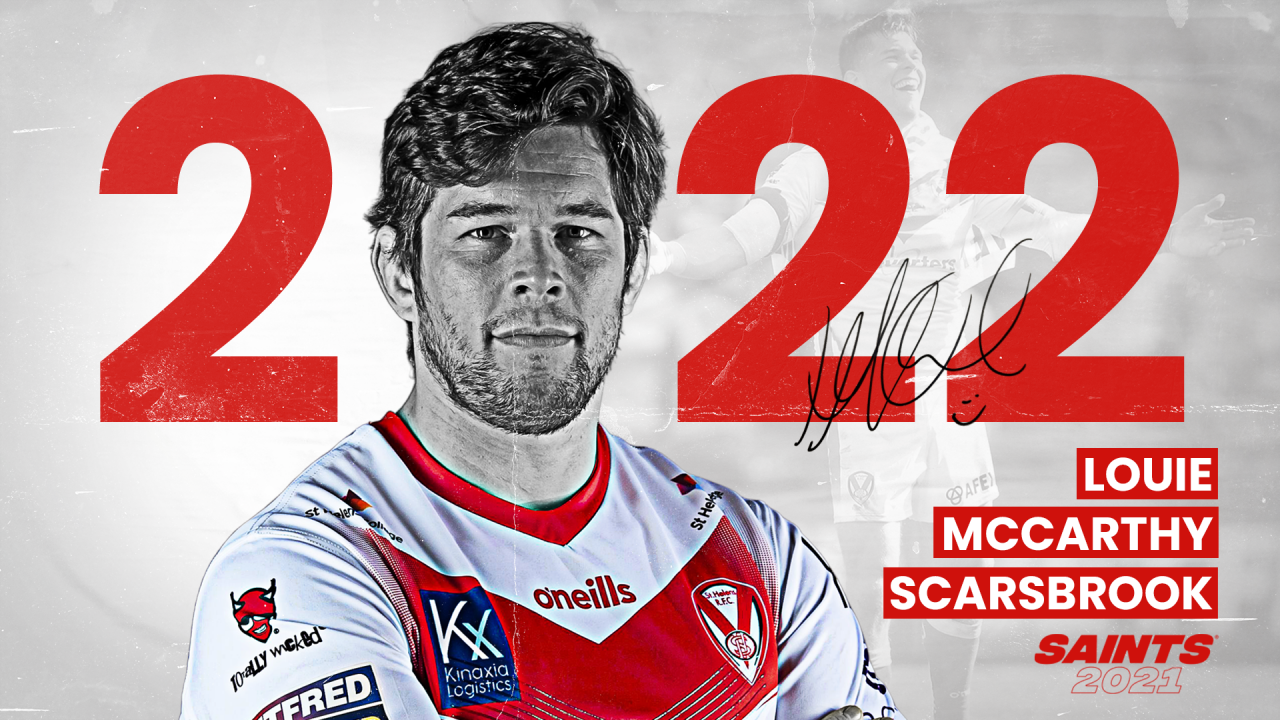 Louie McCarthy-Scarsbrook has signed a 12-month contract extension at the Saints which will keep him at the Club for at least the 2022 season.

LMS, 35, recently celebrated a Testimonial Year with the Saints having joined the Club back in 2011 from Harlequins and next season will be his 12th at St Helens.

He has so far made 313 appearances for the Saints which has seen him win three Super League titles, three League Leaders Shields and most recently a Challenge Cup.

Fresh from signing his extension, LMS said: “It is a fantastic achievement and an honour for me to be here for another season next year.

“Thanks to all the staff, to Mike Rush, Eamonn McManus, Kristian Woolf and the fans. I now can’t wait for the rest of this year and 2022.”

Head Coach Kristian Woolf added: “Louie is an important signing for us. In the early part of the season he came in as a starting prop alongside Alex Walmsley and held us together and led from the front and played a big part in our success in the Challenge Cup.

“More recently he has shown what an impact he can have off the bench for us. He still has good leg speed and has an infectious energy. He is well respected by both the staff and the players and has a wonderful way of enjoying his footy which rubs off on the whole group. He is a bloke I really enjoy coaching and I am looking forward to working with him again next season.”

Chairman Eamonn McManus said: “Louie is playing as well as ever and thoroughly deserves another year’s contract.

“He’s been a fantastic and popular club man over his 11 seasons with us. We are really looking forward to him continuing to be a key contributor to our continued success.”

His name is too long, but we love him… 🥰

Louie made his Saints debut against Wigan at the 2011 ‘Millennium Magic’ event and quickly established himself as a real crowd favourite.

He made his international debut for England against Wales in 2008 and played for Ireland in the 2017 Rugby League World Cup.