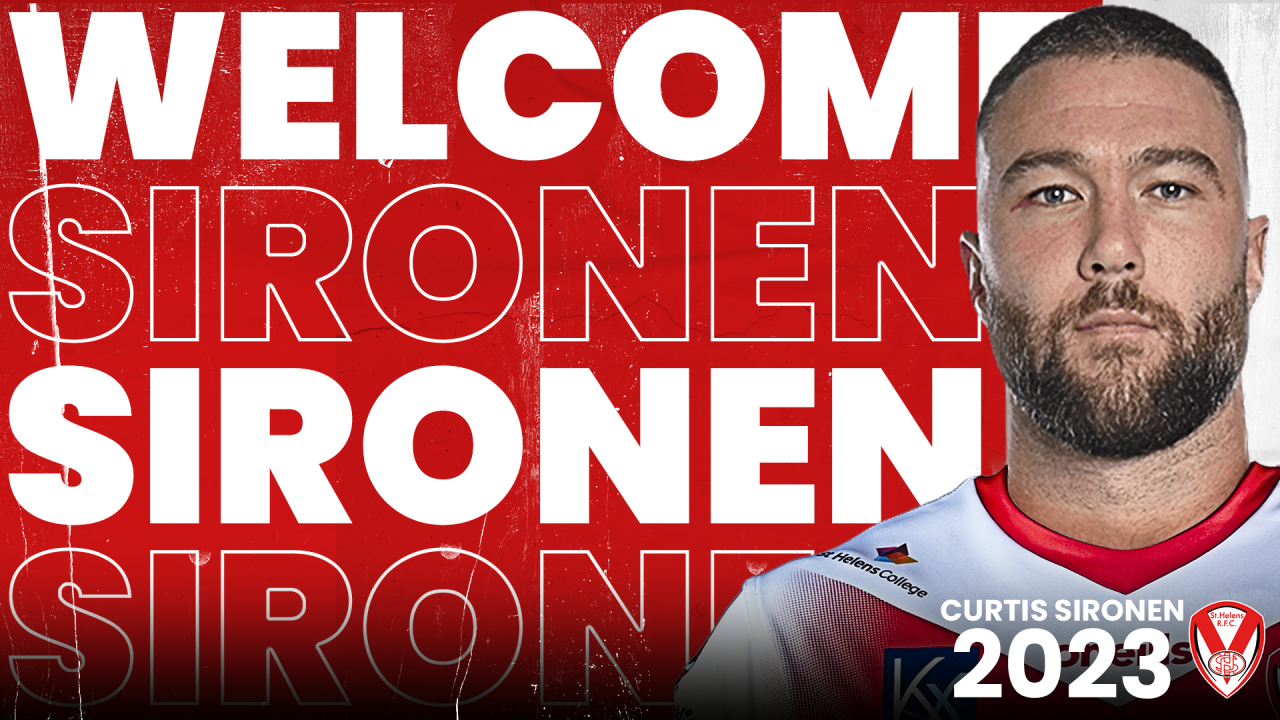 Saints secure Sironen on a two year deal for 2022

St.Helens R.F.C. is delighted to confirm the signing of 28-year-old second rower Curtis Sironen from Manly Sea Eagles on a two year deal from 2022 – with the option for a third.

The forward, who stands at 6ft 4in and weighs in at nearly 110kg signs from Manly Sea Eagles where he has made 65 appearances, scoring 17 tries.

Sironen, the son of Balmain Tigers legend and retired Australian International, Paul Sironen, previously played 65 times for the Wests Tigers between 2012 and 2016, crossing the line 8 times.

A strong edge runner with plenty of aggression and great ball-playing skills, made his NRL debut at the age of 18 for West Tigers back in 2012 and has also represented City Origin.

We are delighted to confirm 6ft 4in second rower 𝗖𝘂𝗿𝘁𝗶𝘀 𝗦𝗶𝗿𝗼𝗻𝗲𝗻 will be a Saint from 2022, signing from @SeaEagles on a two year deal with the option of a third! ✍️#COYS | #SaintSironen pic.twitter.com/6nY9GQnl9o

On signing for Saints in 2022, Sironen said: “I am very excited about the next chapter in my career and I couldn’t have hoped to have signed with a better club.

“Every Australian player knows that the Saints set the benchmark in the English Super League. I felt extremely comfortable from the get-go when speaking to Kristian Woolf and Mike Rush and I even had an opportunity to chat to Paul Wellens about the move.

“It was a very easy decision for me because I always wanted to play in England at some stage and I feel now is the right time to be making the move. My ex-Manly teammate Joel Thompson also told me some wonderful things about the club and its supporters.

“Obviously my focus remains on the Manly Sea Eagles and hopefully I can finish the season on a big note.”

Head Coach Kristian Woolf added: “He is a big athletic, edge back rower with a very good skill set. Being a stand-off in his younger years he has a real good passing and second phase game, so he has all the attacking attributes to make a real impact for us next season.

“He knows how to play tough and has very good defensive ability so he will improve us. He knows Joel Thompson well and we know he is a real good person who will fit into the group. He likes his training, is very professional and diligent so he is exactly the type of player we want to recruit.

“We are really looking forward to him coming over and becoming a Saints player in 2022.”

He will join the Saints along with Will Hopoate ahead of the 2022 season and everyone at the Club is looking forward to his arrival.