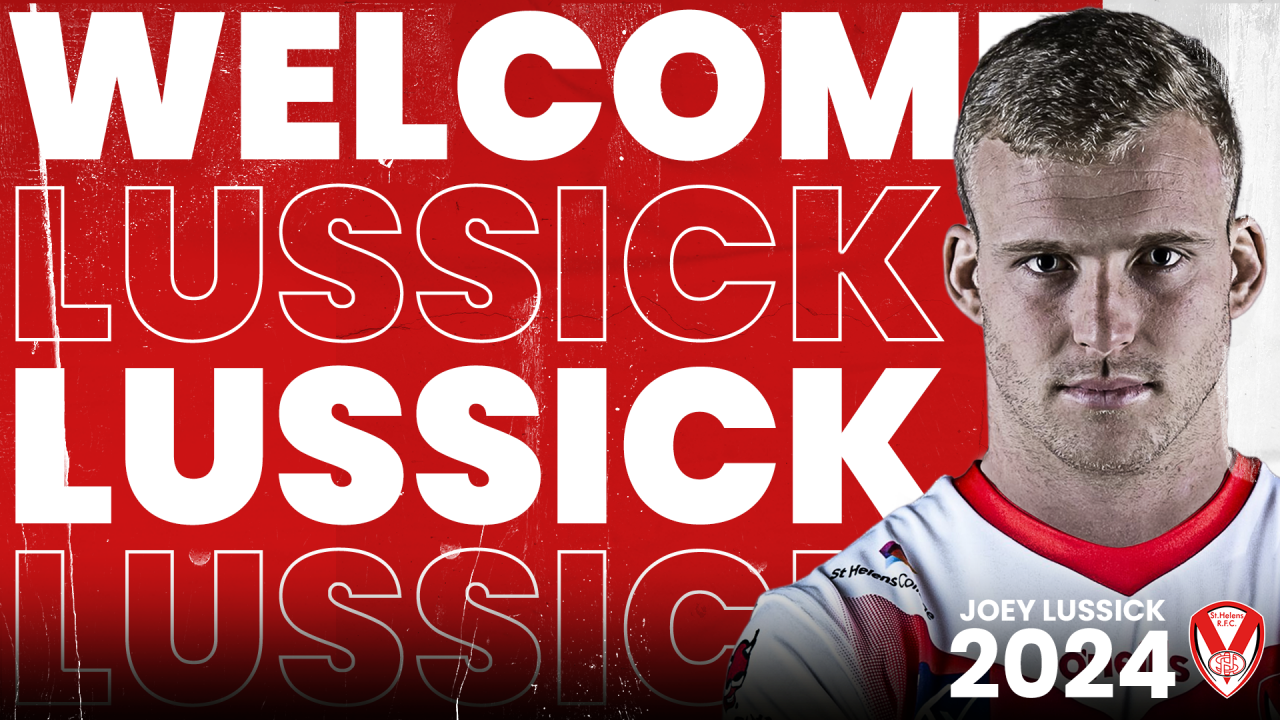 CONFIRMED: Lussick to link up with Saints in 2022

St.Helens R.F.C. can now confirm the signing of 25-year-old hooker Joey Lussick from Parramatta Eels on a three year deal from 2022.

Lussick already has Super League experience, having moved to the UK at the back end of the 2018 season where he impressed at the Salford Red Devils making 59 appearances, scoring 18 tries.

Joey made a name for himself as one of the brightest hookers in Super League, helping to guide the Red Devils to a maiden Grand Final appearance in 2019 – where they lost out to Saints, as well as to a Challenge Cup Final a year later.

That resulted in him being snapped up by the Eels, where he debuted earlier this season against a Club he made one appearance for in 2017, the Manly Sea Eagles.

Joey, the brother of Darcy, who had spells at Toronto Wolfpack and Salford himself, has since broke into the Eels starting 13 and has made 9 appearances so far this season scoring three tries. He will hope to recover from a recent injury to feature in the Eels playoff run-in.

On signing for Saints in 2022, Lussick said: “I am really excited for the future ahead over at St Helens. The Saints have been the powerhouse team and the team to beat over the last few years, so I am really looking forward to being a part of that next season.

“I really enjoyed my time in England and St Helens won the year I was at Salford as well as the following year. They are going well again this season and I have seen nothing but strong performances. They have set the standard every week so I am looking forward to playing my part.

Lussick is also looking forward to working alongside current hooker and captain James Roby. “James Roby has been a world class player, he continued. “Everyone in Australia and England knows him and has been one of St Helens greatest ever players and he will be potentially one of the most capped players ever too.

“I am really looking forward to picking his brains and training alongside him. He is the skipper of the club, and I can’t wait to share the training field and playing field with him.”


🗣️ Hear from the Club's newest signing @joeylussick who tells us why he is looking forward to working with Captain and fellow hooker James Roby at St Helens next year! 🙌

Subscribers can watch in full on Saints TV 👇

Head Coach Kristian Woolf added: “Joey is a player who caught everyone’s attention playing for Salford. He showed how hard he competes and how he can find the try line at Salford and is a proven Super League player.

“We know we need competition for places and another player in the hooker position and we have done a lot of homework on Joey. He is exactly the type of player and person we want. He is now showing his talent in the NRL and has the core skills of a hooker including a great kicking game and a great ability to find the try line.”


Lussick will join the Saints along with Will Hopoate and Curtis Sironen ahead of the 2022 season and everyone at the Club is looking forward to his arrival.

Watch some of Joey's best tries over his two and a half year stay at Friday's @superleague opponents, @salforddevils! 👊#COYS pic.twitter.com/h4azuly59J