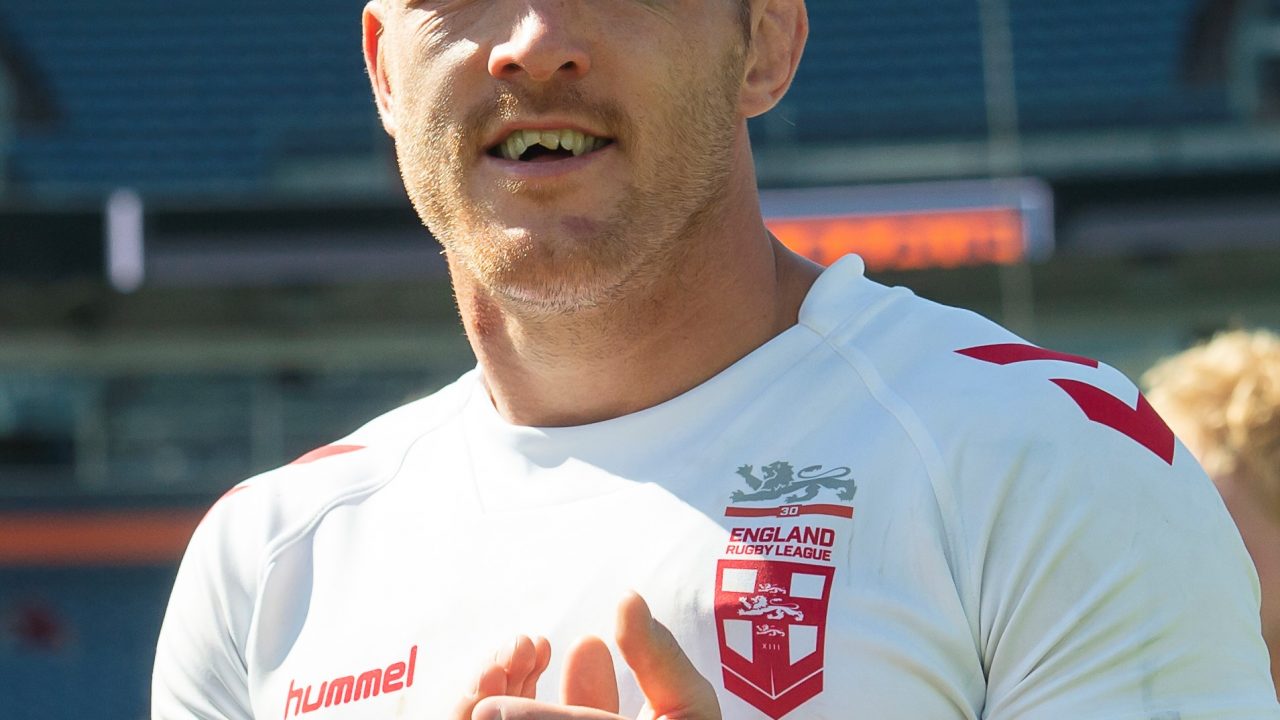 35-years old Roby, who signed for one more year with the Club earlier this month and who will next week lead St Helens’ quest for a third consecutive Betfred Super League title, says the postponement of the 2021 Rugby League World Cup until autumn 2022convinced him the time was right to bring his international career to a close.

James Roby said: “I was hoping to be selected for RLWC2021 this autumn and taking absolutely nothing for granted, but 2022 is a year too far. Time waits for no man.

“I’ve had some incredible experiences and standing for the national anthem as an England or Great Britain player is something I’ll never forget. I’ll be supporting Shaun and the boys next year, and there’s no reason why they can’t go all the way.”

James Roby made his international debut for Great Britain against New Zealand in Christchurch in 2006, and went on to make 36* appearances for England and seven for Great Britain, scoring six tries. He was named man-of-the-match on his first appearance in a World Cup, for England against Papua New Guinea in 2008, and also played in the 2013 and 2017 tournaments – including the World Cup Final against Australia in Brisbane.

Roby adds: “We were so close to beating Australia in the 2017 final and we were close too against New Zealand in the semi-final at Wembley in 2013. I’d have loved to have won some silverware, but we were always the nearly men.

“I remember my debut really well. Brian Noble selected me to tour Down Under. I was only 20 and got the opportunity to play against Australia and New Zealand alongside the likes of Kevin Sinfield and Rob Burrow, and other players I looked up to like my Saints team-mates Leon Pryce and Paul Wellens. Brian’s a great fella, and that tour made me want to be involved again and again.

“I’ve also been fortunate to line up in the pack alongside some real enforcers – the kind of players who would die on the pitch if you asked them to. James Graham, Sam Burgess, Jamie Peacock, Adrian Morley…I loved taking the field with players like them. They just do whatever it takes.

“I’m very grateful for the opportunities I’ve had and I’d like to thank everybody who has played a part in my international career, however big or small the role.”

England Head Coach, Shaun Wane, said: “I’ve been a long-time admirer of James and I’m gutted that I never got the chance to coach him. He’d have played in the World Cup had the tournament gone ahead this year, but I understand the reason for his decision.

“James is one of those players who consistently delivers exactly what coaches want and he very rarely gets it wrong. He’s a great number nine, which is why fellow professionals like [former England captain] Sean O’Loughlin rave about him. He’s a legend.”

James Roby will play his 19th and final season for St Helens in 2022. The former Blackbrook amateur has been with the club for his entire professional career and has made more than 500 professional appearances with St Helens, England and Great Britain. He is a four-time Super League Grand Final winner, four-time Challenge Cup winner, a World Club Challenge winner in 2007 when he was also named Super League Man of Steel, and has been named in the Super League Dream Team six times. 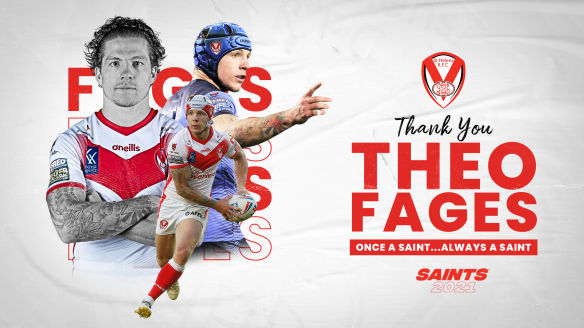 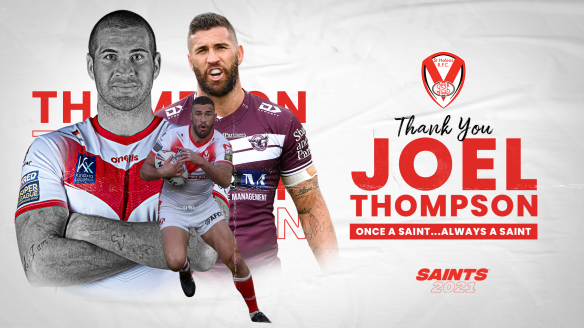 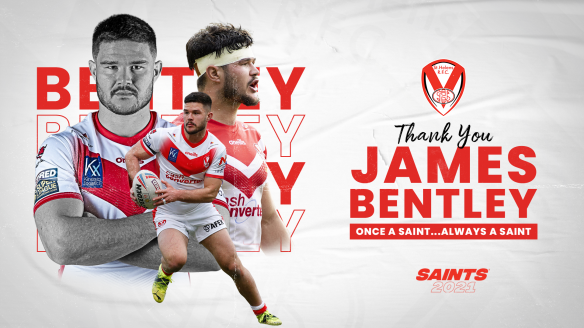 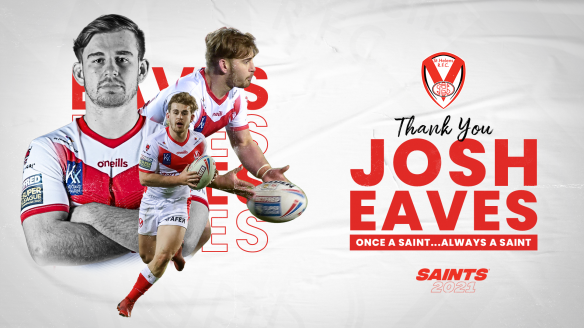 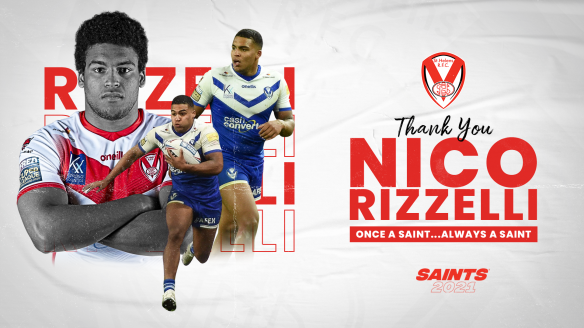 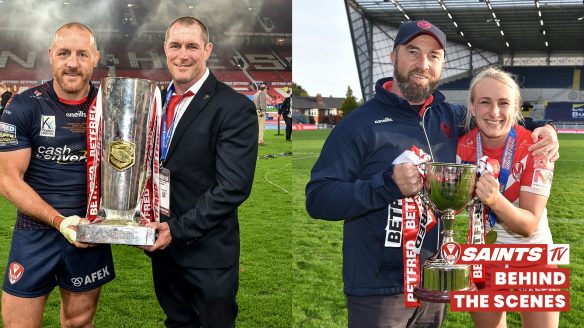 One week on | Re-live our historic Grand Final weekend 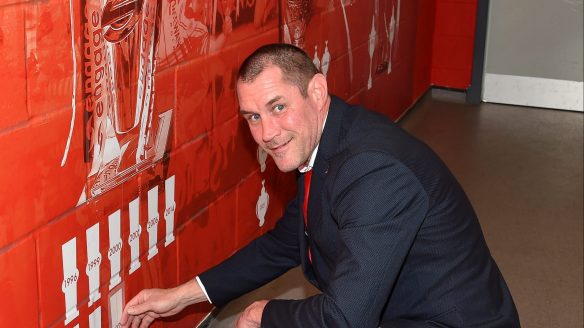 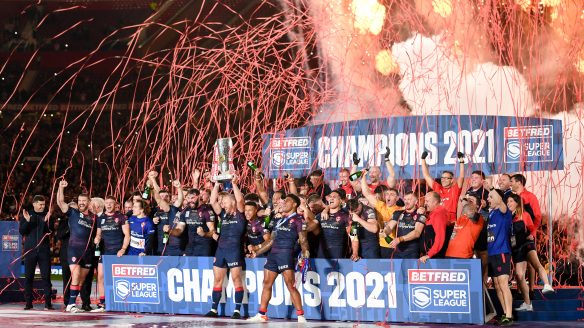 Classic, First Team, Off the Pitch

All the celebrations from our historic three-peat!