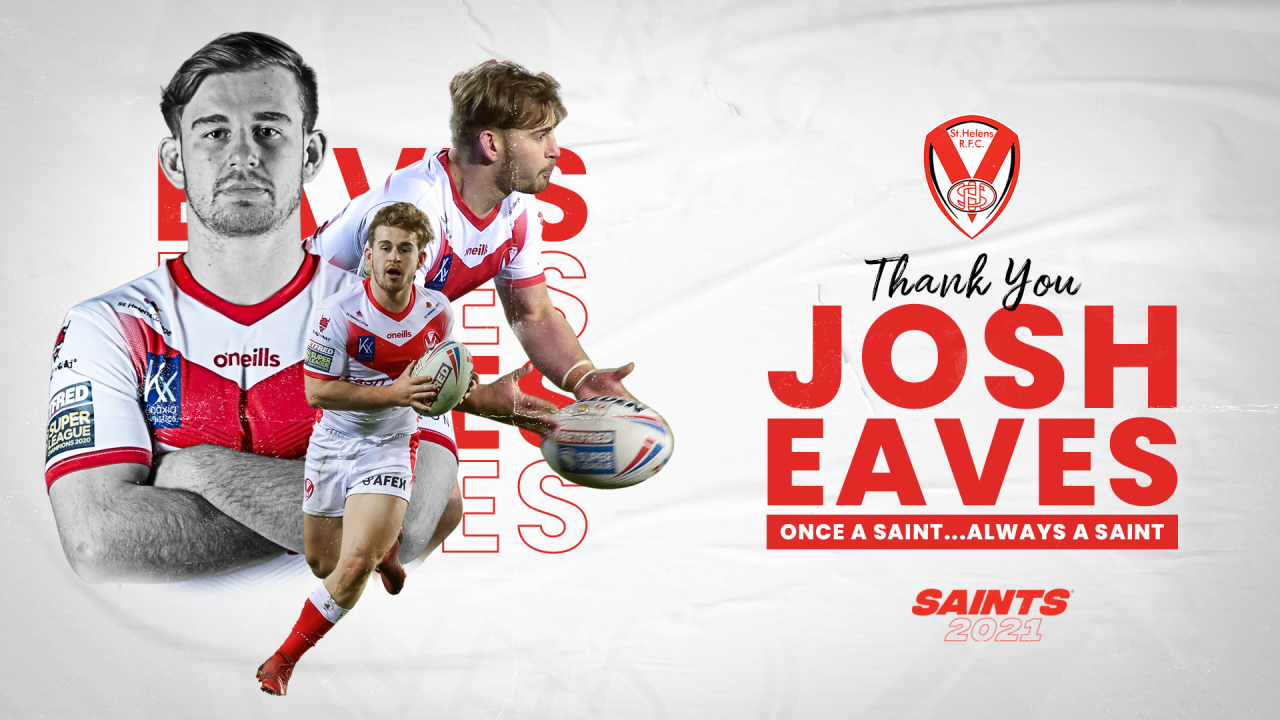 All week we will pay tribute to our departing St Helens players.

Next up we thank Josh Eaves who has been a well-respected member of the squad for a number of years having been at the Club since he was 14.

Josh was part of the unbeaten Academy Championship side of 2016 alongside the likes of Regan Grace and Aaron Smith. Eaves progressed through the ranks to make his Saints first team debut in 2019 in a defeat to London Broncos before scoring his first senior try against Salford in 2020.

Josh Eaves said: “I’ve loved my time at the Club. I am a St. Helens lad and to have progressed through the academy system and to play for my home town club has been a dream come true.

“I’ve loved training with this special group of players every day and enjoyed playing my part in the clubs ‘three-peat’. I wish the club all the best in the future.”

Eaves’ destination will be announced by his new Club in due course.