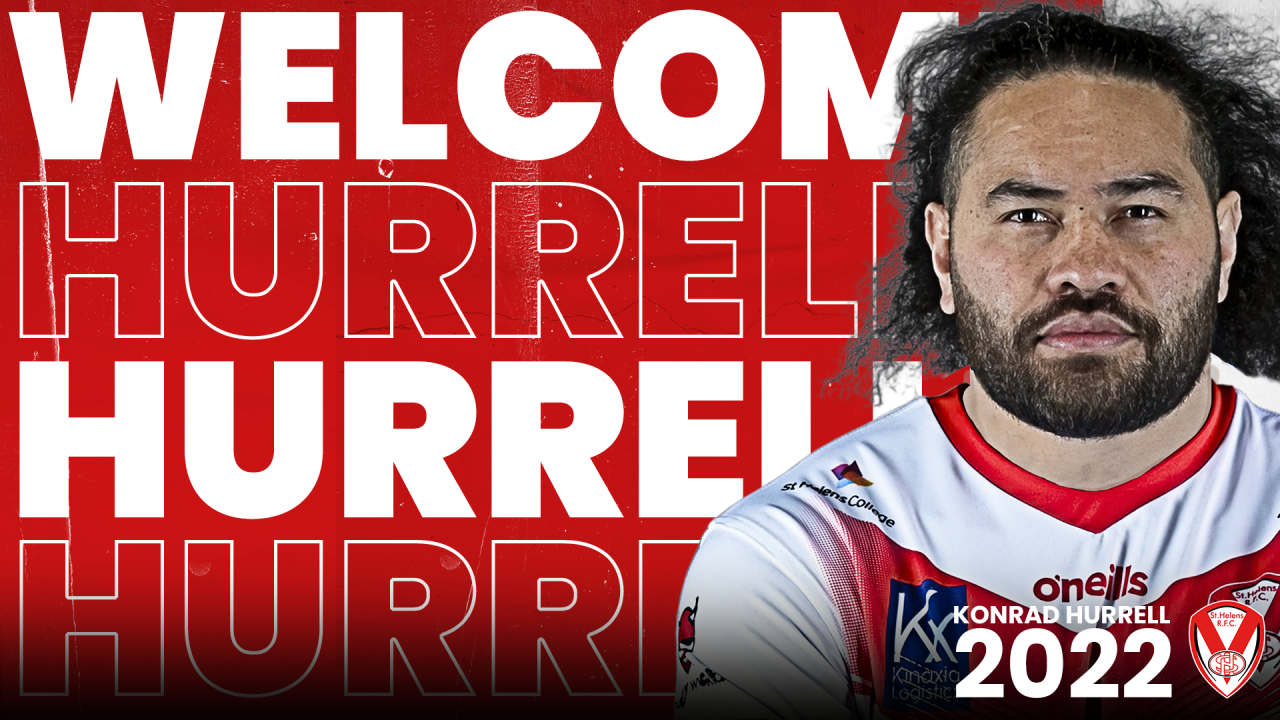 St.Helens R.F.C. can now confirm the signing of Tongan international centre Konrad Hurrell from Leeds Rhinos on a one year deal in 2022.

Hurrell joined the Rhinos ahead of the 2019 season from NRL side Gold Coast Titans and was named in the Super League Dream Team in his first two seasons, scoring 23 times in 55 matches and being crowned a Challenge Cup winner in 2020.

Previous to that he had played seven seasons in the NRL having made his debut with the New Zealand Warriors in 2012. He moved to the Gold Coast in 2016 before scoring for the World All Star team in a win over the Indigenous All Stars. He made a total of 116 NRL appearances scoring 55 tries.

Hurrell has also won 11 caps for Tonga on the international stage, playing in the last two World Cups and links up with his national coach Kristian Woolf once again for 2022.

On signing for Saints, Hurrell said: “I am honoured to sign with this team. The Saints have won three titles in the row and are currently the best team in Super League. I am blessed to have the opportunity because a lot of players and young kids want to play for this team. I am truly grateful.

Buzzing 🔥 Looking forward to meeting you all ❤️ https://t.co/OC82FdLkvq

Head Coach Kristian Woolf said: “Everyone knows ‘Koni’ is a great character and he has a terrific ability to enjoy rugby league and make the fans feel a part of the team. What I also know is he is a terrific competitor and I know he has not been happy with what he has done in 2021.

“There are a number of reasons for that, people may forget he has had some family tragedy through lockdown which made last year a really tough year for him and that sometimes gets forgotten. He is a strong family man and that does affect your footy and what you can do on the field.

“I have been really proud watching him get through that as well as overcome some injuries and I am really happy he is joining us. I know what he is as a player and he has played in some real big games for Tonga and been one of our best players. The 2017 World Cup beating New Zealand is an example, he really stood up in that game as he did against Great Britain and Australia in 2019.

“He was in the 2019 and 2020 Super League Dream team and coming into our environment next season I think he will really thrive in it. We will get him at his fittest and at his best and if we do that and he is happy, we will have a real player on our hands.

“He can be a real X Factor for us next year and I am sure the fans will love him.”