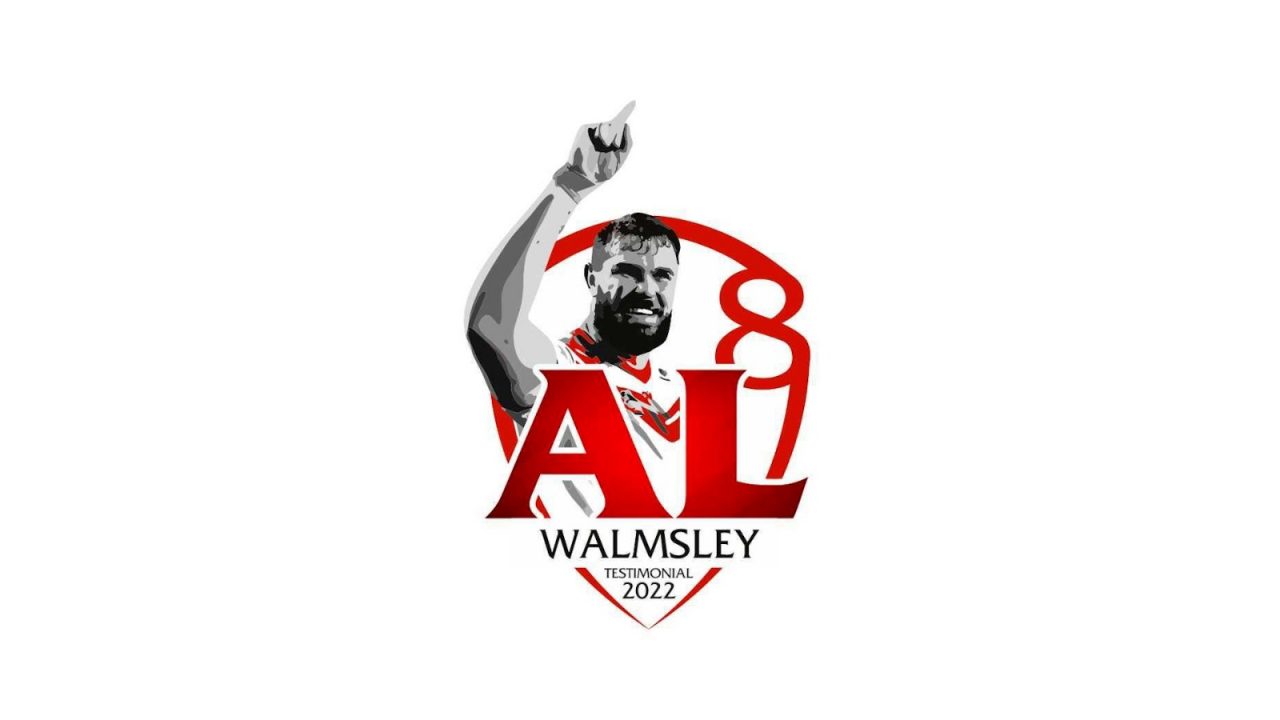 St.Helens R.F.C. is delighted to announce that Alex Walmsley has been awarded a Testimonial year in 2022 as he heads into his 10th season in the Red Vee.

Walmsley, who signed an extension in March until the end of the 2024 season, initially penned a three-year contract back in 2012, before making his debut at home against Hull FC. He went on to make 26 appearances for the club in his first season.

An uncut diamond, his go forward had people talking about early international honours and he continued his progression in 2014 helping Saints win the Super League Grand Final. In 2015 he went up another level, making more than 4000 metres – and he signed a new deal with the club.

He was stellar in 2016 and that continued in 2017 with England international honours. Alex signed a new four-year contract in 2018 but sadly he suffered a neck fracture at Warrington, just five games in, and missed the full season.

2019 saw Alex fight back and was a stand-out performer, leading from the front as Saints went all the way to lifting that famous Super League trophy at Old Trafford yet again. He was also rewarded by representing Great Britain on their first tour since 2013.

2020 was arguably Alex’s best in a Saints shirt. He powered his way into the Super League Dream team after an impressive 10 tries in 20 appearances and was often the key to our success.

And last season he led from the front again as his powerful runs from the pack helped Saints complete an historic #ThreePeat and our first Challenge Cup victory in 13 years. His performances again resulted in a third inclusion in the Dream Team and another England call-up. On being awarded his Testimonial, Walmsley said: “I’m honoured to have been awarded a testimonial year at St Helens. Ever since I pulled on the famous Red Vee back 2012, I knew this was my home. The past nine years have truly been memorable and it doesn’t get much better than winning three Grand Finals in a row and a Challenge Cup. It’s what dreams are made of. The news that the Club and the RFL have granted me a Testimonial Year is the icing on the cake and I am excited for the year ahead in 2022. Stay tuned for details!”

Mike Rush, Chief Executive at St.Helens said: “Alex has been a terrific servant for our club and he thoroughly deserves his Testimonial year.

“Both on and off the pitch Alex is a true professional and his performances on the field have been world class for a number of years. He is without doubt, the best prop in Super League. Alex had a rapid rise to the top since we signed him from the Championship and year on year he has got better and better. He is an example of someone who has worked hard, through the lower leagues and progressed onto International honours.

“He was again crucial in our 2021 success and I am sure all our fans will pay tribute to him in his Testimonial Year in 2022.”

Walmsley will have a Testimonial match in the new year and this along with the charities he has chosen to support will be announced in due course.