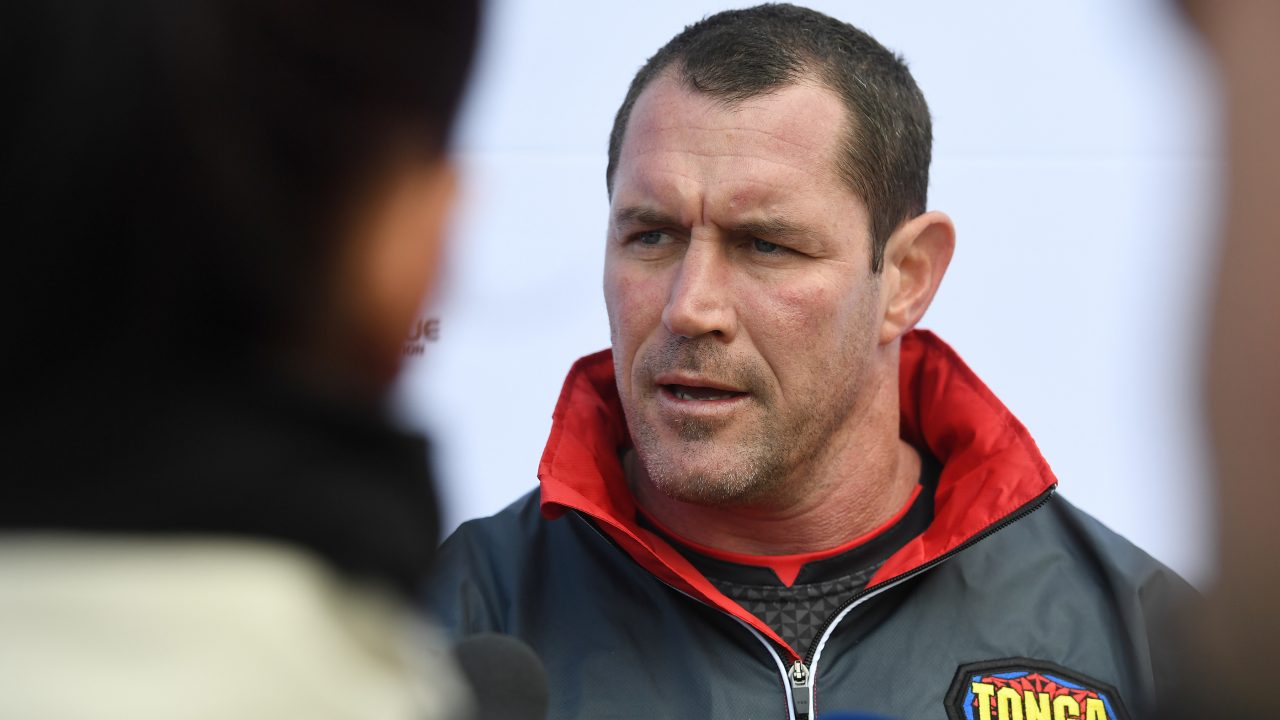 Our Head Coach Kristian Woolf has done his bit for the Tonga project with a large donation of kit and has encouraged more fans to donate their sports clothing at the Shining Lights Centre as we look to fill a container to send to Tonga!

The Saints boss, who is also the Tongan National Head Coach donated a large number of his coaching tops from his time at Saints to the Tonga cause earlier today and he has both thanked fans and encouraged more support. Hear from him below.

Those who play for local Community Club’s please drop these off with your St Helens Rugby League Committee Member who will arrange for these to be added to our container for transport. The Club kick started the Tonga initiative by supplying 250 shirts from our existing stock as well as pairs of boots and equipment earlier in the week – watch that by clicking here.

Our generous fans have started donating replica shirts and sports clothing at the Shining Lights Centre as we look to fill a container to send to Tonga! 👕

After launching the Tonga relief project earlier this week, we have seen huge numbers of support and positivity with fans already donating rugby clothing and equipment to the cause.

A number of generous rugby league fans have also donated to the cause by the way of the Just Giving Fundraising page which can be accessed here: https://www.justgiving.com/campaign/SaintsSupportingTonga

For those that missed the big reveal, the Club launched an initiative which will see replica shirts and sports equipment sent to Tonga to help provide children with vital clothing and resources after the island was devastated recently following a Tsunami.

Follow the link below for all the details, including how you can get involved!