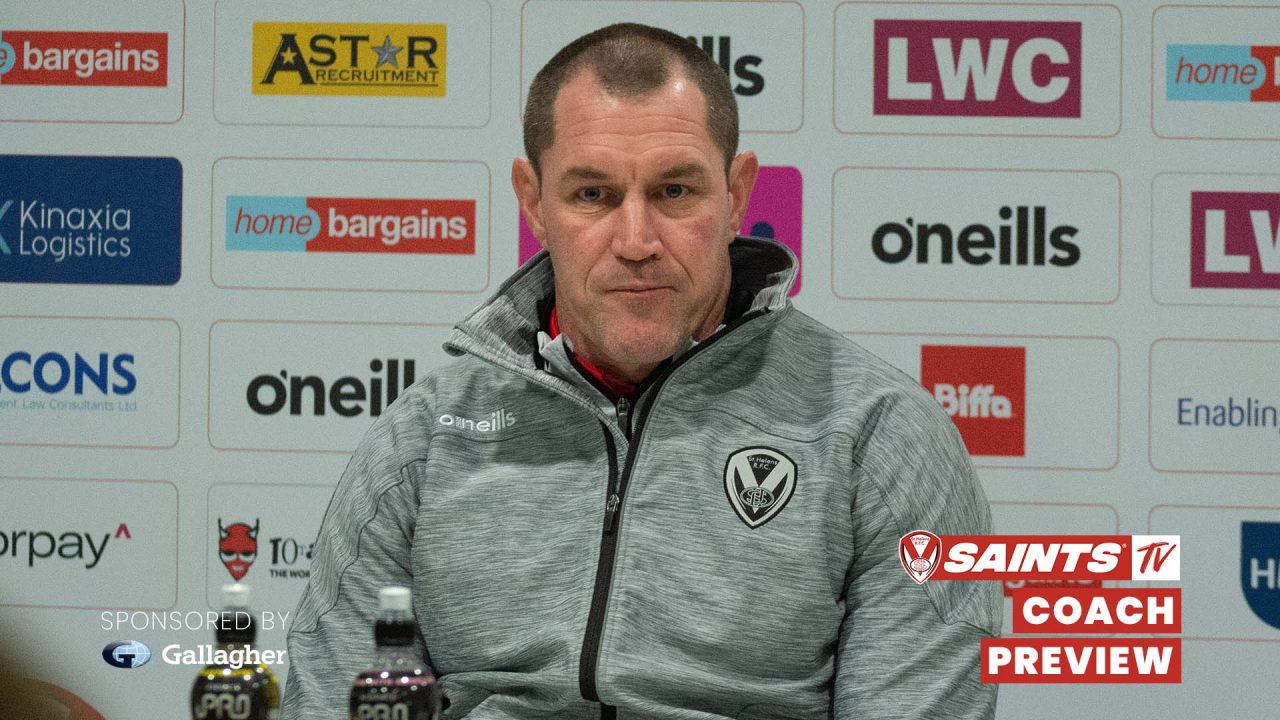 Woolf explains squad decision ahead of debuts against Tigers

Hear from Head Coach Kristian Woolf who has shed some light on his young squad ahead of our trip to Castleford Tigers on Friday night.

On the back of a busy Easter schedule which will see Saints play three matches in eight days, the boss has named a young squad which could see up to nine debutants make their first team bows on Friday and Woolf has revealed why he is giving the youngsters an opportunity.

Woolf has also stated that he is confident his young side will be up for the challenge and insists he will pick a team who he believes can return with the two points.

The game is live on Sky Sports with kick off at 8pm from the Mend-A-Hose Jungle. Tickets can be bought here.

Watch the full press conference – over video link – above.