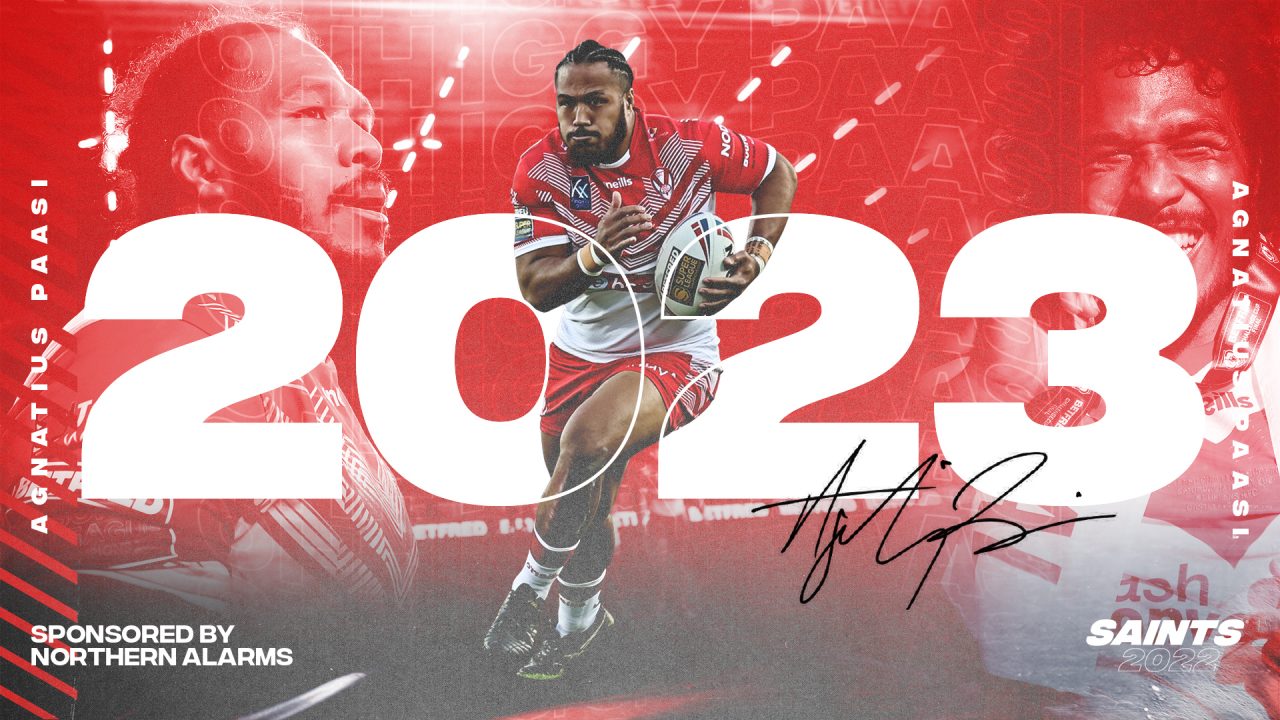 Powerful prop Agnatius Paasi will be with the Saints in 2023 after the Club triggered his 12-month contract extension.

The Tongan born prop, joined Sione Mata’utia who also extended his stay with us into 2023 earlier in the week, in committing himself to the Saints for a third season.

Paasi signed from the New Zealand Warriors in November 2020 where he was one of their stand-out players averaging over 100 metres and 28 tackles a game.

On signing for the Saints, Paasi said: “I am really happy to stay here for at least another season. My partner and kids are happy here and I am just doing my job out there and giving it my all and I am happy to stay for another year.

“My manager is speaking to Rushy [Mike Rush] and hopefully we can stay even longer, I am enjoying it and if it is possible to stay for longer I will do that.”

Head Coach Kristian Woolf said: “It’s a great sign of where our squad is heading that Iggy wants to carry on with us. I worked with him over in Australia and with Tonga and I knew that if we got him fit, that he would have a big impact on this team.

“He is a popular member of the squad and he has had a massive impact with us. He has a great skill set, offload game and I like what he does defensively for us. He will continue to improve and he fits the role we want from him perfectly.”

A 2011 NYC premiership winner with the Junior Warriors, Paasi made his NRL debut in 2014. He then joined the Gold Coast Titans making 54 appearances between 2015-2017 before re-joining the Warriors in 2018.

That year saw Paasi lead the Warriors to their first NRL finals for seven years, starting in 23 of the club’s 25 matches. By the end of the season, Paasi had also won selection in the Kiwis’ 24-man squad for the one-off Test against Australia and the three-match series in England.

He has been almost ever-present for the Vodafone Warriors in 2019, missing just one match in a campaign in which he made his 100th NRL career appearance. In total Paasi made 107 appearances, scoring 14 tries in the NRL and was capped by Tonga in 2014.