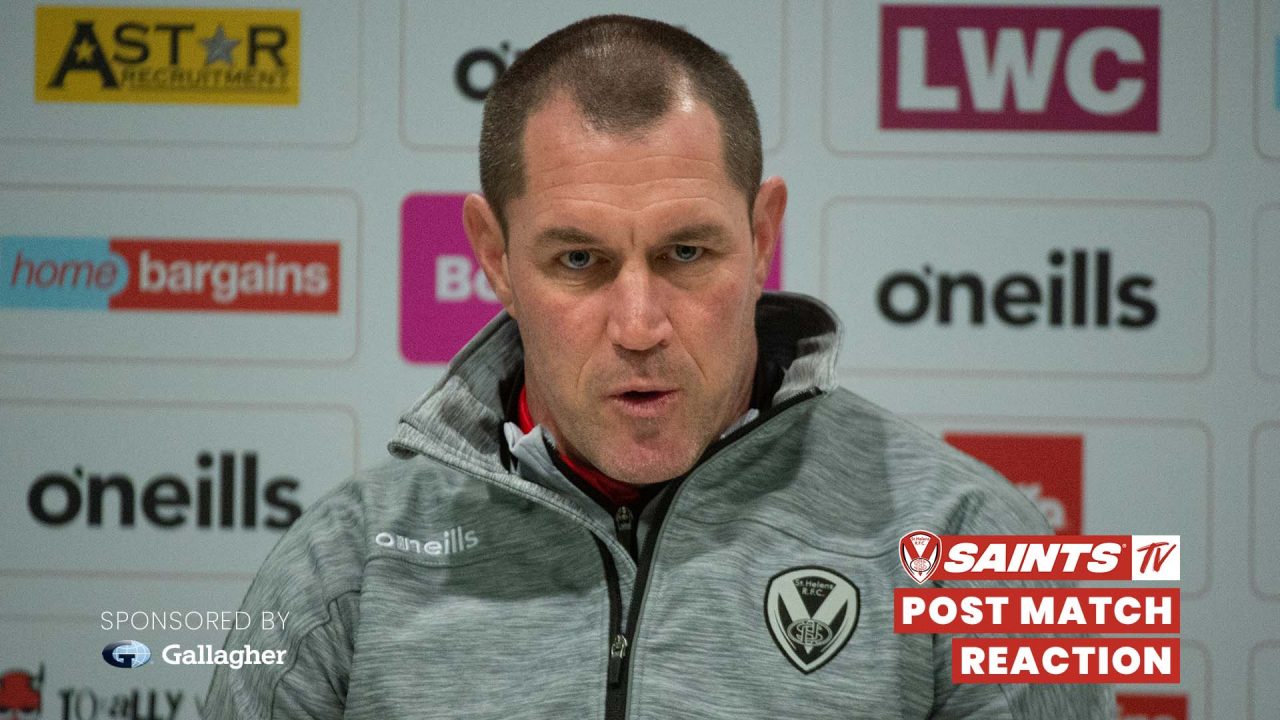 Head Coach Kristian Woolf reacts to Saints disappointing defeat to Salford at the AJ Bell Stadium whilst he also shed some light on the injuries to Curtis Sironen and Regan Grace.

Saints were soundly beaten 44-12 in Salford on Sunday and boss Kristian Woolf admitted his side were not up to scratch, but paid credit to the Red Devils.

Regan Grace left the field after a nastily looking injury which saw him go down, un-apposed and Woolf has admitted it does not look good.

“When you fall over and no one has touched you, it is usually a bad sign. It will need scans,” he said.

He also revealed that it looks like Curtis Sironen, who also left the field mid-way through the first half, has suffered a similar bicep injury to that of Jonny Lomax, but said that both he and Grace need scans to determine the extent of their injuries.

The Club will update further once those scan results are clear.