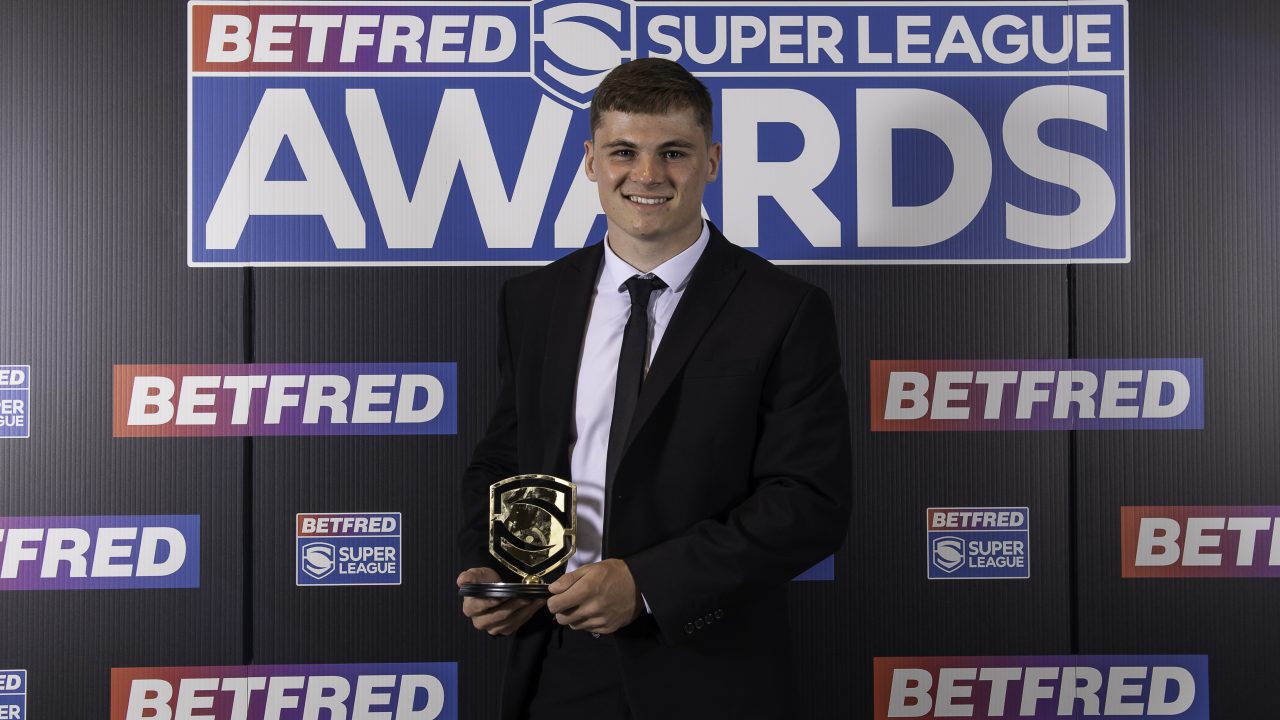 Behind the Scenes: Welsby retains Super League Young Player of the Year award!

Jack Welsby has been crowned the 2022 Betfred Super League Young Player of the Year – for the second year running!

Welsby, 21, was crowned the winner at tonight’s Betfred Super League Awards evening after an impressive season which has seen him rack up 13 tries and a hugely impressive 27 assists. His season form was rewarded recently with a first inclusion in the Super League Dream Team.

In fact, in the 24 regular season games that he’s been a part of, he has failed to have a try involvement in just two.

Welsby, sponsored by A Team Electrical, has already played a key part in St Helens securing the Super League League Leaders’ Shield for the first time since 2019 and will aim to help the Club lift a record breaking fourth Super League crown against Leeds Rhinos at Old Trafford on Saturday.

On picking up the award, Welsby said: “It’s a real honour to be receiving this award. There is so much young talent coming through Super League so to be crowned the winner for the second successive year is an honour for me.

“I was also privileged to be nominated for the Betfred Man of Steel award, but I would swap all personal honours for another Grand Final winners ring.

“It is going to be a packed out Old Trafford and I am really looking forward to it. As a kid this is all you want to do – play in big games and I am thankful I will hopefully get the opportunity to do that for a third year running!”

The award was selected by the English Performance team and Jack follows previous winners, Harry Newman (Leeds Rhinos) in 2020 and St Helens’ own Matty Lees in 2019.