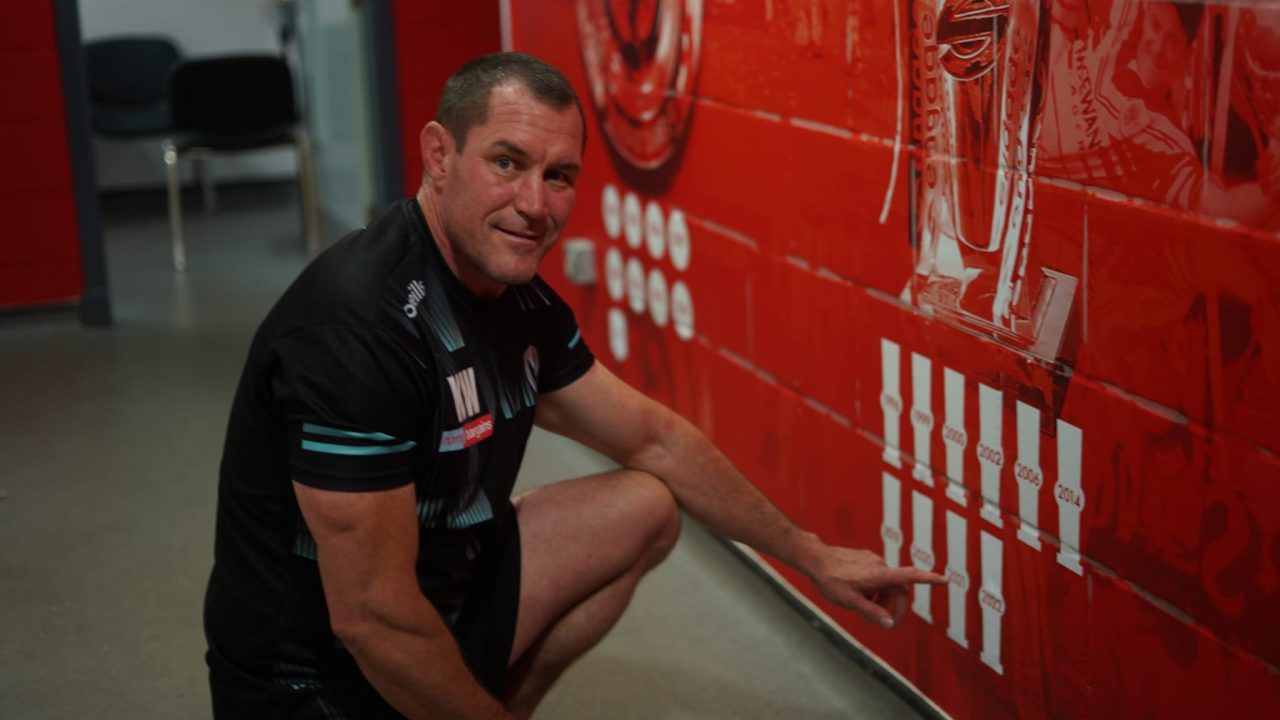 Woolf adds final piece of jigsaw to time at Saints

Following triumphant scenes last weekend as Saints were crowned Super League Champions for a 10th time – our fourth in a row, Head Coach Kristian Woolf headed back to the Totally Wicked Stadium to add his final Club achievement to the ever-growing major honours wall!

The departing boss has the proud achievement of securing the 2020 and 2021 Grand Final as well as this season, his first League Leaders’ Shield and third Grand Final in a row – the first Super League coach to do so as the Club secured its record-breaking fourth.