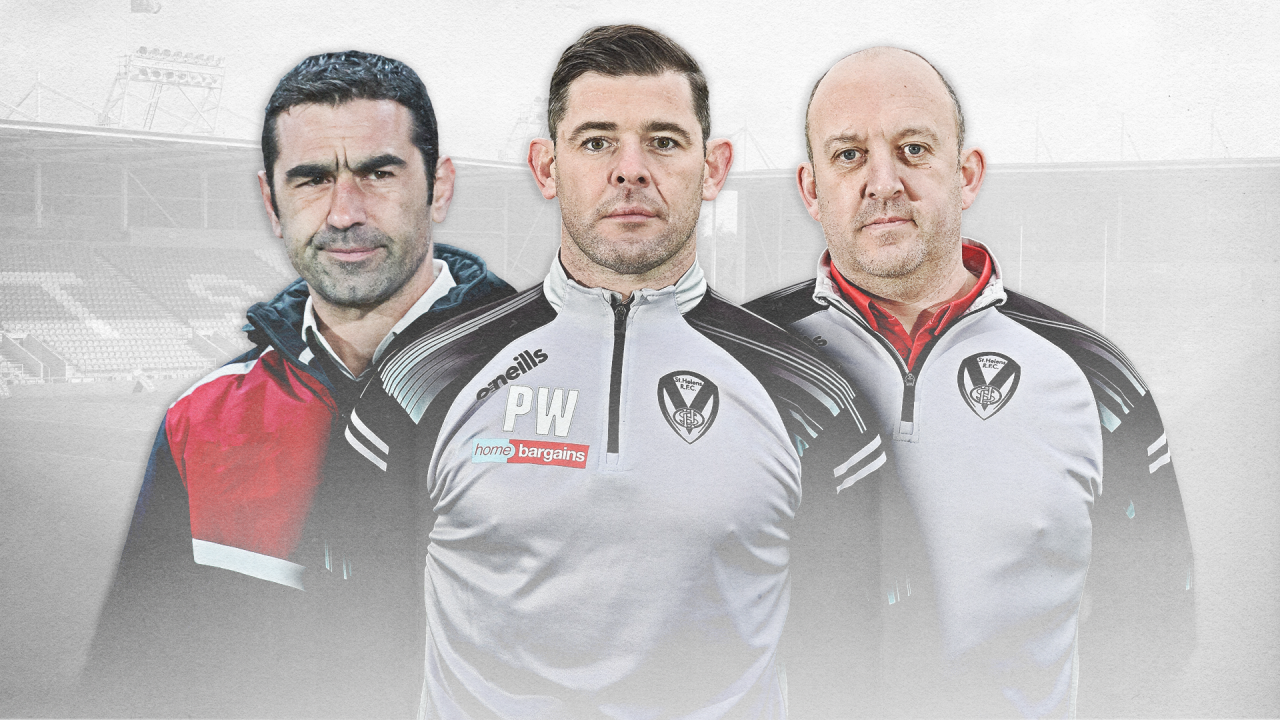 St.Helens R.F.C. is now delighted to confirm that Paul Wellens will succeed Kristian Woolf as the club’s new Head Coach whilst France national team boss Laurent Frayssinous will join him as an Assistant ahead of the 2023 Super League season. Wellens has been part of the Club’s coaching team since 2015 when he became Player Performance Manager, working with the Academy and then the Reserves, before stepping up to be assistant coach at first-team level.

He has coached under an array of world class coaches including former Saints Justin Holbrook and more recently Kristian Woolf, playing a key role in the Club’s four Grand Final wins in a row and a first Challenge Cup for 13 years.

Wellens, 42, who had a glittering playing career at the Saints, helping the Club win two World Cub Challenges, five Super League titles and five Challenge Cups during 495 appearances, beat off strong coaching competition for the role which included both young, up and coming as well as experienced personnel.

He has signed a two-year deal at the Saints, with the club having an option to extend his contract by a further year. Frayssinous was appointed head coach of the Catalans Dragons back in 2012, replacing Trent Robinson, who had left to coach the Sydney Roosters. At 35, he was the youngest coach in the Super League at the time, and the first French coach of the Perpignan-based club.

He spent five years as Head Coach before in 2020 he was appointed as the France National team coach.

He will join up with the Saints following the conclusion of the Rugby League World Cup with France and signs a two year contract at the Club. Ian Talbot will continue in his role as Assistant Coach having been so successful working under Justin Holbrook and Kristian Woolf.

He has been at the Club for over 15 years having coached at Academy level, more recently being named as the Reserves Head Coach as well as Lancashire Origin Head Coach.

Ian brings a wealth of experience and will work alongside Paul and Laurent in 2023.

On the appointment of Wellens and Frayssinous, St Helens Chairman Eamonn McManus, said: “It’s truly wonderful that Paul Wellens has been appointed Head Coach of his hometown club. He was the stand-out candidate in every regard and will make a great Head Coach.

“It’s fitting that we have true club legends as coach and as captain in the 150th anniversary of our great club. I wish Paul every success, as I’m sure every Saints fan does.

“The appointment of Laurent Frayssinous as Assistant Coach is also a critical as well as a complementary appointment. He brings extensive senior experience at both club and international level and will provide great support to Paul and to the coaching team.”

New St Helens Head Coach, Paul Wellens, said: “I am immensely proud to be named Head Coach of a club like this. Given the fact it is a club that I hold very close to my heart and one that I have been involved with all my life, it is a huge privilege and a huge honour for me.

“I have worked with some great coaches who have been hugely successful and I have had some wonderful experiences along the way too. I have learnt a lot I will lean on those experiences as I take the reins as Head Coach.

“I will take knowledge from all those coaches, but I also have my own ideas and philosophies and I will want the team to play my way. I know the fans and the town like an attractive style of rugby and I want to expand on that a little bit. Having said that, we also need to maintain the desire, the hard work and that defensive steel as that is what gets you over the lines in big games.

“What success has given this group over the last few years is a thirst for more and I also have that as a coach. I want to continue that. The challenge year on year does get tougher and it is one that we are going to have to rise to again.”

Laurent Frayssinous said: “I’m really excited about this new challenge. St Helens is a huge Rugby League Club and their un-rivalled success means I am joining them at a great time. To be asked to join Paul Wellens as a coach at this Club is a real privilege.

Luc Lacoste – Président of French Rugby League Fédération (FFRXIII) added: “We are very proud to have the French national team coach join the staff of St Helens next year. St Helens are one of the best clubs in Super League. This confirms that we were not mistaken about Laurent’s qualities and that the work he has done with the French team is, at this stage, recognized.”

The Club will unveil Paul as Head Coach at a press conference on Wednesday afternoon.