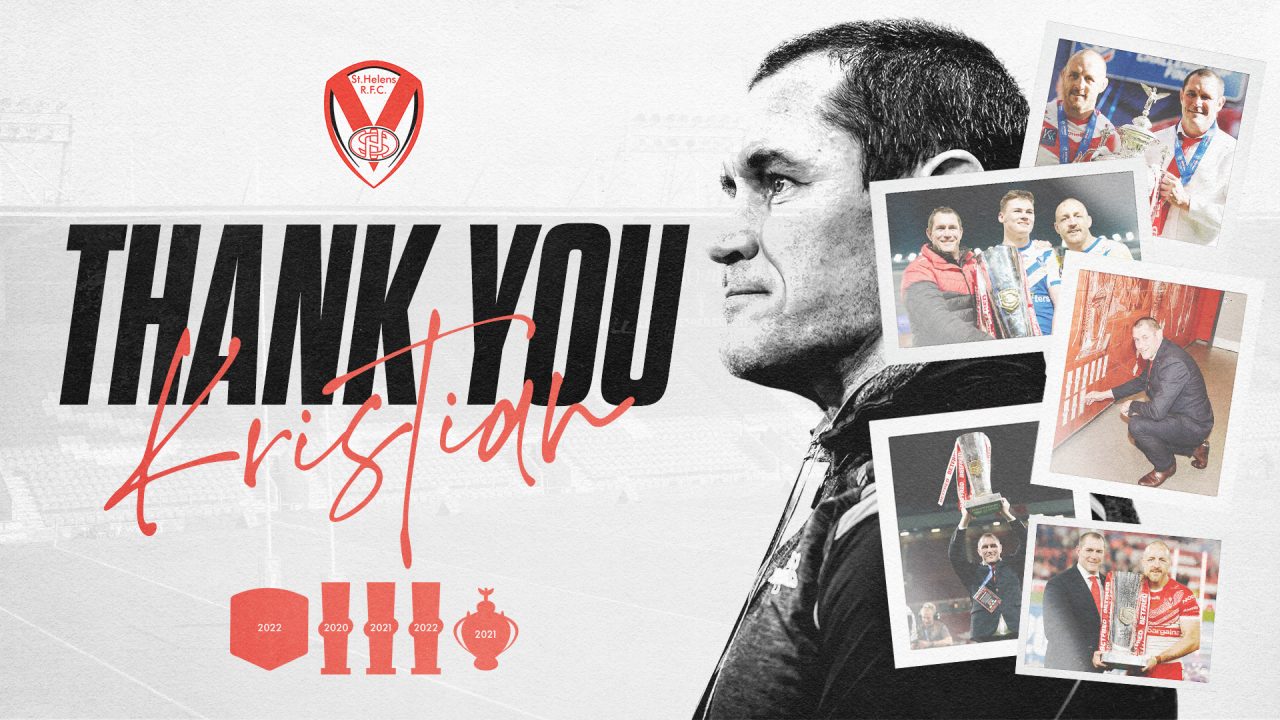 Kristian Woolf arrived at Saints in November 2019 from NRL side Newcastle Knights where he had been an Assistant Coach and interim Head coach. Over his five years as coach of the Tonga national team, Woolf improved the nation’s world ranking from 14th to 4th and guided them to the Semi-Finals of the World Cup back in 2017, defeating New Zealand along the way – the first time that a tier-two team had defeated a tier-one team. He took over at Saints following the stellar job that Justin Holbrook had done not only managed to match his plaudits, but even take them steps further. In 2020 Saints lifted yet another Super League going back to back with victory over the Wigan Warriors, then followed that up by matching a feat only the Leeds Rhinos had achieved by winning three in a row in 2021 beating the Catalans Dragons in the Grand Final. He also ended the clubs wait for the Challenge Cup in 2021, narrowly missing out on the League Leaders’ Shield. He remedied that the following year by leading Saints to the League Leaders’ Shield and Super League double, becoming the only team to win Super League four times in a row – and the first Super League coach to win three in a row. Kristian will depart the Saints for the Dolphins in the NRL and everyone at the Club is eternally grateful for his huge contribution and we all wish him the best of luck for the future.