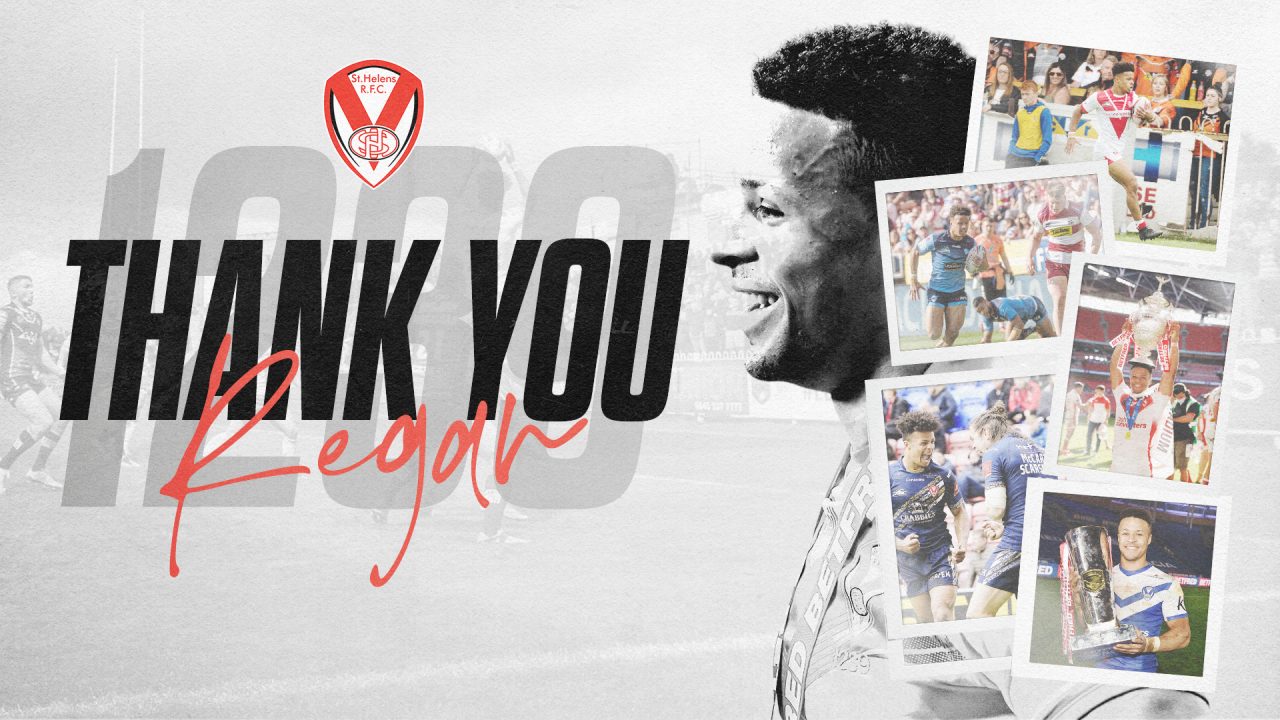 Our Welsh flyer. He joined the club after playing Rugby League for South Wales Scorpions at 16s and Wales at Under 18s. Regan’s try-scoring record in the Under-19s was phenomenal and he was part of the unbeaten Academy Championship side in 2016. The following year brought a much-anticipated first-team debut and he went on to cement his place on the wing scoring tries for fun. In 2018 he tallied 18 more tries and grew into a winger capable of not only scoring tries, but coming in to get quick yardage from the play the ball too. In 2019 he scored more tries than he had ever done previously with 22 tries in 33 games – just two tries behind Tommy Makinson who was named Super League’s top try scorer. With many stand-out tries, the pick may well have been his hat-trick against Wigan on Good Friday. The 2020 season saw Regan bag another 12 tries in 20 games including a memorable hat-trick against Leeds Rhinos – one of which was named Try of the Season. He bagged an impressive 21 tries in 23 games in 2021 as he helped us win three Super League Grand Finals and a first Challenge Cup in 13 years. 2022 was hampered with injury for Regan, but he still showcased some deadly finishes with four tries in his nine appearances including a crucial one in the Magic Weekend win over Wigan. Regan will move to France to play Rugby Union for Racing 92.