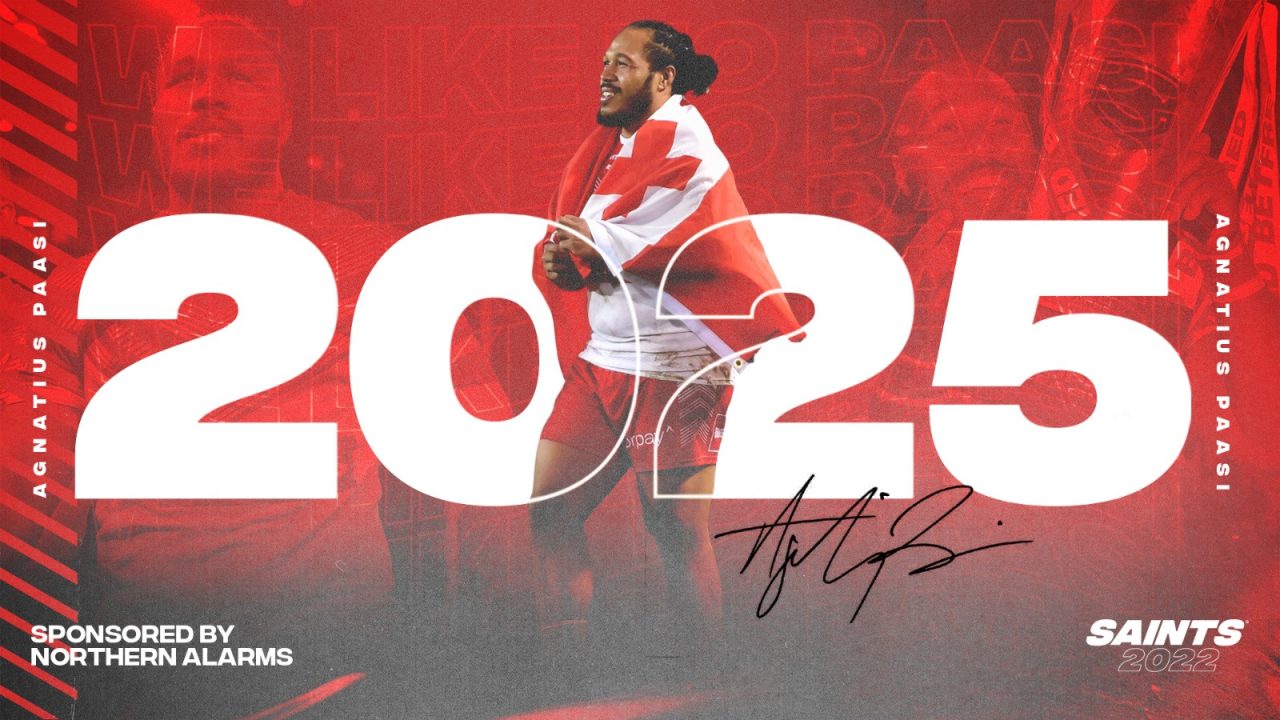 Powerhouse Tongan Agnatius Paasi will be with the Saints into the 2025 season after signing a new and extended deal.

The 30-year-old Tongan born prop had initially extended his stay at the club into the 2023 season, but has since signed a new extended deal which keeps him at the Totally Wicked Stadium for a further two years, into 2025.

Saints confirmed the signing of Paasi back in November 2020 ahead of the 2021 campaign, signing a two-year deal, with the option for a third.

Paasi played 21 times in his first Saints season, mainly off the bench, but his impact from it was crucial in Saints winning our third straight Super League Grand Final and a first Challenge Cup for 13 years.

In 2022 he made 29 appearances for the Saints, scoring two tries and was a real stand-out performer as he impressively filled the big shoes of Alex Walmsley, who had his season cut short through injury.

“The last few years were special, winning the Challenge Cup and the Grand Final and then to win another Super League title, I am certainly happy where I am and I’m happy for this town and I just cant wait for next year.”

Head Coach Paul Wellens added: “For Iggy to decide that he wants to stay here at the club for even longer just shows how well he’s fitted in here and settled down.

“He’s a massive player for us, he’s one of the most destructive ball carriers in the competition, he has a great offload game and brings a physicality to the team with how he goes about his defensive work”

“It’ll be great to see him continue to help us push for more trophies.”

A 2011 NYC premiership winner with the Junior Warriors, Paasi made his NRL debut in 2014, before joining the Gold Coast Titans making 54 appearances between 2015-2017.

He re-joined the Warriors in 2018, and that year saw Paasi lead the Warriors to their first NRL finals for seven years, starting in 23 of the club’s 25 matches.

By the end of the season, Paasi had also won selection in the Kiwis’ 24-man squad for the one-off Test against Australia and the three-match series in England.

He was almost ever-present for the Vodafone Warriors in 2019, missing just one match in that campaign in which he made his 100th NRL career appearance.

Averaging over 100 metres and 28 tackles a game in that season alone, he made 107 appearances in the NRL, scoring 14 tries along the way.